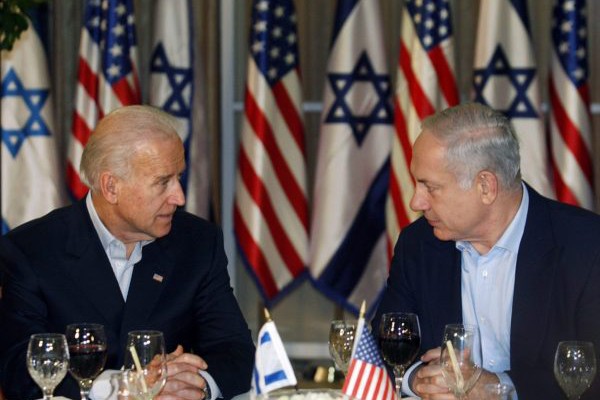 Partitioning Syria may be on the way

That dwindling band of observers that continues to express concern over the catastrophe that constitutes United States foreign policy under President Joe Biden have come to realize how the Ukraine situation is being used as cover for interventions and other similar mischief in other parts of the world. Recent reporting, for example, reveals that the Biden Administration has decided “to reestablish a persistent US military presence in Somalia to enable a more effective fight against al-Shabaab” in spite of the fact that “there is absolutely no constitutional authority for President Biden to send troops into Somalia or drop bombs on Somalia.” Nor does al-Shabaab represent a threat to Americans or American interests.

To be sure, the emphasis on Ukraine has a certain cogency as it is particularly dangerous and could lead to nuclear devastation in a situation where intervention by the United States was not only unwarranted but also unresponsive to any actual national interest of threat. And escalate it will if the White House continues on its current path. Ukrainian government sources are now stating that the United States is preparing to destroy the Russian Black Sea fleet to end the blockade of Ukraine’s ports. The commander of US forces in Europe General Christopher Cavoli seems to be confirming that report when he refers to the preparation of “military options” to help export Ukrainian grain.

One might suggest that such a move could just be enough to start World War III and World War III would almost certainly turn nuclear very quickly. Some might consider that taking a deliberate step that would inevitably escalate into destruction of the entire planet as we know it just might be a foreign policy mistake on the part of the President Joe Biden Administration but I’m sure the chairborne warriors down at Foggy Bottom would disagree, pointing out that nothing would make old Vladimir Putin run and hide faster than a barrage of harpoon missiles imbibed with his breakfast tea.

And, of course, there’s more. There’s always more. The focus on Ukraine in the US and international media combined with a stream of befuddling malapropisms coming out of the White House has obscured what is going on in other corners in the world, where Washington is also flexing its biceps in full knowledge that a manageable war or two will surely help one’s favorability rating come elections in November.

And there is always Israel. The Israeli army and police have recently been shooting dead Palestinian teenagers on a nearly daily basis, and that comes on top of the killing of Palestinian-American journalist Shireen Abu Akleh a month ago. Israel’s Defense Minister Benny Gantz was in Washington two weeks ago to meet and greet and one might suspect that he just might have been in town inter alia to express some apology for his army’s assassination of Abu Akleh, but that would be to misunderstand the bilateral relationship. In reality, when Israel shouts “jump” the Biden Administration responds “how high, sir?”

Also in the Middle East and also related to Israel, the US State Department has gone into a hissy fit over the May 26th Iraqi parliament’s unanimous vote to make illegal all “normalization” ties with Israel. State was quick to react, in contrast to its torpor dealing with most issues, but it was Israel involved, not just “most issues.” A statement was issued saying “The United States is deeply disturbed by the Iraqi Parliament’s passage of legislation that criminalizes normalization of relations with Israel [while also] jeopardizing freedom of expression and promoting an environment of antisemitism…” Ah yes, the old anti-semitism canard surfaces yet again!

There is also several interesting stories relating to Syria, which continues to be a hotspot because Israel wants to maintain its ability to freely bomb targets that it describes as “terroristic” or connected to arch enemy Iran. The bombing has continued regularly since the Ukraine situation started and has hardly ever been reported in the US media. And, yet again, there is more to the story in terms of US involvement. First of all, Russia reacted to the lukewarm Israeli support for its invasion of Ukraine. An Israeli attack on targets in Syria last week was met by a S-300 missile fired by Russian army manned air defenses. Up until now, Moscow has refrained from attempting to shoot down Israeli warplanes, but the missile was clearly a warning of what might be coming if Israel persists in its attacks.

Also relating to Syria, it is ironic that the US has accused Russia of war crimes over its intervention in Ukraine while at the same time continuing its own illegal occupation of Syria. And it has its own war crimes record. Last week the Pentagon announced that it had completed its investigation into an attack in Syria on March 18, 2019 that killed some presumed ISIS guerrillas as well as four civilians while wounding fifteen others. The Pentagon press secretary John Kirby said the Defense Department had determined that that the airstrike “did not violate the laws of warfare or the rules of engagement. Neither the ground forces commander nor anyone involved in carrying out the airstrike ‘acted inappropriately or acted with malicious intent’ or ‘deliberately wanted to and sought out to kill civilians.’” In an earlier investigation concluded last December, the Pentagon said “it would not hold anyone accountable for a drone strike also in Syria in late-August that killed 10 civilians, including seven children. A review of the strike concluded it was a ‘tragic mistake’ that was the result of ‘execution errors.’”

And there are also credible reports that the United States is preparing to de facto partition Syria, to create a separate state run by its Kurdish allies in the country’s northeast that would be under Washington’s protection and would include a garrison of American troops. Such a move would, of course, be completely illegal and is in fact eerily reminiscent of the alleged “war crimes” that the US is claiming regarding Russia for its attempted partition of Ukraine. Interestingly, the planning has not been reported in the mainstream media, yet another instance of the Ukraine crisis serving as cover to drown out all background noise and provide the US with opportunities to increase its meddling in places like the Middle East on behalf of feckless allies like Israel and Saudi Arabia.

Ironically, when the United States initially intervened in Syria, it claimed to do so to fight the terrorist group Islamic State in Syria (ISIS). Subsequently, it cooperated with an al-Qaeda affiliate while close ally Israel had a similar arrangement with ISIS itself. The Kurds and both ISIS and al-Qaeda are all believed to be involved in the theft and sale of Syrian oil. Now the US, which also has been stealing the oil, is seeking something like a permanent presence to solidify its control over Syrian resources.

Interestingly, the planning by Washington to create a sub-state or autonomous region in the north east of Syria was revealed by no less than State Department number three Victoria Nuland at a recent conference held in Morocco. Nuland, who was the driving force behind regime change in Ukraine in 2014, described the Syria development as a “stabilization” activity. The new entity would include Syria’s major oil producing region, which is currently being exploited by Washington and its “allies,” as well as much of the country’s arable land.

Washington has already applied unprecedented punitive sanctions on the parts of Syria controlled by the Russians and President Bashar al-Assad, to include the so-called Caesar Syrian Civil Protection Act’s secondary sanctions that punish anyone trying to avoid the restrictions placed by Washington. Former US Ambassador to Syria James Jeffrey put it this way “And of course, we’ve ratcheted up the isolation and sanctions pressure on Assad, we’ve held the line on no reconstruction assistance, and the country’s desperate for it. You see what’s happened to the Syrian pound, you see what’s happened to the entire economy. So, it’s been a very effective strategy….” He also added “My job is to make it a quagmire for the Russians.”

To circumvent the existing sanctions, the new mini-state would therefore be granted economic viability by making it sanction free as an inducement for foreign investment and development of settlements largely inhabited by Kurds associated with the United States. A “general license” will be issued to facilitate investment and other economic activity. The US will commit $350 million to the project, which is being carried out with the cooperation of the Turkish authorities controlling their own militias along the border. By securing the north east of Syria, Washington would also be able to maintain and protect the illegal US Al-Tanf military base in the south-east of the country bordering Jordan. Al-Tanf blocks the creation of a contiguous “Resistance Axis” from Iran to Lebanon and ultimately to Palestine, thereby maintaining “Israeli security” in the region. As is all too frequently the case, Israeli interests always come first in the minds of Washington politicians.