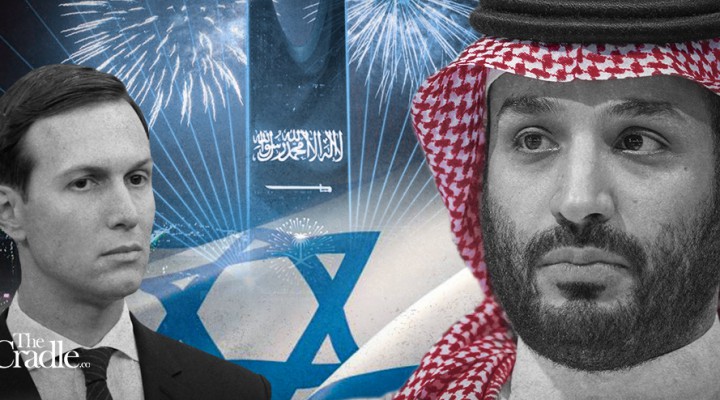 The Saudis need to choose: Will it be regional stability with Tehran or regional confrontation with Tel Aviv? Riyadh cannot have both.

Saudi Arabia is slated for a complete socioeconomic overhaul under Crown Prince Mohammed bin Salman’s (MbS) ambitious Vision2030, which aims to steer the kingdom towards a post-oil economy. For this to be realized, peace and political stability with Saudi’s neighbors is essential.

In this context, Riyadh sees diplomatic engagement with rival Iran as crucial to addressing the security dilemmas the kingdom faces from neighboring Yemen, Iraq and the Persian Gulf, which have the potential to derail progress on Saudi’s reform program.

However, MbS’ recent signals toward Israel could hinder the kingdom’s efforts to formalize the Iran-Saudi diplomatic ‘framework‘ aimed at bringing stability to its borders.

On 7 May, The Wall Street Journal reported that Saudi Arabia’s sovereign wealth fund, the Public Investment Fund (PIF) – of which MbS is chairman – committed $2 billion to a private equity fund for Israeli tech startups. This represents the first known case of the PIF investing in Israeli businesses.

During the Trump administration, Kushner and MbS formed a close interpersonal relationship. Kushner bypassed the US State and Defense Departments and dealt directly with the crown prince, helping him to consolidate power in return for closer alignment with Israel on Iran.

However, MbS eventually decided that the kingdom needed de-escalation with Iran as a means of addressing its growing security dilemmas in Yemen and the Persian Gulf. Citing the tensions it was causing with Iran, MbS took a step back from his partnership with Kushner by declining to join the August 2020 Abraham Accords struck between Israel and the UAE and Bahrain, which Kushner played a lead role in facilitating.

This was followed by an Iraqi-mediated dialogue initiated between Tehran and Riyadh in October 2021, which has continued with a few intervals up to the present.

Now, the investment in Kushner’s fund says two things about MbS’ current priorities. One, that the crown prince retains interest in finding niches of Israeli-Saudi cooperation, and two, that he intends to do so via the old, familiar approach with Kushner as a key broker and interlocutor.

But this challenges an important element of Iranian-Saudi diplomacy: namely, that both states’ compartmentalize their many differences across West Asia for the sake of detente and stability in their immediate, shared Persian Gulf region.

The Islamic Republic for its part has a very regionalized national security doctrine, which emphasizes keeping Israeli influence away from its own borders. Tehran may interpret MbS’ overtures to Israel as a sign that the Saudi talks are not promising outcomes consistent with its national security objectives.

If this is the case, Iran could decide to withdraw from the talks altogether. Indeed, Iran temporarily halted the Iraqi-brokered dialogue with Saudi Arabia in March when it launched missile strikes at purported Israeli Mossad sites in Erbil, Iraqi Kurdistan.

Additionally, since economic diversification is a key pillar of Vision2030, Iran may view the investment in Kushner’s fund as MbS integrating Israel into his own bigger-picture. From Tehran’s perspective, this is counterproductive to Iran’s desired scenario of an Israel-free Persian Gulf and therefore does not bode well for the continuity of Iranian-Saudi diplomacy.

While Turkey’s angle has more to do with building economic and security ties, for Riyadh this entente has special importance for its overall regional diplomacy. This is because the tension in Turkish-Saudi ties is associated heavily with the 2018 state-sanctioned murder of journalist Jamal Khashoggi in the Saudi consulate in Istanbul, reportedly at the personal behest of MbS.

The fallout from the murder made MbS persona non grata for many in the international community, and he remained a pariah until only relatively recently amid Russia’s invasion of Ukraine and the ensuing energy crisis.

Two weeks before Erdogan’s 28 April visit to Riyadh, a Turkish court transferred the trial of Khashoggi’s Saudi assassins to the kingdom. Thus, since Erdogan sees shoring up MbS’ international standing as necessary for their entente, the latter has reason to ensure that Ankara gets a degree of geopolitical value out of it too.

Critically, this is where the risk that MbS’ Israel outreach poses to Iranian-Saudi diplomacy, could spill over to the budding Turkish-Saudi normalization.

Turkey’s overtures to MbS have occurred in parallel with its rapprochement with Israel. If Turkish-Saudi dialogue covers regional agendas instead of just bilateral ones, Iran may well suspect the two of eyeing a bloc and drawing Israel toward it as a mutual ally.

Iran would overplay its hand and damage its diplomatic credibility by raking up Turkey in dialogue with Saudi Arabia, as the latter could interpret this as Iranian heavy-handedness and drop the idea that Iran is able or willing to help it de-escalate matters in Yemen and the Persian Gulf.

Tehran does not want this to happen, as it has tactically benefited from playing the Yemen/Gulf de-escalation card: both to bring Riyadh to the negotiating table, and to show it that avoiding Israel is a worthy trade-off to cool tensions with Iran’s allies in Yemen and even Iraq.

Conversely, if Iran accepts that it cannot force the Turkish factor into its talks with Saudi Arabia, its diplomatic strategy toward Riyadh provides no recourse against the possibility of MbS asking Ankara to help connect him to Tel Aviv.

In this scenario, continuing the Saudi talks presents Iran with a credibility crisis – that of its ability to enforce its national security red-lines by pressuring or incentivizing its neighbors to avoid Israel. This could lead to Tehran abandoning the dialogue with Riyadh, or putting it on ice.

Saudi Arabia needs harmony, not contradictions and conflicts, between its various diplomatic processes and dialogues, both to properly restore MbS’ international reputation and to provide the stability the kingdom needs for Vision2030’s implementation.

The diplomatic cadre in Riyadh seems aware of this, going by the Saudi Foreign Minister’s statement on 24 May that the kingdom’s hands are ‘stretched out to Iran’.

Currently, Riyadh’s most obvious and potentially impactful option to de-escalate tensions across the region is to continue its dialogue with Tehran. Shelving ties with Israel is a small price to pay for the stability-dividends it offers Saudi Arabia.