HOME / Exclusive Subjects / Why Isn’t Alt-Media Asking About The S-300s After Biden’s Latest Strike In Syria? 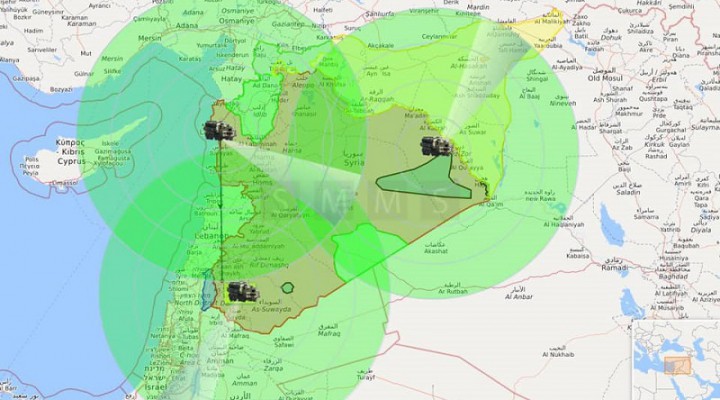 Exclusive- The Alt-Media Community is suspiciously silent about the S-300s’ no-show following Biden’s latest strike in Syria despite passionately promoting them over the past few years as the solution to defending the Arab Republic from foreign attacks such as this most recent one.

The US just bombed alleged Iranian allies in Eastern Syrian last night, which reportedly killed at least 17 of them and thus represents the Biden Administration’s first major international strike since taking office last month. The Alt-Media Community rose in unison to condemn this attack but many of its members are suspiciously silent about the S-300s’ no-show despite passionately promoting them over the past few years as the solution to defending the Arab Republic from foreign attacks such as this most recent one. It can’t be known for sure, but they might have realized that the dispatch of these systems to Syria in late 2018 following the tragic mid-air incident with “Israel” that September was nothing more than a psy-op to placate the angry masses. At the time, Syria accidentally shot down a Russian spy plane while aiming to hit an “Israeli” jet.

The Reality Of Russian-”Israeli” Coordination In Syria

Russia condemned “Israel” for its reckless mid-air tactical evasive maneuver which led to that missile hitting its own plane instead. It also claimed that it didn’t receive adequate enough notice in advance of that attack in order to take precautionary action to avoid the tragedy that ultimately transpired. This was in violation of their 2015 military “deconfliction” pact that was agreed to in the run-up to Russia’s anti-terrorist intervention in Syria. While Russia officially regards such “Israeli” attacks as violations of international law that complicate the country’s already complex conflict, it never does anything to stop them. This explains why the SAA has yet to obtain control of the S-300s since they’d likely use them to shoot down those jets, which Moscow might believe would further escalate the situation and potentially lead to it dangerously spiraling out of control.

After all, Syria got lucky in February of that year when one of its outdated S-200s destroyed an “Israeli” jet, proving that the SAA does indeed have the intent to use the S-300s to bolster its defensive capabilities in the face of such unprovoked aggression against it and in full accordance with international law. Nevertheless, that outcome would run contrary to Russia’s grand strategic “balancing” act of trying to promote a so-called “compromise political solution” to the country’s conflict, one which envisions the eventual withdrawal of Iranian forces and their allies such as hezbollah in possible exchange for “Israel” and the US stopping their conventional aggression against the Arab Republic. This isn’t mere speculation either since President Putin’s Special Envoy to Syria Alexander Lavrentiev explicitly called for those forces’ departure from the country.

The Arabic editorial of Russia’s publicly financed international media outlet Sputnik reported on his official statement in May 2018. According to Google Translate, he specified that: “We are talking about all the foreign military units present in Syria, including the Americans, the Turks, Hezbollah, and of course the Iranians.” While Moscow soon thereafter clarified that it acknowledges Tehran’s legal military presence in the country at Damascus’ request for anti-terrorist purposes, the Kremlin continues to deny the SAA the right to use the S-300s for the purpose of defending its allies from “Israeli” and American attacks against them. This observation very strongly suggests that Russia is pursuing a Machiavellian strategy whereby it unofficially hopes that “Israeli” and American strikes will result in Iran and Hezbollah’s forced withdrawal from Syria.

I elaborated in detail on this hypothesis in the following analyses which should be reviewed by the reader:

* 27 November 2018: “Russia’s Non-Denial About Brokering Iran’s Withdrawal From Syria Is A Big Deal”

* 17 December 2020: “Russian Influence In The Mediterranean Is Multipolar, Not Malign”

* 7 February 2021: “Syria Should Talk With The US Since Its Iranian & Russian Allies Are Already Doing So”

* 8 February 2021: “Balancing Regional Interests In Syria Is The Only Way To Reach A Compromise Solution”

The second answer in my recent interview with Iran’s Farhikhtegan newspaper also addresses this issue.

Curiously, Russian Foreign Minister Lavrov and “Israeli” Foreign Ministry Director General Ushpiz met in Moscow on the eve of last night’s attack to discuss the situation in Syria, according to Russian publicly financed international media outlet TASS. The official Twitter account of the Russian Embassy in “Israel” also shared a picture of their diplomatic teams smiling, laughing, and visibly enjoying themselves ahead of discussing such a serious topic as that one. It can only be speculated, but it might very well be the case that “Israel” was serving as an intermediary between Russia and the US to inform the former of the latter’s impending strike as part of the “deconfliction” agreement between their forces to avoid mid-air incidents such as September 2018’s tragic one. Sputnik later reported that Russia condemned last night’s strike, yet it did nothing to help Syria stop it.

It’s Time To Break The Taboo

At this point, honest members of the Alt-Media Community must publicly question why the S-300s haven’t yet been used for their official purpose of defending Syria from foreign attacks by “Israel” and the US. Under no circumstances should those who respectfully raise their concerns about this ultra-sensitive issue be accused of being “Zionists”, “agents”, or whatever else by the community’s gatekeepers who’ve hitherto aggressively pushed back against anyone who dares to ask this “politically incorrect” question. To the contrary, the objectively existing and easily verifiable fact that the S-300s have never even once been used to defend Syria since they were dispatched there in late 2018 for that explicit purpose very strongly suggests that those who attack others for asking this obvious question might be the real “Zionists”, “agents”, or whatever else.

Russia vs. The Resistance

There’s no “diplomatic” way to say this, but everyone in the Alt-Media Community must now declare whether they stand with Russia or the Resistance in Syria since their goals no longer overlap in the Arab Republic. They’re both against terrorism there, but that’s where their common interests end. Now that ISIS has all but been defeated, they disagree over the post-war presence of Iranian forces and their allies there. Russia’s reluctance to let the SAA operate the S-300s to defend its partners from American and “Israeli” attacks has resulted in Moscow passively facilitating those strikes against them. Everyone must now make their positions clear about whether they believe that Russia has the right to deny Syria the S-300s “for its own good” to avoid a larger escalation or if Syria should have the sovereign right to decide for itself if and when to use them.

Last night’s American strike against alleged Iranian allies in Eastern Syria forces everyone in the Alt-Media Community to ask why the S-300s weren’t used to defend them considering the fact that they were dispatched to the Arab Republic nearly two and a half years ago for the explicit purpose of deterring foreign attacks such as this most recent one. Only those who are dishonest will shirk away from asking this, while the provocateurs among them will attack those who respectfully do so as “Zionists”, “agents”, or whatever else. I’ve argued in this analysis that the S-300s were never really meant to be used against “Israel” or the US but were sent as part of psychological operation to placate the Arab Republic’s angry masses after the tragic September 2018 mid-air incident. Russia won’t let Syria use them because it wants “Israel” and the US to bomb Iran out of the country.

2 thoughts on “Why Isn’t Alt-Media Asking About The S-300s After Biden’s Latest Strike In Syria?”