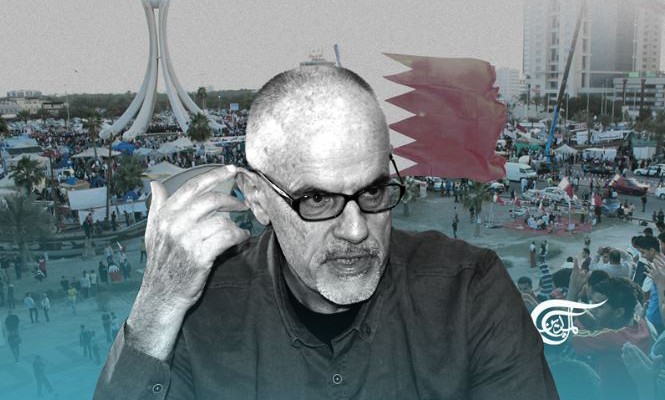 Manama’s ‘normalisation’ with the Israeli colony is a serious obstacle and one that springs from the undemocratic nature of the regime.

The Bahraini regime has just turned the page on the elections the tactic it wanted: elections without opponents or political associations in a bid to continue undermining rights and liberties and perpetuating the absolute powers of the King after he dismissed at least 100,000 citizens for the crime of belonging to – arbitrarily dissolved associations – or boycotting the last 2 electoral cycles, not to mention the suspicious division of the electoral districts and the main reliance on the participation of the politically-naturalised and the military personnel.  So, the expected results were predetermined by claiming that the turnout was massive and unprecedented “reaching 73%” ignoring popular discontent and the unwillingness of the majority of citizens to participate.  What happened confirms that Bahrain’s parliament is not going to witness legislative work in the upcoming days, but rather greater ties with the Israeli occupation throughout successive agreements in the sectors of the economy, finance, and medicine as well. To talk more about the elections and their consequences, I interviewed the Australian academic, Professor Tim Anderson.

1) What is your comment on the settings under which the Bahrain elections were organised?  Do you think it was credible to organise such a democratic process in a country that suffers from authoritarianism at all levels?

Before even mentioning elections in Bahrain we should recognise that there is little democratic in the 2002 constitution or its application. The National Assembly – with 40 elected members in the Council of Representatives and 40 royally-appointed members in the Consultative Council – is effectively just an advisory body to the hereditary monarch, who controls all state power.

Although this Assembly makes laws, the King and his appointees can block them. On top of that, the King appoints all executive ministers. The two Prime Ministers since independence in 1971, and many senior ministers, have been his family members.

In this context, the current elections for Bahrain’s Assembly are being carried out without the participation of most opposition parties, many of whose leaders are in exile or in jail.

As even the Washington-aligned Human Rights Watch group admits, this is a façade of democracy with little substance. But that façade allows other apologists (in the USA, the UN, and Europe) to go along with the Bahraini regime’s claims that its King is:

“Deeply interested in the involvement and partnership of citizens in the decision-making process, out of a true belief in the importance of democracy .. [and a] vision for the democratization and parliamentary process in the country.”

When it seemed there was a democratic opening, during the so-called ‘Arab Spring’ of 2011, a movement “demanding a constitutional monarchy and an elected prime minister” was brutally suppressed, with the help of the Saudi military. Security forces killed dozens of protesters and arrested hundreds more, many of whom were tortured in custody. After that most opposition parties boycotted the 2014 elections and, after that, the regime outlawed the main Shia opposition group, Al-Wefaq, and the main secular opposition group, the National Democratic Action Society (Waad).

Opposition figures were jailed or forced into exile. For example, former parliamentarian Abdul-Hamid Dashti was sentenced in absentia to a lengthy prison term for simply insulting the Bahraini and Saudi regimes. Banned political parties had their members further disqualified for any role in public office, under 2018 laws. The Bahrain Institute for Rights and Democracy said in 2022 that there were “potentially 1,400 political prisoners in Bahrain, out of a total prison population of 3,200-3,800”. Since 2011 there has been increasing use of the death penalty, often based on evidence allegedly obtained under torture. All this makes internal democratic organisation very difficult.

2) In your opinion, why did the Bahraini regime relentlessly promote the elections?  What are the benefits that it seeks – given that it does not respect the principle of the separation of powers?

The Bahraini tyrant seeks legitimacy and hosting the US 5th naval fleet helps him win powerful allies. As with Qatar (hosting a huge US air base) and Saudi Arabia, the US government has not launched any ‘Arab Spring’ colour revolutions against Bahrain. This means that, while occasional criticisms are raised, their usefulness to Washington helps soften their image.

For example Adam Ereli, former US Ambassador to Bahrain, argued recently that the ‘democracy’ of Bahraini regime “although falling short for some, arguably achieves the greatest good for the greatest number .. while admittedly imperfect, Bahrain’s stewardship of the democratic process nevertheless provides a much needed and publicly validated opportunity for its citizens to participate in the governing of their country.”

Other Arab countries with far greater democracy have been bombed by the US for their supposed political deficiencies. In other words, it matters little to Washington that there is no separation of powers and little democracy at all in Bahrain. Better that way, in fact; but for image marketing purposes the façade remains important. So the King presents democratic rhetoric, human rights reports, and near-meaningless elections, to mask the absolutist character of his comprador (foreign agent) regime.

3) How did you read the recommendations of Pope Francis to the King as well as the recommendations of the Universal Periodic Review of the Human Rights Council?  And why, in your opinion, does the international community adopt double standards in Bahrain?  Why does it acknowledge the existence of repression when it does nothing to ease the stifling restrictions imposed on Bahrainis?

A. In his recent visit to Bahrain Pope Francis did raise questions about the execution of prisoners, religious discrimination, and migrants’ rights. He was said to have asked privately for the release of some of the country’s political prisoners. Nevertheless, the interfaith meeting he attended was certainly a show aimed to cover discrimination against the 70% majority Shia Muslim population. The latter is politically active and both Washington and the Bahraini monarchy often link them to Iran, to blame Tehran for destabilising the regime.

The UN’s Human Rights Council (HRC) has not yet responded to the ‘fourth cycle’ report from Manama, which was lodged in early November. However, in its 2017 response to the ‘third cycle’ of reports, the HRC tried to push the regime to agree to inspection of its prisons (so as to assess the use of torture), to remove all reservations on the women’s rights treaty (CEDAW), to stop all executions and to ‘consider political reform’. There is not much sign of change, but Manama is certainly ‘going through the notions’ of responding in some detail to the latest ‘Universal Periodic Review’ (UPR).

Once again, the big power sponsors of the Bahraini regime shelter it from any harsh criticism. Indeed, historically, both in Latin America and in West Asia, Washington has supported many bloodthirsty, dictatorial regimes. The best current example is the Saudis, key sponsors of Al Qaeda and ISIS/Daesh terrorists.  It should be plain that human rights and democracy have nothing to do with western foreign policy. Nevertheless, a certain amount of ‘human rights bureaucracy’ helps provide a semblance of normality.

4) Do you think that the Bahraini people have succeeded in overthrowing the intended goal of organising the so-called “coexistence forum” as well as “elections? How? And what is the message you send to them?

A. There is a fair amount of external democratic agitation, but the sponsors of the Manama regime have strong voices. For example, multiple sources repeat the claim that there was a quite high participation rate of 73% in the latest elections, for an initial 34 seats. They also stress the participation of women candidates, even when they note the absence of opposition parties.  This was in many respects an attempt to counter the Al Wefaq party’s call for a boycott, while Amnesty International said the elections were taking place in a climate of repression. The country’s top cleric Ayatollah Sheikh Isa Qassim also backed the boycott call. It is not clear that those claims of 73% participation are at all reliable.

Meanwhile, at an international level, complaints are kept alive about Manama’s failure to face the issues of political prisoners, extrajudicial killings and systematic torture, and sectarian discrimination.  The ‘impunity of the regime’ has become an important theme. As with the demands of the Palestinian people, the democratic reform demands on the Bahraini regime are capturing international attention. That is important; so too, in this writer’s opinion, is making common cause with the other democratic movements in the region. Bahrain is a small country and its democrats need regional allies.

5) How can these two events be linked to the rush in the steps of normalisation with the Zionist entity?  What links the two regimes of Bahrain and the apartheid occupation?  Are you afraid of a premeditated intention to turn Bahrain into another Palestine, as the Bahrain’s top spiritual Shiite authority, Ayatollah Sheikh Isa Qassem, has previously warned?

Manama’s ‘normalisation’ with the Israeli colony is a serious obstacle and one that springs from the undemocratic nature of the regime. Even the Israeli media has noted the public reaction against this within Bahrain. Al Wefaq leader Sheikh Hussein al-Daihi, said there is “no place for zionists in Bahrain”, maintaining that Bahraini people will always support Palestine.

Yet while Zionists and their collaborators says the new Jewish facilities make Manama “a beacon of religious tolerance”, many Bahrainis are alarmed at the regime’s integration of zionist cells into the country, a project which was tried before. They fear being crowded out by a wave of settlers, even perhaps becoming another Palestine.

The links between the Bahraini and Israeli regimes are obvious – they are both client states of the North Americans, providing support for its interventions, wars, and its regional hegemonic agenda. The huge US airbase and a complaint monarchy make Bahrain a dream regime for the USA, but also a ripe case for democratic revolution.