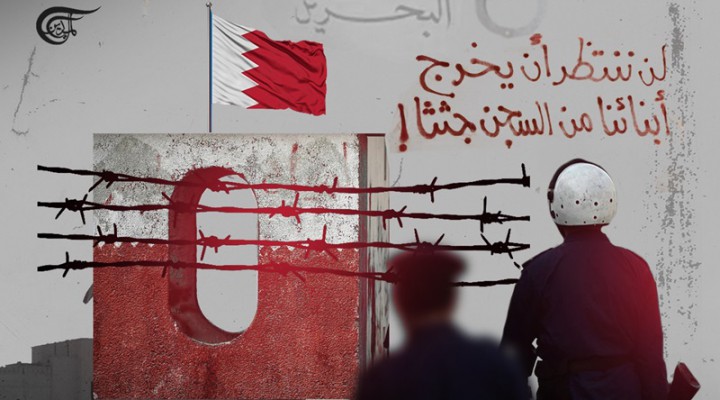 An archipelago of 33 islands, #Bahrain has cast off a well-deserved reputation as a state that routinely tortured political dissents.

Since 2011, as political repression rose in Bahrain, security officials appear to have utilized a specific repertoire of torture techniques against many of those arbitrarily detained, designed to inflict pain and elicit made-up confessions, including the use of electro-shock devices; prolonged suspension in painful positions; beating the soles of the feet, the head, torso, and limbs; threats of murder and/or rape; and other forms that amount to torture illegal treatment in a good number of documented instances at the headquarters of the Ministry of Interior’s General Directorate of Criminal Investigation (CID); at the Ministry of Interior’s Short-Term Detention Unit (aka Dry Dock); at Jau Central Prison and other detention centers.

The use of these torture techniques, separately and in combination, violates Bahrain’s obligations under the Convention against Torture; the International Covenant on Civil and Political Rights (ICCPR); the revised Arab Charter on Human Rights; and Bahrain’s constitution.

Following the 2011 events, Bahrain’s ruler established the Bahrain Independent Commission of Inquiry (BICI) which affirms that the heavy-handed use of lethal force resulted in the death of many civilians and that the use of torture was “systematic”. Besides, the BICI concludes that there was a lack of accountability for perpetrators of torture that facilitated a culture of impunity.

Bahrain has allegedly undertaken reforms, after the current ruler succeeded his father in the late 1990s, not the least of these alleged measures has reformed neither the security services nor the judiciary, which typically rely on confessions obtained by physical coercion. Beyond this has been the October 2002 royal decree granting amnesty from criminal investigation or prosecution to officials alleged to have ordered or carried out serious crimes such as torture.

The government has conducted no impartial investigations if credible evidence exists that an official ordered, carried out, or condoned acts of torture or ill-treatment. Besides, instead of pressuring it to take immediate and measurable steps to end torture, Bahrain’s allies – namely the United States and the United Kingdom – have been significantly involved in training and collaborating with its MoI’s notorious bodies.

Particularly, the United Kingdom, whose nationals have once been deeply implicated in abuses by Bahraini security forces, ever since the tiny Gulf state became an informal protectorate in 1861, provides full-time advisors in the areas of criminal investigation, forensic science, and community policing.

Bahrain’s official oversight bodies – which consistently fail to investigate the alleged torture of political prisoners – receive training worth more than £6.5-million in British taxpayers’ money, according to reports.

Moreover, Bahrain’s security ties with Washington mainly involve the latter’s provision of training and equipment for security forces, which have not been involved in suppressing demonstrations noting that Bahrain is headquarters for the US Navy’s Fifth Fleet, and in 2003, the US has designated it as a major non-NATO ally.

Markedly, Bahrain’s security services are comprised of a high proportion of non-Bahrainis — Iraqis, Yemenis, Jordanians, as well as Indians and Pakistanis, etc. — almost all of whom are Sunnis, which are recruited by the government in an effort to alter the sectarian demographic balance and create a loyal Sunni-majority state.

In 2006, Salah Al Bander, a Sudan-born British former adviser to Bahrain’s Cabinet Affairs Ministry, leaked a 217-page report to the Gulf Centre for Democratic Development. The report revealed a systematic scheme with the intent to perpetuate the disenfranchisement of the Shiite population.

Indeed, the modern roots of Bahrain’s systematic torture go back to the late 1970s when Anthony Parsons, a senior British colonial official, persuaded the then-ruler to hire the Scots-born Colonel Ian Henderson as the head of Bahrain’s General Directorate for State Security Investigations.

Following its so-called independence, a partially elected constituent assembly drew up a constitution, promulgated in 1975, in which the exiled Bahrain’s top spiritual leader Ayatollah Sheikh Isa Qassim took part, and resulted in establishing a National Assembly, which was two-thirds elected. However, just two years later, in 1975, the then-ruler dissolved it after it refused to endorse a draconian state security law that, among other things, permitted arbitrary arrests and torture.

Bahrain’s police force was set up in the 1920s, and torture was committed as early as then, when British officials attributed it to what was called “methods of mild Spanish Inquisition.” Nevertheless, under Henderson’s ruthless watch, torture became systemic as a method of repressing political prisoners. For 30-year, Henderson dubbed the ‘Butcher of Bahrain’ tortured thousands of anti-government critics.

During the 1990s uprising, arising mainly from opposition demands to reinstate the National Assembly, at least 10 citizens died as a result of systematic physical and psychological torture and medical neglect.

Instead of holding into account the perpetrators, the monarch provided a general amnesty for the purpose of “closing a chapter on the past and helping to create a climate conducive to the enjoyment of public freedoms.” Then, the UN Committee Against Torture criticized the decree, as well as the inadequate availability of compensation and rehabilitation for victims of torture.

For instance, in 1996, 29-year-old Isa Qambar was executed after a court found him guilty based on confessions extracted under torture. His brother Ali passed away just last year following a four-year battle with parotid cancer. Ali was a victim of torture and medical negligence. Jau Prison ignored a 2017 recommendation to grant him compassionate release leading cancer to metastasize and spread to his lungs until July 2018.

Between 1975 and 2022, at least 100 political prisoners have been murdered in police custody suspected of having been brutally tortured. Meanwhile, more than 2K prisoners of conscience are crowded into the notorious Jau Prison under unsanitary conditions and systemic medical deniability, which put their health at risk.

At no point is the government known to have conducted an investigation into alleged torture, or disciplined or punished any official in connection with such allegations.

Several of the torture survivors have been brought in front of prosecutors who have failed to respond appropriately to their complaints of ill-treatment, neither order forensic medical examinations nor launch an investigation. In some cases, they return them to the custody of the same security officers allegedly responsible for torture in the first place.

Despite international criticism, the government; however, has not spared any efforts to curtail the practice of torture by its security officials, and frequent reports on such practices have become a norm.