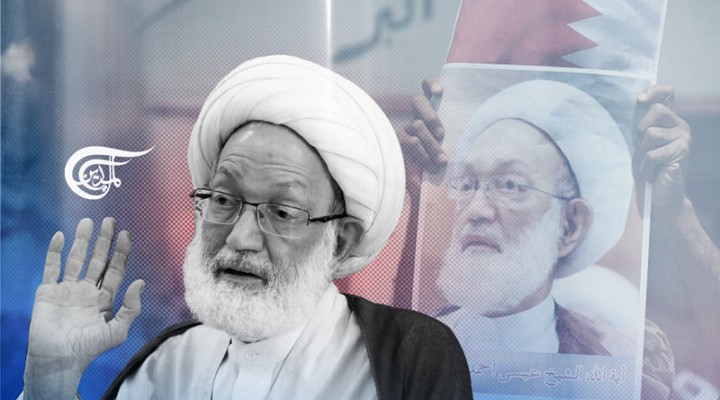 According to Ayatollah Qassem, the solution can never be attained in the same traditional action but rather by the formation of emergency entities.

In a statement issued last June, Ayatollah Sheikh Issa Ahmed Qassem affirmed that any opposition – polarised along sectarian, political, or regional lines- empowers the government that persecutes, marginalises, impoverishes, and humiliates them, adding that whoever contributes to the political raptures and unconstructive rivalries “commits a fatal folly that robs them from any chance to get rid of the bitter reality”.

Ayatollah Qassem warned that with the continuation of the schisms, everyone will regret it and oppression will prevail, pointing out that the failure to deliver a unified vision will be paid dear by the people. Qassem warned of the crucial stage where persecution and marginalisation have deeply prevailed in Bahrain, and where the citizens are subjected to the Zionist enemy, calling for finding common ways for a political settlement.

Indeed, since February 2011, at the height of the peaceful sit-in at the Pearl Roundabout in Manama, a political dispute arose between the opposition factions, regarding two choices: overthrowing the current regime or establishing a constitutional monarchy. Ever since then, the citizens have seen no clear vision, and although the repression practiced by the authority, in the aftermath of these events, affected everyone, it did not unite them, a dispute that the Bahraini authority has indulged in deepening.

In Ayatollah Qassem’s statement, an experience accumulated by years of political action in Bahrain. His experience has been mobilised at this particular time as Bahrain has become more like a Zionist colony, in which hostilities are run against the peoples of the region. Emergencies and the formation of a single front, especially with the intensification of the Zionist threat, added to the other appalling human rights and livelihood challenges. It is a great challenge as observers know of the consequences that arise from previous experiences of alliance with the occupation, especially in light of the reckless normalization steps undertaken by both Bahrain and the UAE.

What is remarkable and strange is that the Bahraini opposition is mostly religious, with an Islamic vision, and has long experienced the damage left by political isolation in their homeland. As for the economic challenge, it is not surprising that, in the same context, it affects everyone without exception.

Therefore, undoubtedly, the statement is a call to form an operational joint action to confront these challenges after exhausting all methods with the government. It is a statement of liquidating who is the sincere to their country, their righteous cause, and their oppressed people. It is a statement identifying the honest sane opposition from the fanatic looking for its narrow political interests. The statement is a call to work hard and sincerely achieve the common interest in light of the critical political threats – internally and externally.

Besides, Ayatollah Qassem has criticized the failure caused by negative competition and division, and because the statement is a declaration of emergency and addresses the wise from every opposition faction, it is practically the time to restrict the opposition. According to Ayatollah Qassem, the solution can never be attained in the same traditional action but rather by the formation of emergency entities.

0 thoughts on “Ayatollah Qassem warns the opposition: Widening schisms will only have tragic consequences!”