HOME / WORLD / A new cabinet in Bahrain: why now? 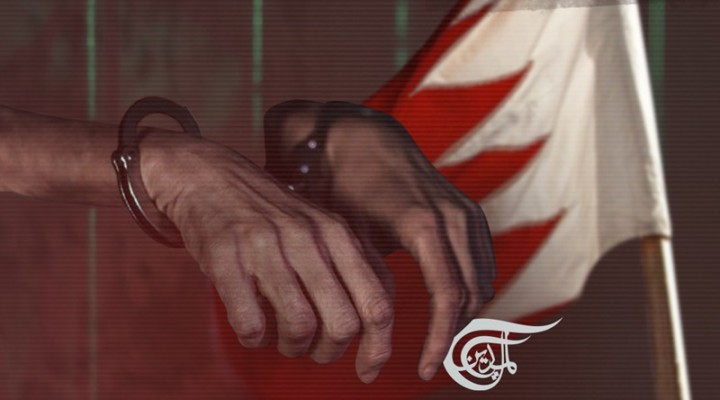 Serious political reform can only be achieved by maintaining political partnership, separation of powers, and independent elections that represent fair electoral circles.

Bahrain’s embattled ruler, King Hamad bin Isa Al Khalifa, has ordered, in a decree, a cabinet reshuffle. Bahrain’s state news agency BNA quoted a government spokesperson as saying that the reshuffle “has resulted in a change of 17 out of 22 ministers, with the introduction of a large proportion of young ministers, including four females.”

Meanwhile, arguments have varied between supporters of youth representation, especially female figures, and opponents of overriding the powers of the Legislative Council, only 4 months away from the parliamentary elections. Those critics are suspicious of the Shiites being implicated in a government that has normalized and persisted in its normalization of bilateral ties with the Zionist entity that the people are strongly against. Others have also expressed their suspicion of what they call the well-known “trickeries” of the King, who is good at deceiving the international community by presenting himself as a reformer politician keen on “democracy” particularly ahead of the Universal Periodic Review of the UN’s Human Rights Council, and the convening of a committee to assess Bahrain’s compliance with the International Covenant on Civil and Political Rights.

Shortly after the new cabinet reshuffle, the King appointed the former Minister of Justice, Khalid bin Ali Al Khalifa, as Vice President of the Supreme Judicial Council, which is chaired by the King himself. During his tenure of office at the Ministry of Justice, he issued scores of arbitrary sentences against Bahrain’s peaceful activists, including life imprisonment and death sentences. Further, he was implicated in the oppression of opponents and was the sponsor of the Political Isolation Law. This step dispels the claims of the regime and demonstrates the ruling family’s control over the joints of the state. It deprives citizens of any hope for reform and the end of the era of exclusivity, which confirms the lack of independence of the judiciary amid the absence of the contractual constitution on which the people of Bahrain are unanimous.

Indeed, all 25 ministers are an integral part of the executive authority, especially if we take into account that the sovereign ministries have remained hostage to the king and his son (the Crown Prince and the Prime Minister).  It must be mentioned here that the Prime Minister has a more important role than that of the Legislative Council as he is given extensive powers related to the internal and external politics of Bahrain.

Hence, talking about reducing the representation of the ruling family in the government is not accurate, and throws dust in the eyes. Obviously, the ‘Shiite’ ministers do not represent the ‘Shiite’ of Bahrain, because this selection is nothing but tribal and Pharaonic rhetoric “I do not show you except what I see!” Observers believe that genuine political representation is lacking in Bahrain simply because the political associations are dissolved, while the national leaders are languishing behind bars, such as Sheikh Ali Salman, Abdul-Wahhab Hussein, and Hassan Mushaima. The criterion for appointing new ministers is loyalty to the king, not to mention the inter-elimination within the ruling family itself.

The people of Bahrain are not demanding Shiite quotas, but rather real political partnership, for both Sunnis and Shiites. What concerns them is addressing the worsening political and human rights crisis, which is accompanied by economic crises, unemployment, and extreme poverty. What concerns them are the extensive challenges in light of the complexity of security and blind drag in the furnace of normalization. Thus, as long as the minister is appointed by the king, this is an empowerment of the mentality of exclusivism that Al Khalifa has been pursuing for decades.

Therefore, this appointment does not amount to reform, but rather is a tribute to those who have been implicated in the oppression of the citizens, as well as an attempt to impose a popular promotion of normalization by implicating Shiites in ministries such as health and tourism to cooperate with their Zionist counterparts, knowing that these will not dare to reject this step and it will be imposed on them under duress. Besides, they will be forced to visit the occupied Palestinian lands and shake hands with the Zionists occupiers, which is popularly rejected.

Following the appointment of 4 women, the authority sentenced the 50-year-old woman, Fadilah Abdel-Rasoul to one year in prison on charges of harboring a prisoner of conscience and investigated various women on charges of participating in the ongoing popular protests. A decade of abuse and persecution has affected Bahraini women, especially those associated with political and human rights activists, in what is considered an act of systematic collective revenge in a country ruled by an iron fist.

Since the onset of the popular movement: 10+ women were extrajudicially murdered; 340+ arrested for political reasons, including 9 minors; 1,600 were summoned for interrogation; 32+ miscarried due to poisonous gases and attacks by the security forces; 200+ were arbitrarily expelled from their studies; 380+ dismissed from work in the public and private sectors. As for the most prominent violations that have affected them, they are as follows: extrajudicial killing; unfair dismissal from jobs/studies; arbitrary arrest; torture and ill-treatment; sexual harassment and threats of rape; unfair trial; property theft; discrimination in scholarships and employment; bullying and hate speech; and denial of rights… etc.

Hence, Bahraini women do not need ministerial positions as much as they need stopping the retaliatory security escalation that exposes them to arrest and torture; backing their aspirations for change and transition towards democracy; integrating them into political work to occupy more effective roles; holding accountable those responsible for the violations they have endured; and empowering them in advanced jobs while giving them preference over foreigners.

Accordingly, those ministers are nothing but employees who implement royal directions, not decision-makers who are empowered enough to achieve real and serious change. Nor the number neither the names have any effect as the final decision-makers are solely the king and his son; a pliable cabinet intended to knock down the opposition through soft cosmetic changes. Serious political change and reform can only be achieved by maintaining political partnership, separation of powers, and independent elections that represent fair electoral circles and produce an elected government and a parliament with full powers. There is no hope on the horizon amid an increase in oppression and the institutionalization and ‘Israelization’ of the official bodies.

0 thoughts on “A new cabinet in Bahrain: why now?”