HOME / WORLD / After the reconciliation with Qatar, how long will Sheikh Ali Salman arbitrarily languish behind bars? 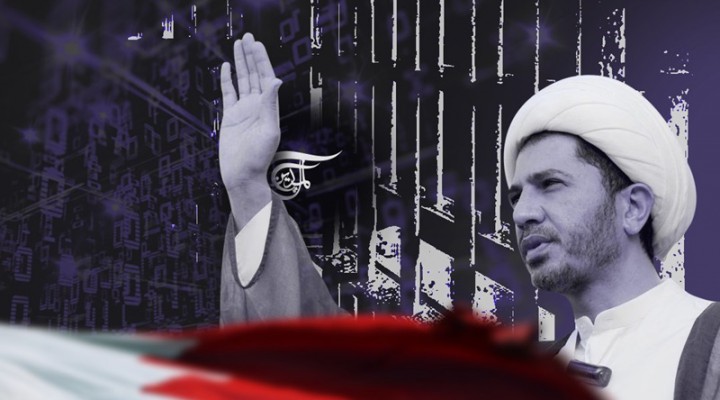 Currently, Bahrain’s need for Sheikh Ali Salman is no less than the need of the government itself.

Bahrain’s monarch Hamad bin Isa Al Khalifa met with his Qatari counterpart Tamim bin Hamad Al Thani last week as Manama removed Qatar from its travel ban list. The meeting was the first of its kind since Bahrain joined Saudi Arabia in imposing a blockade on Doha in 2017.

The thaw in relations between Doha and Manama has given new impetus for action aimed at securing the release of arbitrarily detained opposition leader; Al-Wefaq Secretary General Sheikh Ali Salman, as activists have launched an international cyber campaign reiterating calls for his immediate release. They argue that Bahrain’s warming ties with Doha highlight the trumped-up espionage charges against Sheikh Salman.

Sheikh Ali Salman has spent the better part of a decade behind bars. Last month marked exactly seven years since his initial prison sentence. The conclusion of the unfair trial in 2015 resulted in a 4-year sentence. The charges stemmed from mere speeches in which Sheikh Salman underscored the opposition’s commitment to democratic reforms. In 2018, however, he was given a life sentence on phony espionage charges, which was described by Amnesty International as “a travesty of justice.”

The charges stem from his well-known 2011 phone conversations with then-Qatari Foreign Minister Hamad bin Jassim during which he urged Doha to mediate in Bahrain’s political crisis. According to the regime in Manama, Sheikh Salman was communicating with Qatar officials “to overthrow the constitutional order.”

Last March, Hamad bin Jassim told a Kuwaiti newspaper that the leadership in both Bahrain and Saudi Arabia were kept in the loop about the content of those phone calls, which were made from a palace belonging to the Bahraini monarch. Jassim also said the calls were part of a broader initiative involving the Americans and the former US Assistant Secretary of State for Near Eastern Affairs Jeffrey Feltman.

Al-Wefaq group has frequently reiterated calls for the release of its leader Sheikh Ali Salman. Besides, Bahrain’s highest Shiite religious authority accuses Manama that it has sought to eliminate “the peaceful method of calling for reform by imprisoning the pacifist, Sheikh Ali Salman,” equating Sheikh Salman’s jailing to the imprisonment of peaceful political activism in the country.

In a statement released last December, Sheikh Salman said that “love, tolerance and giving priority to national interests keeps our hearts and hands always open for dialogue,” adding, “The desired political reform is in the interest of all, the rulers and the ruled, and it is the cornerstone for improving our economic and living conditions and achieving political stability.”

Indeed, the Secretary-General of Al-Wefaq Society is known for his exceptional moderate, firm, and serious rhetoric. The voices calling for his release are not only confined to Bahrain as there are various international and regional figures and entities in Geneva, London, Washington, etc., which trust the leader’s shrewdness and nationalism and the significance of his presence outside the prison to break the political deadlock in the country.

In his peaceful movement for over a decade and a half – that is after his return from the diaspora – Sheikh Ali Salman’s speeches have had an undeniable impact in formulating the peaceful opposition and showing complete seriousness, flexibility, and tolerance.

The regime has failed to find a sectarian gap in these speeches as he has repeatedly called – day and night – to combat sectarian incitement and to only take into account the interest of the homeland by sincerely addressing all Bahrainis with his famous statement: “We love you.”

Sheikh Ali Salman’s first pleading on October 14, 2015, was incendiary and overwhelming. He addresses the regime, “This exaggerated tolerance has been disgraced by the near before the distant. Nevertheless, my conviction was to extend my hand to everyone in this country, the authority, the loyalties, and the opposition parties. I stretch out my hand to say: Enough of distraction! The ceiling of the homeland shades us all, and if it falls, it will fall on all of our heads.”

This utmost peacefulness; however, has prompted the authority to fabricate ridiculous charges against him in order to get rid of his firm voice that has exhausted it. Sheikh Ali Salman further says, “I believe that the main problem that Bahrain has suffered throughout its history, and continues to suffer from, lies in the monopoly of power, making it in the hands of a few individuals and depriving the people of political partnership.”

Since 2008, Bahrain has been hit by political tension, which has aggravated in 2011, due to the regime’s wealth mismanagement and its reckless non-sovereign internal and external policies. Sheikh Ali Salman’s only crime is that he has spoken on behalf of tens of thousands of citizens so that they can enjoy a decent life and basic freedoms.

The fact-finding committee, headed by the late Mahmoud Shareef Bassiouni (aka BICI) and formed by the King himself in the aftermath of the bloody events of March 2011, issued, on November 23, 2011, a report that dispels all fabricated accusations against Sheikh Ali Salman and the rest of the opposition figures and proves that all of their demands are national.

The ongoing persecution of the Secretary-General of Al-Wefaq was slammed by many stakeholders in the international community, prominent leaders, and prominent human rights institutions as a political trial par excellence, as it lacks the most basic standards of fair trials.

His Eminence has adopted the non-violence approach and defended it vigorously. He has demanded a state of justice; the rule of law; an elected government; an independent judiciary; a powerful parliament; equality; the independence of the authorities; respect for the other opinion; dialogue; freedom of the press; and the establishment of parties, unions, and civil society. Nevertheless, the regime has responded by dissolving the opposition blocs; banishing or arresting opponents; silencing critics; controlling the media; and a long list of infringements.

Currently, Bahrain’s need for Sheikh Ali Salman is no less than the need of the government itself. Seven years since the arrest of the Secretary-General of Al-Wefaq, His Eminence Sheikh Ali Salman, the whole country is still suffering and all its citizens remember his patriotic stances and his great sacrifices. Sheikh Ali Salman is one of the most prominent politicians calling for the restoration of the 1973 Constitution, the consolidation of democracy, and respect for human rights. What he is most concerned about has been “Bahrain for all Bahrainis, Sunni and Shiite, without distinction or discrimination.” He focused on a comprehensive national dialogue as he believes that “the people are the source of all powers.”

0 thoughts on “After the reconciliation with Qatar, how long will Sheikh Ali Salman arbitrarily languish behind bars?”