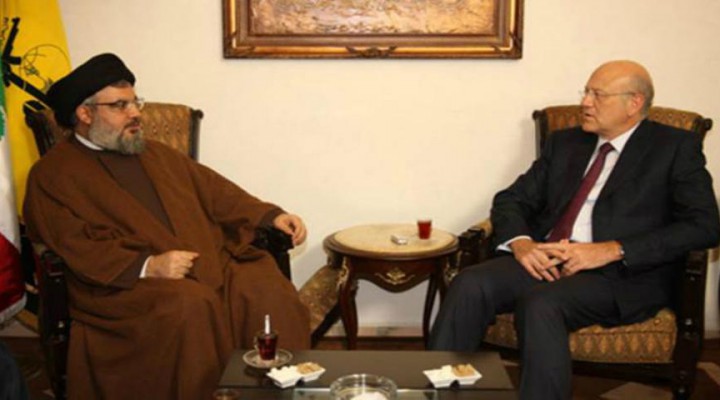 Lebanon’s acting information minister Abbas al-Halabi announced on Monday the busting of 17 spying networks operated by the Israeli occupation state, and the detention of more than 20 Lebanese, Palestinian and Syrian nationals involved in them.

This is a great achievement for the Lebanese security forces, especially given the country’s difficult political and economic circumstances. It affirms that while other Arab governments may be rushing to normalize relations with Israel, for Lebanon it remains a racist occupier and enemy.

The uncovering of these networks, and their sheer scale, should not come as a surprise. Lebanon is a prime target for Israel and it is complicit in all the conspiracies to sow sectarian strife in the country to plunge it into civil war.

Hezbollah and its resistance forces, bolstered by a huge missile arsenal and ample combat and organizational experience gained in Syria and Iraq as well as in Lebanon, is considered an existential threat by the Israeli occupation state, having inflicted humiliating defeats on its army in 2000 and 2006. Hence its relentless intelligence efforts in Lebanon to implant spies and agents and sow the seeds of sedition.

Despite trying hard for 30 years, most of its efforts to infiltrate the Lebanese resistance have failed, as have its attempts to assassinate its leader Hassan Nasrallah. The Hezbollah figures the Israelis managed to reach were mostly outside Lebanon, notably its military commander the late Imad Mughniyeh.

Lebanon is in the eye of an intelligence and psy-ops storm because it is one of the few Arab states that continues to believe in and adhere to resistance. Most of its patriotic political forces, who constitute a majority, believe in the need to liberate all occupied Arab territories — in Palestine and the Golan Heights in addition to Lebanon’s own Shebaa Farms and seven occupied southern villages — and assert Lebanon’s sovereignty over all its offshore oil and gas fields in the eastern Mediterranean.

It is to Hezbollah’s credit that it deals wisely with its adversaries, especially when core national principles are at stake. It rose above its ideological and political differences with certain Palestinian factions and welcomed their leaders in its south Beirut stronghold. It knows some of their associates were involved in bombings that targeted the suburb and caused civilian casualties, but declined to reveal that to avoid undermining their image among its own constituency and the Lebanese public at large, and to avert strife and bloodshed.

Lebanon continues to hold fast to its national principles. The crises and conspiracies that target its security and stability may be part of the price it is forced to pay for that. It accordingly deserves respect and appreciation. Its current troubles will surely pass, as so many previous ones did.