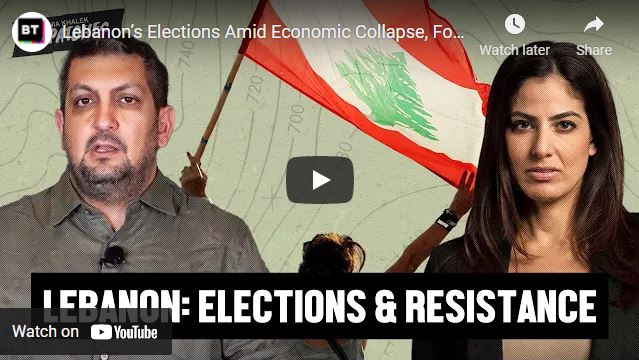 Lebanon’s May 15 elections results were confusing, with contradictory claims of victory and defeat. Much of the mainstream media coverage further obfuscated the results, with journalists celebrating the few self-described independents and reformists as a sign that some kind of change might be coming, while also appearing to cheer the apparent defeat of Hezbollah and its allies. Except they weren’t defeated, and the independents are actually quite dependent, and the reforms they propose are likely to expedite the nation’s collapse.

To help parse what actually happened and why, Rania Khalek was joined by Jamal Ghosn, a columnist and editorial board member at Lebanon’s Al Akhbar newspaper.