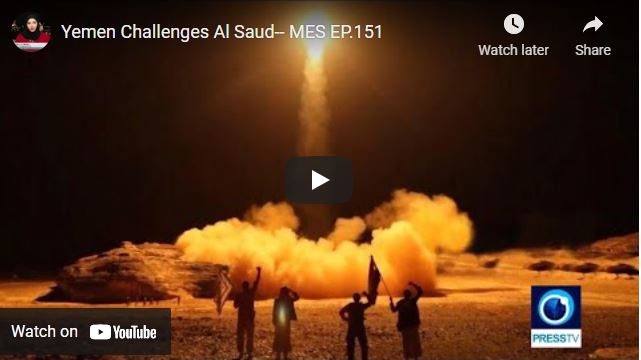 A large development workshop in which “Ansarullah” was involved with all its formations and units, which enabled it, eight years after the start of the aggression, to develop its military capabilities and develop its war plans and strategies, which qualified it to deal with emergency and accelerated changes in the conditions of the fronts and the field, and to move with great flexibility between defensive systems, offensive and even the combination

Between them, in a strategy not limited to one type of military operation. All of this reflected a development that made the popular movement as close as possible to a regular army, in its administrative and equipment aspect, while maintaining the flow of movement, moving between patterns and changing strategies with great flexibility, which is one of the most prominent characteristics of popular resistance movements that rely on guerrilla warfare.

To discuss this visit with us from Sanaa is Ibrahim Al Shami political commentator.

Iranian Foreign Minister Hossein Amir Abdollahian said, upon his arrival in Beirut, that he consults continuously with Lebanese officials on bilateral relations, and affirms his country’s readiness to build bridges of cooperation with Lebanon in various fields, most notably the economic sector. In a statement upon his arrival in Beirut on Thursday,

Amir Abdollahian said: “About a month ago, during a meeting with Prime Minister Najib Mikati at the Munich Forum, I suggested to him Iran’s willingness to contribute to building two power plants in Lebanon with a capacity of 1,000 megawatts for each station.”Adollahian reiterated his country’s affirmation of providing the aid that Lebanon needs in various fields, pointing out that he discussed its details with the officials he met with, especially Prime Minister Najib Mikati, providing wheat and other necessary foodstuffs.

To discuss this issue with us from Beirut is Dr. Ibrahim Mousawi member of the Lebanese parliament in the loyalty to the resistance bloc, Hezbollah.