HOME / Multimedia / On the Road To Liberation–MES EP.154 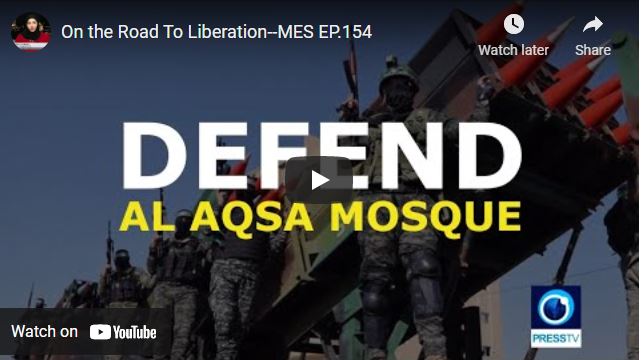 Dozens of worshipers were injured on Friday morning, as a result of the Israeli occupation forces’ attacking them inside Al-Aqsa Mosque, after thousands of people performed the dawn prayer in the chapels and courtyards of the mosque.

The “Al-Quds Red Crescent” said that it had dealt with more than 200 injuries so far, including injuries that varied between rubber, sound bombs and violent beatings. Meanwhile, the popular and armed uprising continues throughout the occupied West Bank in support of Jenin and its camp, in a scene that does not seem to be receding soon.

To discuss this issue with us from the occupied West Bank is Mohamad Jradat, political commentator, researcher and writer.

Despite the approaching date of the parliamentary elections in Lebanon, scheduled for next May 15, doubt is what fills the air in Lebanon until the expected date, in light of historical experiences in which political forces canceled previous merits under the pretext of “security threats” or regional and international external factors.

All the while, this elections session is witnessing a historically unprecedented boycott of the “Future Movement” headed by Saad Hariri, a boycott that affected the plans of his Saudi-imposed political allies.

To discuss this issue with us from Beirut is Dr. Jamal Wakim author and academic.

A Cathedral and a Mosque Engulfed in Fire: One Ravages the Past, the Other Threatens the Future