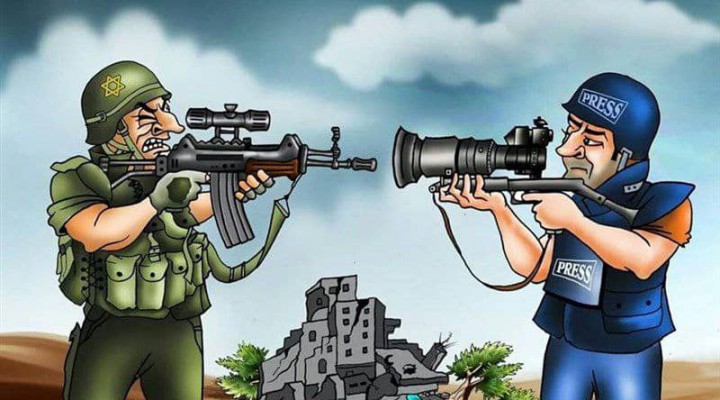 Exclusive- Objectivity in media is categorised as an essential ethic; what is meant here is that a media platform must deny its preconceived positions while conveying information or covering events or addressing issues. Objectivity presupposes adherence to the utmost accuracy in showing all aspects of the issue without amputation.

With the difficulty of adhering to this ethic, given that one cannot be completely stripped of their personal opinions, backgrounds and preconceived ideas, the relative approach to impartiality and objectivity raises the value, accuracy and credibility of the message, while staying away from it is one of the scourges of the politically-oriented media that upholds specific propaganda.

Indeed, it is impossible to talk about neutrality in the Lebanese media, given that the majority of these outlets are owned by political parties, each of which seeks to promote its own narrative; many have flouted the rules of the profession and blurred the boundaries between truth and opinion, as they openly demonise the legitimate natural national righteous resistance in a bid to cover up their funders’ failure to thwart its military, political, cultural and societal project.

Since 1982, i,e, the date of its inception, the process of incitement against resistance has not come to an end, as the Zionist enemy has deliberately sought to ostracise it in its own environment, and these days it is brazenly working to blame it for the consequences of the current financial and administrative corruption in the country.

In all stages of the sacred defense, the enemy has relied on spreading rumors, in the context of its psychological warfare against all components of the resistance, its military, societal, political, charitable, educational, cultural, and medical institutions. This was not limited to propaganda and the media only, but it has deployed various sorts of abuse and practiced collective punishment to accuse the resistance of being the focal cause of the rampant chaos.
With the development of psychological warfare tools, the Zionist security and intelligence services have further manipulated and harnessed the alternative media to retaliate against the resistance and its popular incubator, describing it as ‘terrorist and violent’, while promoting itself in the Arab and Islamic world as a ‘state’ of peace and democracy in an attempt to burnish its bloody and atrocious image in the Arab and Islamic mentality.

Lately, we note suspicious accounts for activists and media professionals who promote this narrative in a rather provocative way, with a huge amount of lies, fabrications and incitement to sectarian hatred, especially in light of the escalation of the resistance forces in the region. This offensive machine did not stop through deception and lies, rather, the Zionist intelligence has hired many pages of intelligence officers to target the resistance, recruit collaborators to work for it, and to stir up strife.

Amidst the resistance’s successes, these media outlets have launched a fierce media war to discredit it. No one denies that in the light of the fierce war waged by the enemy’s security and intelligence system, and with each round of open rounds of resistance, the appraisers of the Zionist position are accused of failing to reveal the intentions of the resistance and its shrewd behavior in the confrontation.