HOME / Exclusive Subjects / A preliminary reading of the results of the Lebanese elections: No clear majority, a popular triumph of the resistance & a US-Saudi painful failure 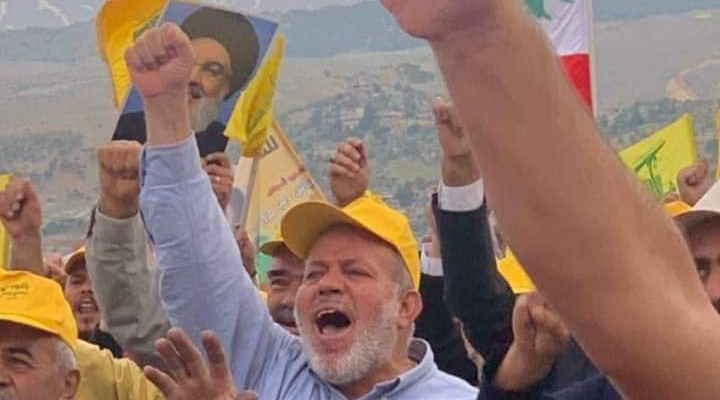 Exclusive– The impulsive erroneous announcement by the head of the Lebanese Forces leader Samir Geagea of attaining the largest penile bloc in the House of Representatives, and the mainstream media’s promotion of an alleged defeat suffered by the resistance and its allies, have revealed what was expected of the parliamentary elections and explained the huge paid-up money given by the Saudi American axis, and which was recently exposed by Assistant Secretary of State for Near Eastern Affairs David Schenker..

Meanwhile, Bassam Mawlawi, Lebanon’s Minister of the Interior has announced the names of the 128 deputies in the House of Representatives for the due election of 2022, who can be classified as follows: First, the pro-resistance forces (an alliance of Hezbollah, Amal Movement, the Free Patriotic Movement, Marada, and Tashnaq) 60 seats; Second, anti-resistance forces (aka the Saudi American axis, an alliance of the Lebanese Forces, the Phalange and others) 40 seats; Third, 8 seats for the Progressive Socialist Party led by Walid Jumblatt, and 20 seats for so-called civil society (NGOs), including at least 8 independent deputies tend to the resistance coalition, noting that those ‘independent’ deputies may supports / opposes, and thus constitute a challenge for all parties, especially in how to reach compromises and consensus.

This distribution will be clarified later. Hence, there is no clear majority until the moment, whereby the resistance nor its foes have got so far a definite parliamentary majority. Accordingly, this means that it is a “hybrid parliament” as described by local analysts.

In a brief reading of the results, we record several observations, the most important is the unjust electoral system which promotes sectarian partisanship and fanaticism, as well as the emigrants’ votes and the pressures they faced in countries that classify resistance as “terrorist”. This requires serious adoption of a new and just electoral law outside of sectarian restriction, and which recognizes Lebanon as one electoral constituency.

In context, it is noteworthy to mention that the current parliament will include among its members, deputies who have not managed to obtain more than 1,000 votes, like Cynthia Zrazer (486), Charbel Massad (984), Ghassan Scaff (776), Ahmad Rustam (324), and Jamil Aboud (79).

The most significant is that the resistance has, popularly and politically, won the referendum, after its enemies bet on its retreat through their hostile pressure, siege, and policy of starvation, 27/27 of the Shitte seats. Along with its allies, it has chalked up at least 60 deputies (approximately 880 thousand votes representing half of the general voters). Head of its bloc MP Mohammad Raad has won the highest preferential vote in Lebanon (48 543 votes), as well as in the capital, Beirut MP Mohammad Shri has won (26363) votes.

So, the US and its proxies have failed to weaken the popularity of Hezbollah, who got 365,000 votes an increase of 22000 votes compared to 2018, and its Christian ally has got 22 deputies, which means that Washington’s pressure and schemes have gone in vain, and this has been confirmed by the former US Assistant Secretary of State for Near East Affairs, David Schenker, who admitted, during a seminar held by the “Washington Institute for Near East policy” the US directly responsible for the economic collapse in Lebanon.

Besides, the elections have been labelled as the “July political war” and its result has definitely been disappointing to those who have long bet on the decline of the resistance supporters, in particular, the American ambassador Dorothy Shea and Saudi Ambassador Walid al-Bukhari. After four grinding years, and after all interventions and the money paid by embassies, the resistance and its allies have withstood, that is why we expect a political paralysis in the coming months.

So the most important question remains, how these forces will deal with the ongoing economic collapse, rampant corruption, the demarcation of the border, the formation of a new cabinet, and the election of a new President of the Republic?

One thought on “A preliminary reading of the results of the Lebanese elections: No clear majority, a popular triumph of the resistance & a US-Saudi painful failure”