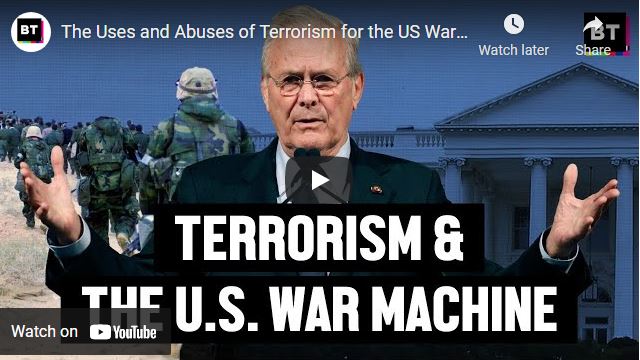 How do Western warmongers use the banner of terrorism to terrorize the Middle East and African regions? Who is the US bombing now and why?

1:24 Mohammad Marandi joins The Freedom Side to shed light on the “Iranian-backed militias” in Iraq. Marandi is a political analyst, Iranian professor at the University Of Tehran, and expert on American studies and postcolonial literature.

32:44 Kambale Musavuli, activist, writer, & analyst with the Center for Research on the Congo-Kinshasa, discusses the realities (and the lies) about ISIS in Africa.

53:11 Comedian, journalist, and activist Lee Camp breaks down the case against Julian Assange, with new information cracking open the lies made against him by Sigurdur Thordarson.

1:15:39 Simon Tesfamariam, organizer, writer & analyst at the New Africa Institute discusses the real situation on the ground in Ethiopia, and uncovers the true nature of the conflict in the Tigray region.

“I was reminded of AOC’s tweet about McCain. I know tweets are not everything, but the level of attention that Mike Gravel wasn’t given says something. The more people you are responsible for killing the more the media will cry over you.” @RaniaKhalek

America Leader of the Free World? How to Forget U.S. interference in Foreign Elections