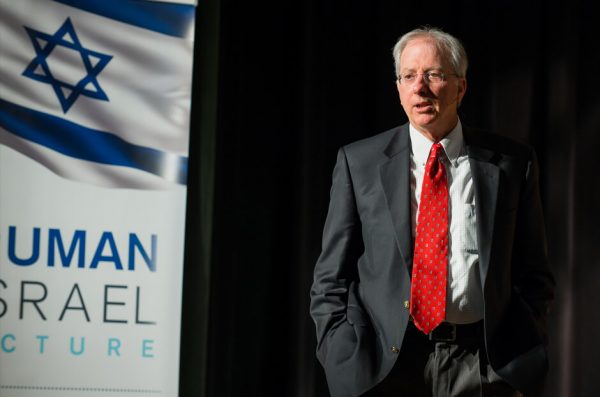 America’s foreign policy is a funny thing, except for the fact that it is no laughing matter. Given the recent sentencing of whistleblower Daniel Hale for revealing to the media that the US military’s drone program kills innocent civilians including many children 90% of the time, one has to wonder what the “humanitarian” Joe Biden Administration is up to. Hale will presumably serve 45 months in a federal prison though the actual time in the slammer might be closer to 18 months if he behaves and submits to counseling.

Biden’s Democratic predecessor Barack Obama was equally a plague on whistleblowers while also attacking a non-threatening Libya and Syria and overthrowing an elected government in Ukraine, so one has to suspect that there must be something in the Democratic Party’s DNA that induces megalomania. Or maybe there is a hallucinogenic chemical additive in the White House’s water supply, secretly placed by those damned Russians, which produces delusions of grandeur.

The central problem is that for the federal government in Washington, just killing people is not per se a crime as long as it is “bad” people being killed. As long as some government approved procedure is adhered to, it is apparently an intrinsic right of the United States to go to some faraway country that does not threaten America and with which the US is not at war and kill someone in response to some vaguely stated policy. That is what the Global War on Terror backed up by the Authorization to Use Military Force is all about. No one in the government is ever punished for killing people, even including Obama’s offing of American citizens like the Awlaki father and son, droned to death in Yemen. Indeed, within recent memory the only two soldiers who were imprisoned for war crimes in Afghanistan were pardoned subsequently by Donald Trump.

Joe Biden certainly is doing the long overdue right thing by virtue of his withdrawal from Afghanistan and through his agreement to bring home all American combat troops from Iraq by the end of the year. But what about Syria, a continuing US presence for which there is no justification at all in the form of any threat to American interests beyond a contrived argument that President Bashar al-Assad must go to make way for “democracy”?

Indeed, one might argue that the belligerent impulse that has prevailed driven by the so-called neocons and neoliberals persists in the Biden Administration. The top three officers in the State Department are Zionists, one of whom, Victoria Nuland, was the architect of the overthrow of the Ukrainian government of Viktor Yanukovich in 2013. The shift by the neocons to the Democratic Party could have been foreseen as many leading figures in the movement did not trust Donald Trump to be belligerent enough and rallied against him behind the #NeverTrump banner. And one should recall that the neocon movement’s founders were hardline and pro-Israel Democrats, several, including the notorious Richard Perle, serving on the staff of Senator Henry “Scoop” Jackson of Washington back in the 1970s.

The transition to a neoconnish foreign policy has also been aided by a more aggressive shift among the Democrats themselves, largely due to “foreign interference” being blamed for the party’s failure in 2016. Given their mutual intense hostility to Trump, the doors to previously shunned liberal media outlets have also now opened wide to the stream of neocon-ish self-proclaimed foreign policy “experts” who want to “restore a sense of the heroic” to US national security policy. Eliot A. Cohen and David Frum are favored contributors to the Atlantic while Bret Stephens and Bari Weiss were together at the New York Times prior to Weiss’s resignation last November. Jennifer Rubin, who wrote in 2016 that “It is time for some moral straight talk: Trump is evil incarnate,” is a regular columnist for The Washington Post together with Max Boot, while both she and William Kristol appear regularly on MSNBC.

The fundamental unifying principle that ties many of the mostly Jewish neocons together is, of course, unconditional defense of Israel and everything it does, which leads them to support a policy of American global military dominance which they presume will inter alia serve as a security umbrella for the Jewish state. As a result, the leitmotif of the neocon movement has consisted of its repeated calls for the United States to attack Iran. Every major Jewish foundation that expresses foreign policy views sees Iran as the enemy and that viewpoint has also prevailed among both Democrats and Republicans in Congress who have been corrupted by Israel Lobby money.

One never sees in the mainstream media any analysis of why and how the Iranians actually threaten the United States or a vital American interest, unless one defines protecting Israel as such. And on that issue, there has been no one more assiduous in “protecting Israel” within the US government that Dennis Ross, who is currently a counselor at the Washington Institute for Near East Policy (WINEP), a spin-off of the American Israel Public Affairs Committee (AIPAC). Ross was a fixture in senior national security positions relating to the Middle East under Presidents Ronald Reagan, George H.W. Bush, Bill Clinton and Barack Obama. As an ardent Israel firster, Ross was dubbed “Israel’s lawyer” by colleagues and was once admonished in a meeting with Secretary of State Condoleezza Rice, who interrupted him when he was arguing in extenso on behalf of Israel. She said that in the future when she wanted the Israel-Likud position from him she would ask for it. Ross is inevitably co-author of an Israel puff piece book “Be Strong and of Good Courage: How Israel’s Most Important Leaders Shaped Its Destiny.”

Ross has recently written an article for Bloomberg Opinion that demonstrates just how demented some high level Israel promoters are while also showing that there are no limits when it comes to advancing the perceived interests of the Jewish state. It is entitled “To Deter Iran, Give Israel a Big Bomb” with the subtitle that “The best way to ensure Tehran doesn’t gain the capability to make a nuclear weapon is for the US to empower its ally.”

Ross is not optimistic about the chances that the US will rejoin the Joint Comprehensive Plan of Action (JCPOA), signed in 2015, which Donald Trump, in a major pander to Israel, withdrew from in 2018. Indeed, Ross has been against the agreement since the git-go, parroting the Israeli argument that it was a diversion whereby Iran would be able to secretly develop a weapon. The Biden Administration, led by Secretary of State Tony Blinken and his deputy Wendy Sherman, have persisted in in their drive to add new restrictions to expand the agreement, including restraining Iran’s alleged threatening behavior in the region and its ballistic missile program.

Ross’s article was written before the recent drone attack on an Israeli-managed tanker in international waters off Oman. Both Washington and Jerusalem have attributed the incident to Iran with little in the way of evidence and coordinated their response, demanding that the United Nations take action. Biden has sent the CIA Director William Burns to Israel for “discussions” and both he and Prime Minister Naftali Bennett have also independently promised an appropriate harsh response, so Ross is almost certainly right that there remains little common ground for a renewal of the JCPOA. That should please the Israeli government and its powerful domestic lobby in the US. It also suggests that the attack itself might have been an Israeli “false flag” to bring about that result and possibly trigger an American attack on Iran’s nuclear sites.

But Ross goes well beyond tit-for-tat responses to presumed Iranian actions and wants to see something more decisive. He argues that “With negotiations paused until a new hardline administration takes office in Tehran, the chances of reviving the 2015 Iran nuclear deal anytime soon are not bright. Moreover, even successful talks might not stop Iran’s leaders from pursuing nuclear weapons. The Biden administration needs to find a better way to deter them.”

Ross concludes that “If the US cannot persuade Iran to temper such ambitions using carrots…the Biden administration…must make the costs of pursuing a threshold capability far clearer [by] providing Israel the GBU-57 Massive Ordnance Penetrator, a 30,000-pound mountain-buster, as some in Congress have advocated. Such a weapon could be used to destroy Fordow, the underground Iranian enrichment facility, as well as other hardened nuclear sites…Being prepared to provide Israel with such a fearsome weapon and leasing the B-2 bomber to deliver it would send a powerful message. The Iranians may doubt whether the US would follow through on its threats; they won’t have any trouble believing the Israelis will.”
Such a move would be seen by Ross and others in the administration as an inducement for Iran to surrender on all issues at the current negotiations to restore JCPOA taking place to in Geneva. It would send a signal that the US is “serious.” On the contrary, however, one might argue that providing the Israelis with such a devastating weapon and also the means of delivering it is a green light for the new Israeli government to do something completely reckless to establish its own bona fides on national defense without any regard for existing American interests.

The Ross proposal is yet another indication that both Democrats and Washington in general have become completely unprincipled and even unhinged players on the world stage, prepared to lash out in all directions with threats and bombs and unprepared to deal with other nations with even a modicum of respect. Dedicated Israel firster Dennis Ross is one of the worst of these denizens of the dark side of Washington, but he is far from alone. His desire to “protect Israel” by giving it the means to start a major regional war that would likely escalate to include direct US involvement is insane to say the least but one has to believe that his suggestion for what to do about Iran is being read in the White House and State Department and taken seriously. That such an option could be considered at all is a measure of just how “rogue” our nation has become.

0 thoughts on “Israel’s Lawyer Speaks Up”