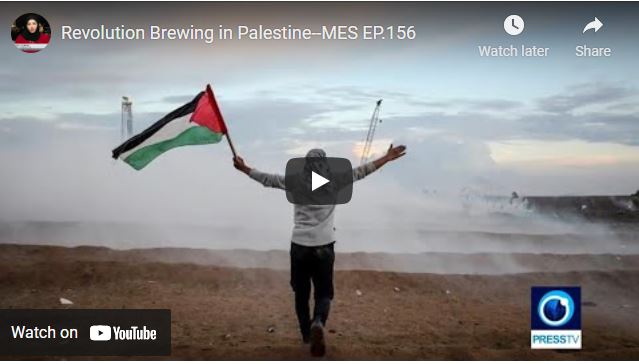 Is the targeting of the Zionist colonial project of Al-Aqsa Mosque, the first of the two Qiblahs and the third of the Two Holy Mosques, and the church of holy Sepulcher establishing a religious war with Muslims and Christians that might ignite a comprehensive Revolution in Palestine? The substitutionary colonial projects are not satisfied with killing, displacing and annihilating the indigenous population.

Zionism also seeks to erase their material, moral and cultural impact, or to seize it if possible, and to include it in its historical and cultural narrative. However, despite the difficulties imposed by the position of the Ramallah Authority, and the Arab complicity against the Palestinians, several factors on the ground indicate that a comprehensive Palestinian uprising in Al Quds, the West Bank and the 1948 occupied territories is closer than ever.

To discuss this issue with us from Beirut is Dr, Denijal Jegic academic and political commentator.

All indicators lead to pessimism about the persistence of the UN-sponsored humanitarian truce in Yemen, after a third of the period has passed without any significant military and humanitarian progress, amid erosion of Sana’a’s confidence in the possibility of the coalition of aggression and the United Nations fulfilling their obligations. Commenting on the ongoing war in Yemen, Leader of the Islamic Revolution Ayatollah Sayyed Ali Khamenei criticized Saudi Arabia’s intervention in Yemen, asking Saudi Arabia to cease its aggression and involvement in Yemen, emphasizing that his comment comes out of “good will” towards the Gulf kingdom.

To discuss this issue with us from Tehran is Dr. Hamid Reza deputy mayor of Tehran for international affairs and political commentator.