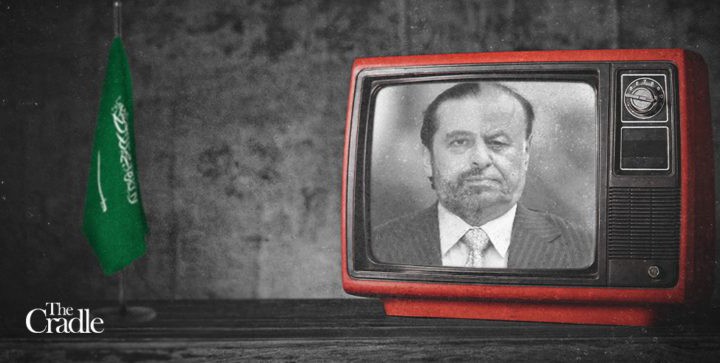 The exiled Yemeni president will transfer his presidential powers to the new council, with the Saudis pulling all the strings.

The significance of the newly established Presidential Leadership Council, which was formally declared on 7 March by the exiled Yemeni President Abdrabbuh Mansour Hadi, lies in the unification of most, if not all, of Yemen’s political and tribal factions who oppose the Ansarallah resistance movement and the National Salvation Government (NSG) it leads in Sanaa.

The transfer of “legitimacy” to the new entity by Hadi will also come with the support of US $3 billion dollars from its two main sponsors – and the two leading war coalition partners – Saudi Arabia and the UAE.

Saudi’s de facto ruler Crown Prince Mohammed bin Salman (MbS), who surprised many with this move, may have eliminated the burden of propping up the ailing 76-year-old Hadi and his notorious vice president General Ali Mohsen Al-Ahmar.

However, two main challenges remain for this presidential council: the first of which is its cohesion and the continued harmony of its members, who will need to set their own authoritarian ambitions and marked differences aside.

Secondly and most importantly, is the council’s recognition by the Ansarallah-run NSG, whose inclusion in potential peace negotiations are essential in order to reach a political settlement in Yemen.

The chairman of this presidential council, chosen by the Saudi and Emirati sponsors is an advisor of Hadi, Rashad Al-Alimi. There are eight members of the council, four from the north and four from the south – including the head of the UAE-backed separatist Southern Transitional Council (STC), Aidarus Al-Zoubaidi. The one thing they have in common is shared military and security concerns against the Ansarallah-aligned forces, now dominating the Yemeni battlefield.

United only in opposition to Ansarallah

Forming a potent political, geographic, and tribal mix of separatists, Islamists, tribesmen, secularists, tribal elders, and militia leaders, virtually the only element that binds this hodgepodge of mindsets is their collective hostility to Ansarallah. The factions that make up this council wither have political, principled or ideological reasons to refuse to coexist with the Yemeni resistance, or to join their ranks, despite Ansarallah being the strongest party on the ground.

In what will likely be President Hadi’s last stand, he announced during his televised address the establishment of the new presidential leadership council, and irrevocably ceded all his powers to it – as he said: “without returning.”

Whose authority is it anyway?

This reminds Arabs of the situation former Lebanese Prime Minister Saad Hariri found himself in, when he was kidnapped in Riyadh by his Saudi hosts in 2017, roughed up, and forced to read a ‘resignation’ speech on television during his house arrest. Were it not for the intervention of French President Emmanuel Macron, Hariri may still have been under detention, like many other ‘guests’ of the Ritz Carlton, including senior princes.

The legitimacy of this new presidential council can only come from its recognition by the majority of the Yemeni people and an approval by the NSG as a viable, domestic negotiating partner. Only then, can the parties try to reach a political settlement, share power, agree to a permanent cessation of fighting, and ultimately end the war.

Ansarallah’s spokesman and political bureau member, Mohammed Al-Bukhaiti, acknowledged the move took him by surprise, but he denounced the idea of any dialogue with the new presidential council, stating that “dialogue must be dialogue between Yemen and the countries of the four-way aggression, we do not negotiate with the tools of the states of this aggression.”

Al-Bukhaiti also launched a scathing attack on the new chairman of the council, Alimi, and described him as a stooge of the US.  “The real legitimacy is for those who defend the independence of the country, and this presidential council is illegal, because it is an extension of the occupation,” he argued.

Mohammed Abdulsalam, who heads Ansarallah’s delegation to UN-sponsored negotiations, said that Yemen’s only path to peace is halting the aggression and lifting the economic siege of the country, adding that the Yemeni people would not accept “illegal measures issued outside the borders of their homeland by an illegal party.”

The Saudis have technically ousted Hadi with this soft coup, as he was increasingly perceived as a liability incapable of unifying Yemen’s anti-Ansarallah groups and militias. But there is no guarantee this council will succeed either, as there are more issues that divide than unites them.

We should also not forget that those who have been removed, such as Hadi and his deputy, and those who have been excluded from the council, have supporters and fellow tribesmen on the ground. These elements may be able to disrupt the council’s agenda, and Hadi’s description of Ansarallah as “brothers” the day before he was removed may be a sign of things to come.

This presidential council may also have been formed to counter Ansarallah politically, and not to make peace with them, as has been seen with all the previous ill-fated unification initiatives thus far.

Presidential, in name only

In any case, after seven years of war, and the deaths of 377 thousand Yemenis, the conflict in Yemen is no longer confined among Yemenis, but has developed into a conflict over legitimate authority and the distribution of it. Anyone who says otherwise does not know Yemen and certainly does not know Saudi Arabia.

As with the Riyadh Agreement before it, the Presidential Leadership Council is also doomed for failure, so long as there is a refusal to acknowledge who actually wields the most power and authority in Yemen, both in governance and in the battlefield.