HOME / Exclusive Subjects / “Palestine: the central cause of the nation” conference kicks off in Sana’a 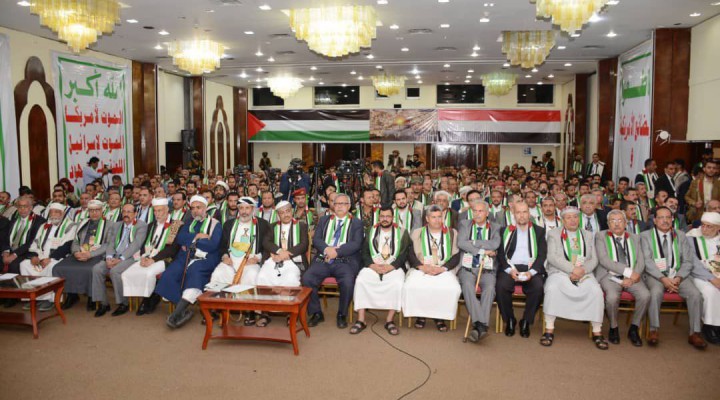 Exclusive– The “Palestine: the central cause of the nation” has kicked off Monday in Sana’a under the auspices of the President of the Supreme Political Council, Field Marshal Mahdi Al-Mashat, and the Prime Minister of the National Salvation Government, Abdel Aziz bin Habtoor, with the participation of Yemeni, Lebanese and Palestinian party, political, religious and academic figures. 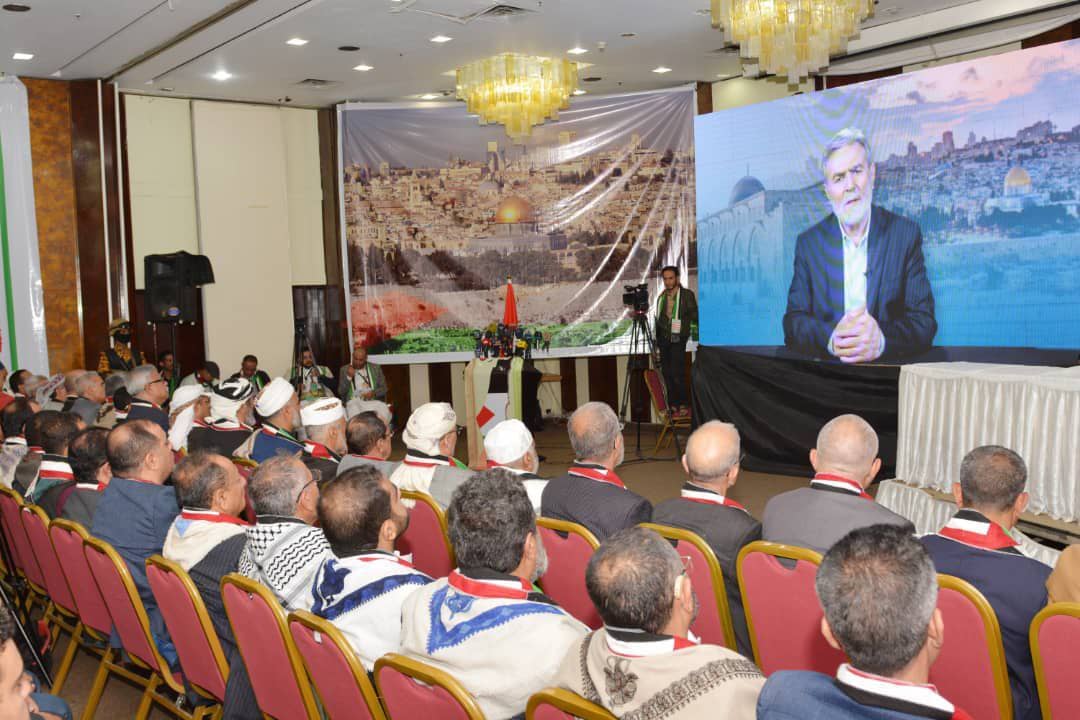 The Secretary-General of the Islamic Jihad Movement, Commander Ziyad Al-Nakhala, stressed in it that the conference bears many indications in light of the grim circumstances Yemen is suffering due to the continuous aggression, adding that the conference is “an additional evidence of Yemen’s commitment and to the Palestinian cause”.

In turn, the head of the Loyalty to Lebanon’s Resistance Bloc, MP Muhammad Ra’ad, stressed that the convening of the conference at this moment and place has a place in the seriousness of interest in the Palestinian cause, stressing that the countdown to the Zionist entity has begun as it is witnessing today a rapid decline in the level of the solidity of its internal front and its ability to confront the Palestinian uprisings. Ra’ad affirmed that “the pursuit of normalisation by the defeated countries of the region with the enemy, has proven that it did not achieve the interest of our nation, but rather increased its disdain”. 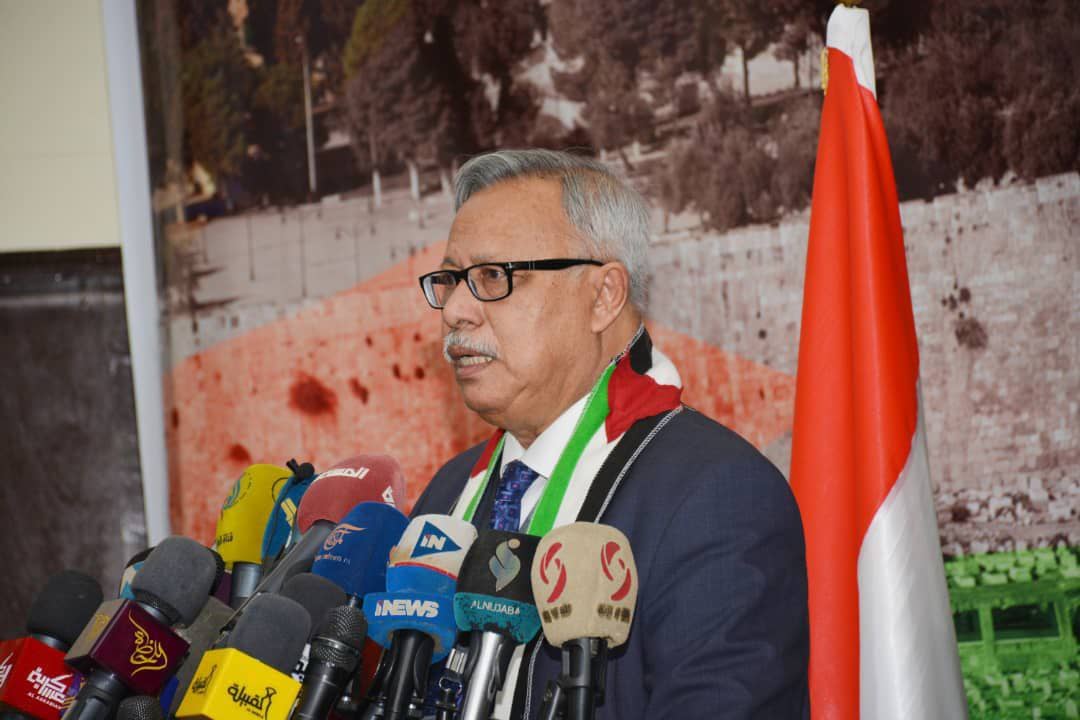 For his part, the Prime Minister of the Yemeni National Salvation Government, Abdul Aziz bin Habtoor, and during his speech on behalf of the conference’s sponsor, Chairman of the Supreme Political Council, Field Marshal Mahdi Al-Mashat, said, “The movement of our people is towards Palestine despite what we suffer from traitors, mercenaries and defeated, and the real support for the Palestinian resistance did not come from Arab countries, but Iran, and it was not a passing talk, but rather missiles and weapons that struck the heart of Tel Aviv.”

In line, the representative of the Palestinian resistance factions in Sana’a, Ahmed Baraka, avowed that Palestine is still the central cause of the nation, praising the daily scenes of heroism and redemption in the squares of Al-Aqsa Mosque and every part of the blessed land of Palestine. Baraka underscored that the Palestinian people, who have persevered in the face of the occupation, are at the forefront of the confrontation on behalf of the whole nation “to liberate Palestine from the abomination of the occupiers”. 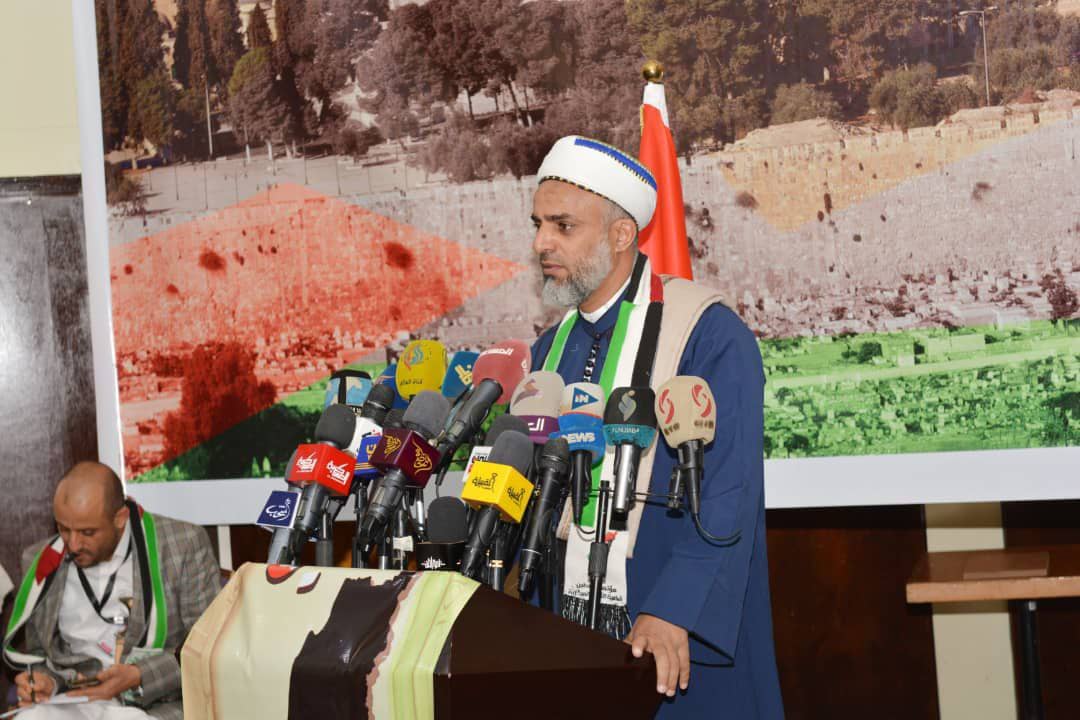 As for the Mufti of Yemen, the scholar Shams al-Din Sharaf al-Din, noted that “Palestine is a central issue in the hearts of Yemenis, and it is not hidden that the siege and war that is taking place [on Yemen] are as a result of this position towards Palestine,” stressing that the nation today, as it is living in the stage of conflict with the usurping Zionist entity, is concerned to embody and prove its true faith.

It should be noted that the activities of the “Palestine: the central cause of the nation” conference will continue for 4 days, coinciding with the occasion of the “International Quds Day”, with the participation of a wide Yemeni, Arab, and Islamic academic who presented more than 60 research papers.

0 thoughts on ““Palestine: the central cause of the nation” conference kicks off in Sana’a”