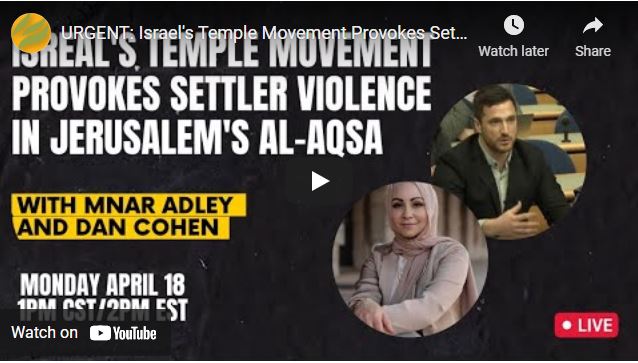 Mnar Adley is joined by documentary film maker and investigative journalist Dan Cohen to talk about how Israel’s Temple Movement Provokes Settler Violence in Jerusalem’s Al-Aqsa during Ramadan, again, and his documentary about this settler violence.

A Cathedral and a Mosque Engulfed in Fire: One Ravages the Past, the Other Threatens the Future