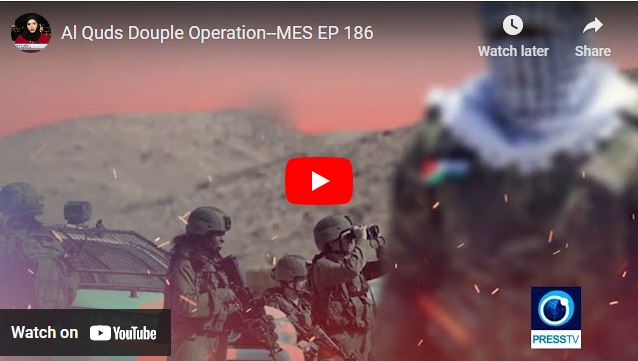 The Israelis are paranoid from the return of the resistance bombings, which had been absent for more than 15 years, but returned to occupied Al Quds last Wednesday, with the implementation of the “AlQuds operation.” For many years, Palestinians attacked Israeli occupation forces targets with stabbing, run-over, shooting and stone-throwing operations in response to the Israeli occupation aggressions and human rights violations.

But the most effective of all to this moment was the scenes at the bombing sights of buses stations in the heart of the occupied commercial centers were illegal colonial settlers roam terrorizing native Palestinians.

To discuss this issue with us from Beirut is Dr. Omar Nashabe analyst in criminal justice and human rights.

The Iranian and Russian positions on the renewed Turkish threat of a ground military operation in Syria show a kind of softness that can be explained by a number of new circumstances, which made the three guarantors of the “Astana talks” intersect in their hostility to the Kurdish separatist forces in northern Syria.

This softer approach by Iran and Russia was not until months ago, as it is today, when the Russians and Iranians recorded firmness regarding any Turkish operation of the above-mentioned type. In light of the semi-acceptance of Moscow and Tehran to the Turkish arguments, and the trio-contacts entering the stage of talking about the limits of the incursion and the political costs required to meet it.

To discuss this issue with us from Atlanta, Georgia Mr. Akil Hanano political commentator.