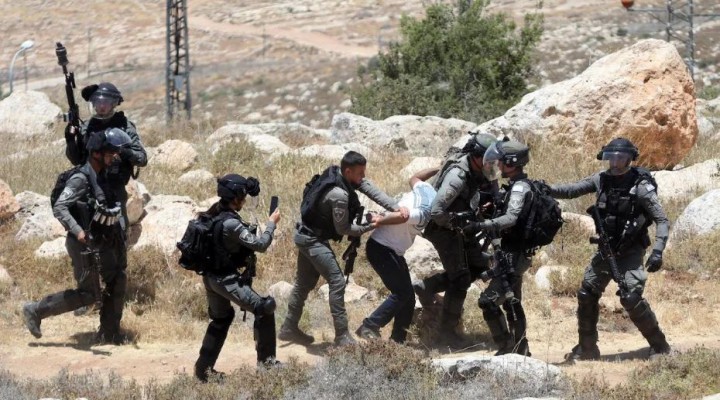 For decades, the international community has sought to portray the occupied West Bank as being distinct from Gaza by focusing on the Palestinian Authority in terms of diplomacy, and showcasing Ramallah as an example of prosperity. Israel’s colonial violence in the occupied West Bank and the PA’s “sacred” security collaboration to oppress Palestinians don’t suit this narrative. Neither does it suit the PA’s financial backers to speak about how Palestinians in the West Bank and Jerusalem are also active in legitimate anti-colonial resistance, against both the PA and Israel.

The truth is that while Palestinians’ experiences in Gaza differ from those of Palestinians under the PA in the occupied West Bank, colonial violence is a reality across the occupied Palestinian territories and Israel has the power to implement measures that can make both on a par in terms of violence, because it enjoys unparalleled international impunity.

Despite the efforts by Israel and the PA, particularly given Washington’s insistence that the latter should be strengthened to avoid the possibility of Hamas gaining ground politically, the Palestinian people have reclaimed their anti-colonial struggle from the manipulation of political factions. The refugee camps in particular have displayed unity in resistance which has prompted Israel to approve the use of drones during raids by the Israeli military, thus making targeted killings of Palestinians another violation to which the international community will soon be turning a blind eye.

According to Israeli media reports, drones will now be used “not only as cover and intelligence for forces during operations but also to carry out strikes should armed gunmen be identified as posing imminent threats to their troops.” The targeted killings of Palestinians are thus the next Israeli crimes to be normalised.

Palestinian anti-colonial struggle has been moving towards its roots, recognising the strength within communities on the ground and uniting with a common objective. The emergence of new brigades which are not affiliated to political factions is also evidence of the changes which Palestinians are now displaying. Mistrust of the PA, largely due to its security services carrying out purges within the occupied West Bank for the benefit of Israel and PA leader Mahmoud Abbas, have prompted Palestinians to reclaim not only their narrative, but also their political expression.

Extending not only the use of drones, but also the targeted killings of Palestinians, should prompt us all to questions about Israel and its accomplices, including the PA. Just months ago, an Israeli sniper murdered Palestinian American journalist Shireen Abu Akleh, who posed no threat to the Israeli army at the time of her killing. The absence of on the ground contact in Israel’s new page of aggression against the Palestinians will take targeted killings like that of Akleh to a new level. In the past, such killings made headlines due to the involvement of Israel’s domestic security agency, Shin Bet. The Israeli plan to normalise such violence within the occupied Palestinian territories using the latest technology is upping the ante against Palestinian refugees, while extending the boundaries of what constitutes normalised and acceptable violence, as long as Palestinians are the victims.

We have to ask both the PA and the international community why they continue to speak of a “two-state solution” even while Israel is seeking to make the killing of Palestinians even easier. Why are they not talking about protecting Palestinians from, and their right to resist, Israel’s brutal military occupation?