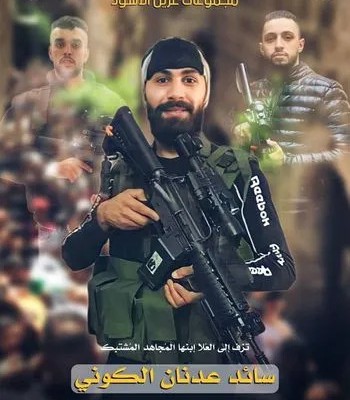 Syria has accepted the return of the “Hamas” movement after more than ten years of a boycott due to the Palestinian group’s support of the regime change in Damascus and the membership of many militants of the Takfiri groups. However, the return of Hamas to one of the most important members of the “Axis of Resistance” indicates its will to put behind it all differences and work for the unification of the Palestinian groups in their legitimate struggle to have their own state. The Syria-Hamas unification was possible only following an Iranian mediation and the personnel role of Hezbollah’s Secretary General Sayyed Hassan Nasrallah, who met with President Bashar al-Assad for this purpose and other issues of concern to both sides. But that was not the only attempt to unify the Palestinians: Algeria held a meeting for all Palestinian groups and reached an agreement to put their internal differences behind them and prepare for a new election in a year.

These unification steps have also coincided with the uprising of a new movement in Palestine. “Areen al Usud” (the Lion’s Den) paced the foundation for a new Palestinian young generation that is teaching the old generation a good lesson about how the freedom and unity of Palestinians come before all personal or organisational objectives. The new developments in Palestine, Algeria and Syria, are naturally a source of worry to the Gulf countries who normalised with Israel. The Arabs are receiving a direct message from Palestine that the Palestinians have the right to live with dignity and determine their future. The armed struggle will take over the 1990’s Oslo agreement, even though it is already buried.

A few years ago, in a private meeting, Iran’s Supreme Leader Ali Khamenei stressed that “the West Bank must be armed, and weapons must be delivered to it, and expertise must be shared and transferred by all available methods.” Sayyed Khamenei’s words are law in Iran, mainly to the Iranian Revolutionary Guard Corps – Quds Brigade, responsible for supporting all oppressed people, particularly the Palestinians.

Earlier this year, Israel bombed Iranian command and control sites at Syria’s T4 military airport, killing three Iranian officers who controlled the advanced drones. According to private sources, the Iranian drones regularly transported military equipment to Palestine. They repeatedly landed in several areas until Israel was able to discover their trips and decided to attack the launch source in Syria.

Israel’s bet, as well as many Arab countries, is that new Palestinian generations will forget about their ancestors’ territory and not claim back the land. Israel has continued to deprive the Palestinian people of their most basic human rights- with the support of the western community. This has enormously contributed to the birth of the new organisation from the West Bank, Nablus, and Jenin called “The Lions’ Den”, which has become an essential group in the resistance equation.

The “Lions’ Den” recruits volunteers to attack the occupying Israeli soldiers and settlers. It appeared as organised, self-managed and endowed with advanced armaments. It enjoys comprehensive popular support, glorifying all resistance groups and their leaders without discrimination. The “Lions’ Den” praised Yasser Arafat, Ahmed Yassin, Abu Ali Mustafa, Fathi al-Shaqaqi and all the martyr leaders of the Palestinian cause against the occupiers. This indicates the common ground of all leaders from different walks of life to free Palestine, which fits with the “Lions’ Den” objective it is advertising.

The most significant step taken by the “Lions’ Den” was to invite the Palestinian security services in the West Bank to either join its ranks and cause or to cease any cooperation with Israel in security matters. The many years of the Israeli-Palestinian Authority years of collaboration have led to the arrest of dozens of resistance fighters or revealed their exposure to Israeli intelligence. A recent clash occurred between the Palestinian Authority of Mahmoud Abbas and the “Lions’ Den” following the arrest of resistance fighters wanted by Israel, such as Musab Shtayyeh and members of the Al-Qassam Brigades (Hamas). This is why it is essential for all Palestinian resistance groups to ensure the end of any form of collaboration with Israel.

The “Lions’ Den” militants are dressed in black and carry a red material covering the gun barrel, indicating that bullets will not be fired in vain except to kill the occupiers. Their slogan is to support a collective revolution to restore rights, fight and eliminate the racist apartheid regime and end oppression and occupation, supporting the desire of all Palestinian peoples without exception.

The group enjoys comprehensive popular support, as demonstrated by the attendance of thousands at the memorial service for one of the elements who was martyred while fighting against the Israelis.

The “Lions’ Den” established a spiritual and moral unity that had not been seen for a long time in the Palestinian territories, divided for years. This new phenomenon emerged following Hams’ battle of the “Sword of Jerusalem” and the battle of “Unity of all fronts” led by the “Islamic Jihad”. The Palestinians are convinced more than ever before that it is possible to challenge Israel, notwithstanding its substantial military apparatus: the security of the Israelis can be put in jeopardy all over Palestine.

“The Lions’ Den” presented its program: to ”follow in the footsteps of the martyrs, not give up the armed struggle, crush the agents of Israel, not waste bullets by firing in the air during any ceremony but direct the guns towards the Israelis. All Palestinians are brothers, including the members of the security services.”

The Israeli security services seem incapable of confronting this group, which is presenting a new concept, does not operate under a specific banner, belongs to a young generation that is ready to fight, and does not beg for money or political gain. The group said it is fighting “an enemy who only understands the language of force and deterrence and who excels in deception.” The group considers that Israel has evaded all previous accords and negotiations with the Palestinians and really wants to expel all Palestinians from the country.

Israel is trying to eliminate all the founders and members of “The Lions’ Den” for fear of the spread of this phenomenon and its transformation into a model to be emulated in other cities. For Israel, the most critical situation is the spread of the resistance fighters in the West Bank, which represents the most dangerous security challenge since the 2005 Intifada,” said the former IDF chief of staff Gadi Eisenkot.

Private sources said that “Israel has withdrawn six battalions from the border with Lebanon due to the critical situation in the West Bank and its concern that the situation could get out of control.”

There is undoubtedly a new movement rising in Palestine and inspiring Palestinians all over the world. Indeed, the hashtag “We are all the Lion’s Den” has dominated social networks, proving that the group has won the hearts and minds of the people. It seems to represent the driving force of the rising Palestinian youth, which terrifies the most powerful military in the Middle East and threatens it through its ideology of rejecting all forms of occupation. The real message of the “Lions’ Den” is simple: there is no return from the armed struggle, no backing down. Israel is facing an unusual new era.