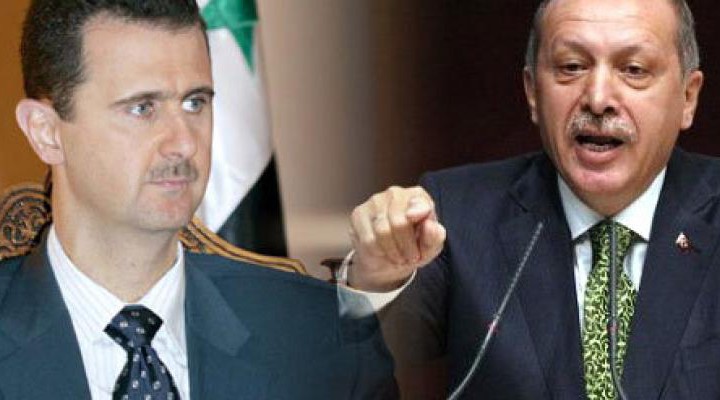 Erdoğan is desperate for a pre-election deal with Damascus

Iranian and Russian media reports that Turkey has ordered the opposition Syrian National Coalition (SNC) to leave its territory caused much controversy and confusion in Syrian opposition circles and around the region. There has been a flurry of both denials and confirmations, but only stony silence from the authorities in Ankara and the SNC leadership in Istanbul.

Conveyors of this news, like Russia’s Sputnik news agency, link it to Turkey’s policy U-turn in the directions of seeking reconciliation with the Syrian state and President Bashar al-Asad and turning a new leaf in relations. They recall the precedent of the expulsion of Egyptian opposition (specifically Muslim Brotherhood) figures from Turkey and the closure their Istanbul-based media platforms, and the similar measures taken against Hamas after Turkey cosied up to Israel again.

Sceptics concede there has been some change in Turkey’s attitude to the Syrian opposition, but note there has been no official confirmation the SNC is being kicked out and that the news was leaked by hostile Russia and Iranian outlets. They ignore the possibility that this may have been done deliberately to deliver a message and warn of impending practical steps.

The one thing that needs no confirming is that President Recep Tayyip Erdoğan is giving high priority these days to reconciling with Syria to find a quick way of unburdening Turkey of around four million Syrian refugees. They have become a major issue in opposition campaigns against him and his Justice and Development (AK) Party ahead of next June’s parliamentary and presidential elections. With Europe shutting them out, Turkey’s economic crisis worsening, and the AKP’s popularity plummeting, there is only one quick and effective way of getting rid of them: through the official Syrian door. This is the least costly option in political, military, and economic terms, especially as Russian President Vladimir Putin — who is an ally of both countries and has forces based in Syria — strongly supports such a reconciliation.

A source close to the Syrian authorities told me by phone that Turkey won’t abandon the SNC as it has a measure of international recognition, but is using it as a pressure card in Russian-mediated talks with Damascus. Erdogan seeks a ‘share’ in any settlement in Syria, both political or economic (such as transit rights for Turkish overland exports to the Gulf states), and won’t give this card up for anything. All he is doing now is squeezing the SNC to make it acquiesce to his new line on Syria, and also differentiate this ‘moderate’ group from the ‘terrorist’ components of the Syrian opposition which are set to be eliminated under his agreements and understandings with Putin.

The first step in this process of subduing the SNC — and I quote the same source — was to cut its funding (in agreement with Qatar) and the benefits enjoyed by its leaders in Turkey and close some of its offices. This was confirmed by reports of delayed salary payments to the SNC, denying its delegation the funds needed for travel to and accommodation in Geneva. It remains unclear whether this pressure is temporary or permanent. It depends on how obliging or otherwise the SNC’s reaction is.

Erdoğan is known for his extreme sensitivity to criticism, especially from supporters or beneficiaries of his support. He was shocked when some Syrian opposition groups in Idlib and northern Syrian chanted slogans against him after his statement in favour of reconciliation with Damascus. Some demonstrators even torched Turkish flags. Erdogan did not suffice with ordering his intelligence services to arrest all flag-burners and inciters accusing Turkey of betrayal. He also held up a ‘red card’ in front of all Syrian opposition groups as a warning and caution. Most seem to have submitted due to their lack of other choices.

The Turkish authorities often take action on the ground without necessarily announcing anything. When they were angered by the Syrian National Council opposition group, they promptly closed its offices, withdrew its privileges, cut off its funding, and took back the cars provided to its leaders. The group proceeded to relocate to Saudi Arabia, and we all know how that ended.

Governments — and Turkey is a prime example — use opposition groups as tools and pressure cards to serve their interests and policies. When circumstances change and interests take priority, they become the victims. The Turkish authorities didn’t hesitate to extradite Uighur opposition leaders and members in order to improve relations with China, even though they are ethnic Turks. They turned a blind eye to the elimination of Chechen, Iranian, and Arab opposition figures on their own territory.

Secret talks between Turkey and Syria have made rapid progress and a Russian-sponsored agreement could soon be reached. Erdogan is in a hurry and wants a deal before the elections, so he has begun responding to Syria’s demand for ‘deeds not words.’ The ‘taming’ of the SNC may prove to be the first of many steps. Just ask the Egyptian Muslim Brotherhood opposition and its media stars — where are they now? what happened to the Khashoggi case? and why are so many Arab dissidents in Istanbul looking for somewhere else to move?

0 thoughts on “Turkey and the Syrian opposition”