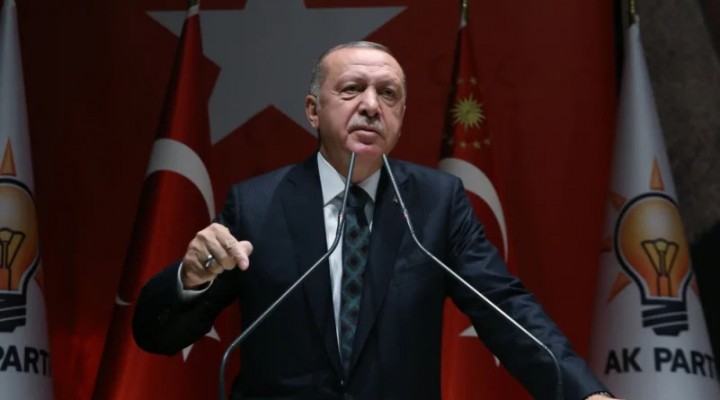 Turkey’s military escalation in northern Syria and Iraq — with more than 90 airstrikes launched on Sunday against Kurdish areas and military outposts linked to the Kurdistan Workers Party (PKK) –reflects the authorities’ growing sense of desperation after last week’s terrorist attack on Istanbul’s Istiklal Street which killed six people and injured 81.

These raids may serve President Recep Tayyip Erdogan and his AK party’s desire to exact revenge against the suspected perpetrators of the attack and project him as a strong leader confronting terrorism. But the consequences could prove disastrous for them ahead of next summer’s presidential and parliamentary elections.

The most serious aspect of these attacks is that they also targeted the Syrian army, killing ten soldiers according to the official SANA news agency. That destroys everything that was achieved in recent security talks between the two countries’ intelligence chiefs, and may also scupper Russia’s bid to arrange a summit between their presidents aimed at agreeing a border security pact that ends Turkey’s occupation of northern Syrian territory and revives strategic cooperation between the two sides.

The raids could also provoke an escalation of attacks by the PKK and the Syrian Kurdish PDF inside Turkey,negatively impacting the country’s security and its vital tourism industry at a time when the economy is experiencing capital flight, galloping inflation and currency depreciation, and rising unemployment.

The official Turkish statement declaring that the raids targeted ‘terrorism at its source’ was disingenuous.Neither the ten slain Syrian soldiers nor their country ever carried out any terroristactions against Turkey– quite the opposite.The attacks could lead to reconciliation between the Syrian state and the Kurdish groups defying its sovereignty in the north of the country, and unite them in fighting Turkey’s occupation of parts of it.

Erdogan’s surprise announcement that he will seek to restore relations with both Egypt and Syria — but only after the elections — suggests two things:

First, that current efforts to reconcile Ankara with Cairo and Damascus may have reached a dead-end, if not utterly collapsed.

Second: that Turkey is planning to escalate attacks on Syria in the next six months and enlarge its ‘security zones in the north to force Syrian refugees to relocate there. That would amount toa consolidation and expansion of the Turkish occupation and further destabilisation of the entire region.

Restoring Turkey’srelations with Egypt and Syrian ought to be a two-way street, not a one-sided dictation of terms. They were severed due to Turkey’s official intervention in the internal affairs of both countries. If they are to be repaired, that interference has to cease, seriously and completely, and its consequences erased — especially the Turkish military incursion into Syrian territory.

Erdogan’s ‘timeline’ for improving relations implies he is confident of being re-elected as president next June. But that is far from certain. The opinion polls suggest otherwise.

The Turkish president has been acting out of spite and vindictiveness rather than rational security and political considerations. His interior minister, Suleyman Soylu, may have hit the mark when he accused the US of being behind the Istanbul bombing and refused to accept condolences from the US embassy in Ankara. The US is, after all, the chief backer of Kurdish separatist groups whetherin Syria, Iraq, or Turkey.

Erdogan is experiencing blowback. His only way of making amends and overcoming terrorism is to restore ties with Damascus and Cairo, to the benefit of all sides. That might even help him and his party to get re-elected.