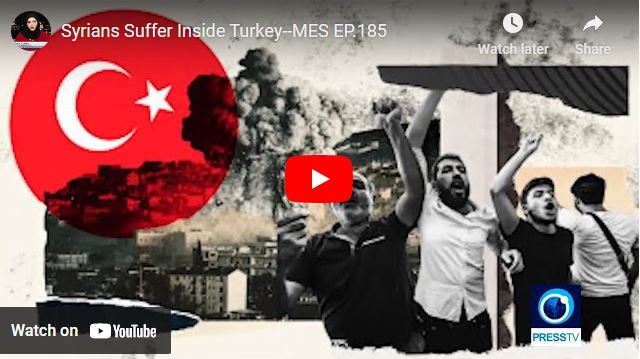 Efforts to raise awareness about the seriousness of hate speech to which Syrians in Turkey are subjected have not limited violent incidents. Some of them held the government and organizations responsible for their insufficient interest in curbing this discourse.

The fears of Syrian refugees in Turkey are increasing in light of the growing hate speech against them to the point of threatening their lives, and the country has recorded several murders due to hate and racism. In this context, they call on those who defend them and their right to live away from the dangers of arrest or killing.

To discuss this issue with us from Berlin is Kevork AlMassian, founder of Syriana Analysis news channel on youtube, facebook, twitter, Instagram and telegram. You can also find his reels and shorts on various social media platforms.

The mourners condemned the terrorist act, renewing allegiance to the Islamic Republic and Imam Sayyed Ali Khamenei. The mourners also called on the authorities to impose the most severe penalties on the perpetrators of the terrorist attack, which claimed the lives of seniors, youth and young children.Western Backed

To discuss this issue with us from Tehran is Professor Sayed Muhamad Marandi academic at Tehran university and political analyst.

The Scene Inside Iran–MES EP.184

“There is double standard in West when it comes to countries like Iran, Russia, and China”