Lebanon: New opposition must seize this moment for change 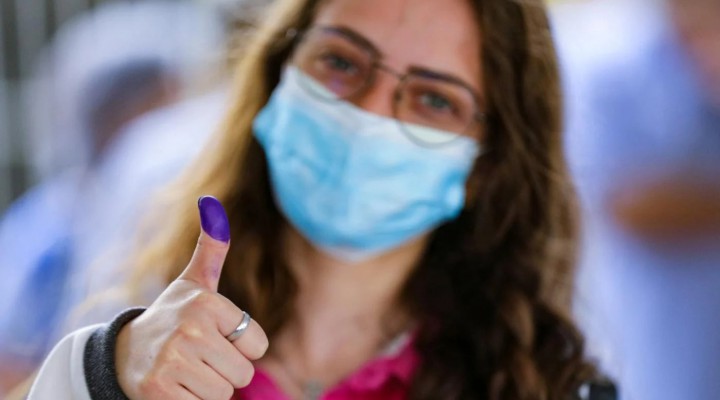 Independent MPs, who now hold almost a quarter of seats, should team up and agree on a landmark political programme to root out corruption

The outcome of the recent elections in Lebanon offers a dim light at the end of a long, tragic tunnel in which the country has been trapped for almost two decades.

Lebanese voters sent to parliament 13 independent MPs who are an expression of the civil society movement created by the so-called October revolution three years ago. This represents just 10 percent of the 128-member parliament, but it is nonetheless a starting point when it comes to moving Lebanon away from the kleptocracy that has pushed the country to the brink.

These newly elected MPs could look for convergencies with the other 16 independent MPs who also won seats. The latter belong to groups that did not participate in the 2019 protests, or were former MPs linked to traditional parties that resigned from parliament after the 2020 Beirut port explosion.

They could potentially team up to create a new political bloc that, in the best-case scenario, could hold almost a quarter of seats in parliament.

The priority now is to leverage these electoral victories to ensure that Lebanon’s corrupt power brokers do not, once again, extinguish the slender torch of hope.

The vote results showed that neither of the two main blocs that have dominated the country’s political arena in recent years was able to secure the 65-seat majority necessary to rule. This means they cannot on their own elect a new president or approve a new government.

And there is more good news. Some of the traditional Sunni power brokers who contributed greatly to making Lebanon a failed state, such as former prime ministers Saad Hariri and Fouad Siniora, and current premier Najib Mikati did not run. Hariri irresponsibly urged his constituency not to vote, further complicating the political landscape. In the end, only 49 percent of the electorate cast a ballot.

As the Lebanese premiership must be an expression of the Sunni community, forming a government will thus be even harder.

The vote did not deliver major surprises with regards to other constituencies, beyond a re-balancing among the two larger Christian parties. The Lebanese Forces, led by convicted war criminal Samir Geagea and curiously financed by Saudi Arabia, gained some seats, while the Free Patriotic Movement, led by Gebran Bassil, the son-in-law of President Michel Aoun, lost a few. They now have roughly the same number of seats, and both could thus claim the right to designate the next candidate for the presidency, which is reserved for Christians.

Hezbollah, Amal and the Druze constituency led by Walid Jumblatt substantially maintained their power, but some of their allies were defeated.

If the current configuration of parliament is confirmed, the 13 civil-society MPs and other independents who may join them could hold the crucial swing votes in determining the majorities needed to elect the new president and government. They should not waste such a unique opportunity; rather, they should wisely use this leverage.

Firstly, they must unite and present themselves as a bloc; none should give in to the enticements, temptations or pressures applied by other traditional blocs, who will surely seek to sway their votes to perpetuate the corrupt system. They will be offered money and ministries, and for the sake of Lebanon, let us hope they reject such solicitations.

They should understand that as individuals or in a small group, they will not be able to change anything. Only by acting together, in as large numbers as possible, can they make a difference. Unfortunately, not all the 16 independents will join the bloc of 13 – but hopefully a significant number will. It is thus crucially important that they swiftly agree on a landmark political programme and select experienced, incorruptible and charismatic leaders.

They should also declare themselves ready to cooperate with traditional political blocs only if firm conditions are fulfilled. These should include the removal of Riad Salameh, the central bank chief at the epicentre of the country’s criminal financial mismanagement; an extensive independent audit of how Lebanon’s banks and ministries have been managed over the past couple of decades, to ascertain who is responsible for the economic crisis; the approval of a law to allow the confiscation of the properties and assets of those responsible for this robbery; the adoption of major, internationally backed economic reforms and debt restructuring; and a full investigation of the 2020 port explosion, including prosecution of the culprits.

If such a political bloc is created and it sticks to such conditions, voters will finally get a sense that this time, something is really changing – and that perhaps there is hope for the battered country.

At the same time, more dark clouds are gathering on Lebanon’s horizon. The global economic outlook is worsening, and the international community’s focus on the Middle East has dissipated amid the Russia-Ukraine war and associated financial fallout.

Rising food and energy prices could provoke further turmoil and push thousands of refugees to flee Lebanon in search of a better future in Europe. Domestically, thousands more could pour into the streets in protest against their worsening living conditions.

Major international players will only step up to help Lebanon if the country can provide tangible evidence that this time, it is truly crushing corruption and adopting comprehensive reforms. Fulfilling the conditions outlined above would be a good step in that direction.

The alternative would be for the two traditional political blocs to renew their unfortunate partnership and continue the decades-long process of ravaging what remains of the country.

0 thoughts on “Lebanon: New opposition must seize this moment for change”