HOME / WORLD / Iran nuclear deal: Path to an agreement is fraught with obstacles 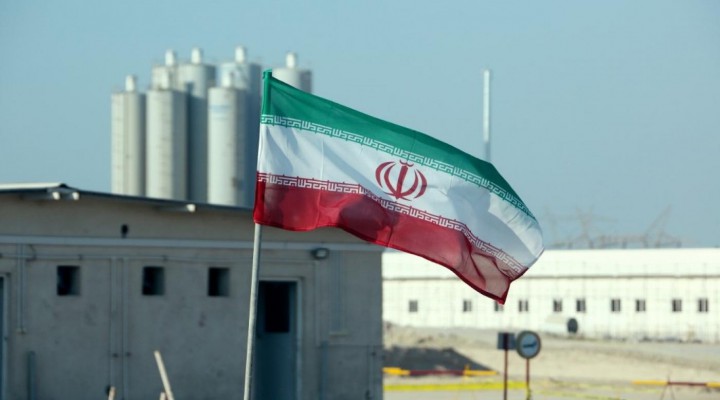 As negotiations resume in Vienna, US is rumoured to be contemplating a ‘less for less’ deal despite Israeli scepticism

Talks over the Iran nuclear deal are set to resume on 29 November, after a long break that followed Iran’s presidential elections in June. Britain, France, Germany, Russia and China, plus the EU, will once again find themselves in the same room as Iranian negotiators, as the US team waits in a separate room.

Iran has refused to engage in face-to-face talks with the Americans since they withdrew unilaterally from the deal in May 2018. So far, core negotiations have been carried out by an EU official who shuttles between adjoining rooms. It is not the ideal way to deal with hugely important talks, where nuance is critical and things may get lost in translation.

But it will be the first time that the team from the new administration of Iranian President Ebrahim Raisi meets the other parties to the nuclear deal and, hopefully, expresses its position on the framework for a deal.

According to Mohammad Javad Zarif, former Iranian foreign minister, a tentative framework had already been agreed upon in June, before the talks were adjourned. The US reputedly agreed to lift some sanctions in exchange for Iran limiting its uranium enrichment activities, so that it would be less likely to reach the threshold where it could quickly manufacture warheads.

But a framework is not a done deal, and as always, the devil lies in the details.

The signals coming from Tehran are not encouraging. Iran’s new negotiator, Ali Bagheri Kani, is not considering the upcoming talks to be nuclear negotiations at all, reducing them to “negotiations to remove unlawful and inhuman sanctions”. The Iranians may soften once inside the negotiating room, but Tehran seems in no hurry to do a deal.

The other major problem is how the US deals with its self-inflicted wounds: former President Donald Trump’s decision to leave the nuclear deal three years ago, and President Joe Biden’s missteps in attempting to rejoin it.

If the nuclear deal had been included on the agenda in January, when Biden solemnly pledged that the US would re-engage with the world by re-entering agreements that Trump had reneged on, the situation today would be much more manageable. But that was not the decision made at the time.

Claiming that Trump’s policy of maximum pressure against Iran had failed, Biden’s team nevertheless decided to continue to use that alleged leverage to get a better deal than the one Trump had walked away from. For Iran, which had never formally abandoned the deal, this was always going to be a non-starter.

Precious time was wasted in contemplating an “improved” deal that would have included Iran’s ballistic missile programme and regional activities, neither of which were covered by the 2015 deal.

Iran had a different approach, maintaining that the original deal could be revived, provided there was evidence that it would be respected and implemented by all parties. Yet, these demands were probably too much for the Biden administration, taking into account its small majority in a Congress still very hostile to Iran, and amid pressure from both Israel and Arab partners in the region.

Washington apparently never considered the damage that Trump’s withdrawal caused to the Iranian reformist camp, culminating in their electoral defeat in June.

The regional context also cannot be ignored. The protracted conflict in Yemen could soon have an outcome quite unfavourable to Saudi Arabia; Lebanon is on the verge of total chaos, where the only military force capable of assuming control could be Hezbollah; President Bashar al-Assad is consolidating his control of Syria while being courted by various Arab capitals; and Iraq, irrespective of its recent election results, will not easily rid itself of Iranian influence.

While the Abraham Accords between Israel and Arab states move ahead, there has also been an unprecedented flurry of Arab diplomatic activity towards Iran and its partners.

For months, Saudi Arabia has engaged in talks with Iran to relaunch their bilateral relationship and seek a face-saving way out of Yemen. The United Arab Emirates (UAE) recently dispatched its foreign minister to meet Assad in Damascus, and a delegation from Abu Dhabi is expected soon in Tehran. In addition, Bagheri Kani just visited Dubai for talks with senior UAE officials aimed at starting a new chapter in bilateral relations.

At the same time, the US and Israel have been at odds over the Iran nuclear file, with the New York Times reporting: “American officials have warned their Israeli counterparts that the repeated attacks on Iranian nuclear facilities … are ultimately counterproductive”, with US intelligence and international inspectors noting that Iran had “quickly gotten the facilities back online – often installing newer machines that can enrich uranium at a far more rapid pace”.

There are now rumours that the Biden administration could be weighing the possibility of reaching an interim deal described as “less for less”. If Iran stopped enriching uranium to 60 percent, the US and its allies could release some of Iran’s blocked funds to provide sanctions exemptions for humanitarian goods. This could buy some time, but Israel’s reaction to such a prospect has been negative.

Taken together, it is difficult to see how all of these factors will do anything other than bolster Iran’s hand at the forthcoming talks in Vienna.

Finally, without Russia and China, any sanctions pressure against Iran will be less effective, and Washington will have increasing trouble in getting Moscow and Beijing on board against Tehran while it is at odds with them over Ukraine, Belarus, Taiwan, Hong Kong and Xinjiang. Getting US foreign policy priorities right is important, especially at a time when American hard and soft power are perceived to be declining.

0 thoughts on “Iran nuclear deal: Path to an agreement is fraught with obstacles”