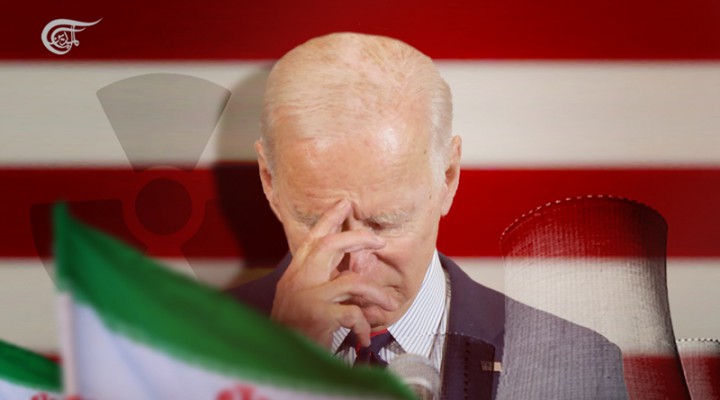 Biden wanted to have the option to pop in – and pop out of the Accord at will.

Trita Parsi, a leading commentator on Iran, shines new light on why the Vienna Talks on a return to the nuclear deal (the JCPOA) is dragging out: The mainstream media in the West have been quick to suggest the slow resumption of talks stems from the new Iranian Administration’s skepticism of Washington’s sincerity about reaching an outcome in which there is a meaningful lifting of sanctions. Secondly, it has been widely alleged that the Raisi team have been foot-dragging, in order to accumulate more bargaining leverage before the next round of Vienna haggling. This all may be wrong, it seems.

Parsi’s sources suggest that the crux of the matter is quite different: The spotlight falls not so much on any imputed Iranian delaying tactics, but stems from Biden’s refusal to commit to the JCPOA for the rest of his term in office — even were Iran fully to comply with the accord.

This crucial turning point in the negotiations occurred in May, Parsi writes, i.e. well before Raisi was inaugurated as President. The Iranians, as was widely known, had insisted on a legally binding commitment that the US would not again withdraw from the JCPOA, as Trump unilaterally had done.

The US team insisted that it could not bind the hands of the next administration (which is always the case). According to both Western and Iranian diplomats involved in the negotiations, Parsi writes, the Iranians then lowered their demand (presumably this refers to former President Rouhani), and requested a simple assurance that Biden should commit to staying within the deal for the rest of his term – at least.

Sources told Parsi the US team duly consulted Washington, but the White House refused to budge on giving any such commitment, citing ‘legal obstacles’. Instead, Washington offered changes to the negotiating text that fell short of a legal commitment. It was this response that effectively gummed the negotiations.

The Biden Team has been quite explicit, and not sought to hide the fact that they are seeking additional pressure points on Iran. This lies at the heart of the US dilemma: They recognize the need to lift at least most sanctions if Iran is in any way to be expected to return to JCPOA compliance. However, the more they lift, the less leverage is left for the US to pursue what has always been its final objectives: boxing-in Iran for far longer and stronger (on its nuclear program), and boxing-in Iran’s room for strategic maneuver by way of its regional allies – for longer. And last, but not least, boxing-in Iran’s missile defense system — effectively for good (these comprise all “Israel’s” Washington ‘ talking points’, of course).

Originally, it had seemed that Team Biden was looking to lift two-thirds of the sanctions, but to keep one-third as the sword of Damocles, poised above Iran’s neck. Parsi’s piece explains, however, that this latter threat was viewed as not enough. Biden wanted to have the option to pop in – and pop out of the Accord at will, and thus be able to impose ‘other options’.

Seen from this light, Biden’s approach does not just replicate that of Trump — it is more extreme.

Of course, this approach effectively guts the JCPOA. One principal Iranian demand from the time of the first formulation of the deal (in 2015), was the insistence of normalization of trade and commerce. It never happened.  And the verification of this aspect in any new deal has topped the list of the conditions list, as set by the Supreme Leader.

But with American insistence on their right to pop-out of JCPOA at any time during the Biden term, this effectively means that no investor, no bank, no insurance company would touch dealing with Iran. Sanctions snap-back at any moment? No thanks!

And what would Iranians think of their government if, after an exuberant momentary lifting of sanctions, Biden opts to ‘pop-out’, and impose economic austerity on steroids – all in order to compel a new, ‘stronger and longer’ JCPOA Mark Two?  And will that be one extension, or numerous additional ones, placing Iranian normalization far out, beyond any horizon?

So, why would Iran accept such a precarious, short-term promise (even if all sanctions were fully to be lifted, which seems improbable)?  Would it not be better to opt for economic predictability, albeit on a slower, but more assured gradient via the BRI and the Eurasian Economic Community – and let Washington be the one to collapse the deal?

Quite likely, Washington now sees that the notion of a ‘stronger and longer’ Mark Two JCPOA is simply ‘not on the cards’ –  and mirroring the Iranian analysis, is also quietly resigned to the deal’s collapse. Better now, than after a transitory resurrection, when the political cost of so doing, for Biden, will be higher. Team Biden and the west will hope to contrive Iran somehow being blamed — of course.

Would Iran as a scapegoat really matter?  Probably not. China and Russia knew the JCPOA ‘odds’ before they invited Iran to join the SCO as a full member. The state of the Vienna talks evidently did not deter China or Russia from proceeding.

What now?  Biden ‘talks the talk’ of Plan ‘B’ for Iran, clearly hinting at a military option.  And lately, the US defense secretary has hinted at a Plan ‘B’ for Ukraine. Biden too gestured towards a Plan ‘B’ for Taiwan on a CNN ‘town hall’ program last week. But China’s response indicated that Beijing thinks Biden’s bluffing. Possibly they think similarly about the mooted Iran and Ukraine Plans ‘B’, though no doubt the acute political instability in Washington will cause them to keep their guard up, just in case.