HOME / WORLD / As Iran approaches nuclear threshold, US is running out of leverage 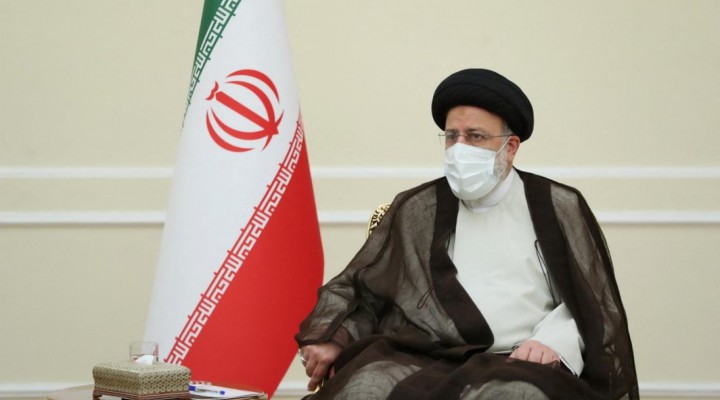 The strategic balance has shifted dramatically in two years, as the US-led policy of punishing sanctions has failed to keep Tehran in check

As if by magic, intelligence analysts and diplomats have collectively gone into overdrive on the issue of Iran’s nuclear programme.

The Institute for Science and International Security in September judged that Iran was about a month away from possessing enough highly enriched uranium for a nuclear bomb, an assessment reportedly shared by US officials.

But the outgoing head of Israel’s military intelligence, Tamir Hayman, contended that Iran still had a long way to go before acquiring a nuclear bomb, bringing the clock back two years – an evaluation echoed by former Mossad chief Yossi Cohen.

While American analysts were focused on the highly enriched uranium required for a nuclear device, their Israeli counterparts were talking about a ready-to-use device, which requires more time. At the same time, the US special envoy for Iran, Robert Malley, recently said that the US and its allies must brace for a world in which Tehran “does not have constraints on its nuclear programme’’.

Iran with enough highly enriched uranium for a bomb is a game-changer – so much so that it has prompted two former Israeli prime ministers, Ehud Barak and Ehud Olmert, to question whether Israel should declare the status of its own nuclear programme. So far, Israel has neither confirmed nor denied possessing nuclear weapons. Barak argued that with Iran likely crossing the “point of no return”, Israel should review its posture, while Olmert stressed that such a step would only serve the Iranian position that it needs nuclear weapons to deter Israel.

Israeli Prime Minister Naftali Bennett does not believe that his country should change its policy of nuclear ambiguity, remaining committed to the “death by a thousand cuts” policy to bend the Islamic Republic. Bennett and other Israeli officials have visited Washington recently, but they do not seem to have gotten much from the US in terms of a potential Plan B – a credible and agreed-upon military option should nuclear talks fail definitively.

The bald truth is that Israel’s ability to dictate policy to the US has waned. In 2015, former Prime Minister Benjamin Netanyahu felt confident enough to address both houses of Congress, and he went on to successfully lobby for the US to withdraw from the Iran nuclear deal.

Now, Israeli leaders are clinging to semantics, parsing every inflection from top US officials for signs that policy is changing. In August, Biden told Bennett that if all diplomatic options were exhausted, the US would examine “other options”; last week, Secretary of State Anthony Blinken confirmed that “every option” would be considered.

In the diplomatic lexicon, terms such as “examine” and “consider” commit the speaker to very little. Washington is playing the same game on whether it is prepared to license a military strike on Iran as Israel is playing with respect to the existence of its military nuclear arsenal.

Over the last decade, the US and Israel have gone from insisting that Iran cannot enrich uranium, to seeing the Islamic Republic close to the nuclear threshold. The tragicomic aspect of this blunder is that the US and Israel inflicted it on themselves: the former by leaving the nuclear deal in 2018, and the latter by incessantly lobbying the Trump administration to this end.

Israeli historian Benny Morris has effectively summarised Israel’s dilemma: either it destroys Iran’s nuclear facilities, or it will have to live with a nuclear Iran in the years to come.

It is unclear as to whether Israel has the capacity to destroy Iran’s nuclear programme. Even it if got bunker-buster bombs from the US, the outcome of such an attack would be uncertain, as would the response from Iran and its regional allies.

Semantics aside, Washington does not appear willing to do this job for Israel. The Biden administration’s future hangs on two major spending bills stuck in Congress, and it is not concentrating on Middle Eastern geopolitics. And why would Biden pull the rug out from under the war in Afghanistan, which lasted two decades, only to start an even more risky intervention in Iran? It is hardly the best strategy for staying in the White House past 2024.

What is truly dismaying is that so many pundits – in Washington, Tel Aviv and elsewhere – continue to believe that sanctions will force Iran to comply. Biden had initially sought a reinforced nuclear deal accompanied by an Iranian commitment to curb its regional activities; unsurprisingly, Tehran rejected this, and instead demanded precise guarantees on US compliance – which Washington, apparently, is unable to provide.

The Iranian leadership is not keen to be cheated again by another US withdrawal. Restoring the deal at this juncture would be complex, but not impossible. The main problem, however, is that as time passes, the original deal appears less and less attractive to both sides.

The US and its European allies seem to believe that the conditions in place when nuclear talks launched a decade ago still remain in place today. At the time, the assumption was that Iran only came to the negotiating table because of sanctions pressure. In fact, Iran was only willing to talk after the Obama administration dropped the previous administration’s precondition that Tehran suspend its uranium enrichment prior to any dialogue.

Today, ironically, Iran is demanding that the US show it is serious in returning to the deal, such as by releasing $10bn in frozen assets.

A decade ago, Russia and China pressured Iran through internationally approved sanctions, which were effective. Today, the US is leading the sanctions battle alone, reluctantly followed by the Europeans due to secondary sanctions.

Moscow and Beijing do not seem keen to throw Tehran under the bus. Quite the opposite: Iran recently joined the Shanghai Cooperation Organisation and signed a major economic agreement with China. Tehran believes it can weather US sanctions. So far, the US-led policy of maximum pressure has not prevailed; rather, it appears Iran is the one applying pressure by approaching the nuclear threshold.

In too many of the world’s capitals, the tea leaves have been read wrongly or not at all. In less than two years, the strategic balance has changed. As the Trump era came to an end in early 2020, the US assassinated Iran’s main strategist, Qassem Soleimani, while the Abraham Accords between Israel and some Arab states furthered Iran’s isolation.

Today, Biden is disengaging from Western Asia and focusing on the Indo-Pacific. Netanyahu is no longer in power, the Abraham Accords without Saudi ascendance may lose momentum, and both Riyadh and Abu Dhabi have been in talks with Iran, whose own proxies are maintaining or reinforcing their grip in Lebanon, Syria and Yemen. These are tectonic shifts. Perhaps the current world order should now prepare for Iran being a nuclear threshold state.

0 thoughts on “As Iran approaches nuclear threshold, US is running out of leverage”