HOME / WORLD / Time Running Out for Iran Nuclear Accord 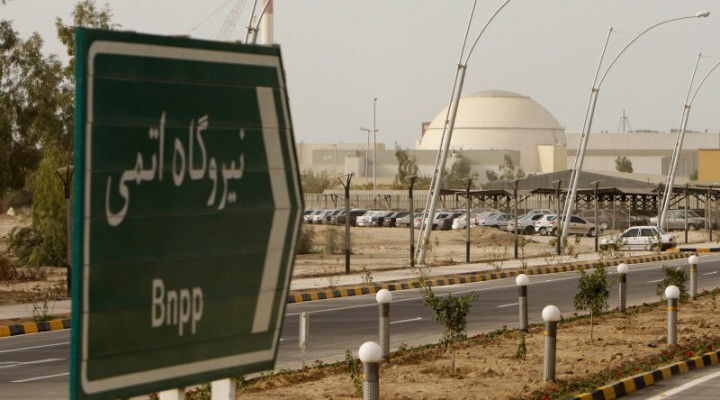 Iran has agreed to resume talks on restoring its landmark 2015 nuclear deal, known as the Joint Comprehensive Plan of Action (JCPOA). Talks, stalled since June, are expected to begin again in November, and all parties see this as a positive sign. However, a positive outcome may prove a bridge too far. Iran’s hardline negotiating position is driven by domestic political imperatives. US insistence on altering the JCPOA appears to be similarly carved in stone. Complicating matters, Iran has suspended JCPOA restrictions on uranium enrichment, pushing it dangerously close to nuclear-weapon capability; and US insistence that the JCPOA be linked to regional security issues is a moving target, amid the perpetual flux of Mideast geopolitical reality. Lastly, global economic reality may be blunting the impact of JCPOA-related sanctions, with China stepping up its purchase of steeply discounted Iranian oil in defiance of existing US sanctions. Time is not a friend to those seeking a negotiated solution. The longer the talks drag on, the more likely they will end in failure.

Former US President Donald Trump’s precipitous decision to withdraw from the JCPOA prompted responses by Iran that have all but neutered the agreement’s restrictions on its uranium enrichment capability, and economic sanctions that had been removed under the agreement are back in place. In short, the JCPOA today exists in name only. Reviving the accord will require the two principal parties in the negotiations — Iran and the US — to divorce themselves from powerful domestic political imperatives to reach a compromise that both recaptures the intent of the 2015 agreement and adapts to present political realities.

Iran stopped fulfilling its JCPOA obligations one year after Trump withdrew from the accord, citing failure of the European parties to the JCPOA to meet their obligations regarding trade with Iran. The Europeans, while expressing dismay at the US actions, restricted trade with Iran, citing the US threat to impose secondary sanctions on any company doing business with that country. Iran took an “all or nothing” position on the resumption of its JCPOA obligations, rejecting out of hand a piecemeal “commitment for commitment” approach to reviving the accord. Iranian negotiators’ hands are further tied by legislation passed by their parliament with the implied support of Supreme Leader Ayatollah Ali Khamenei.

The Iranian intransigence on maintaining the integrity of the JCPOA extends to the timelines in the document, especially what is known as “Transition Day.” On Transition Day, defined as Oct. 18, 2023, eight years to the day after the JCPOA came into effect, the US must terminate all sanctions imposed on Iran that are linked to Iran’s nuclear programs. Theoretically, Transition Day could come earlier, should the director general and board of governors of the International Atomic Energy Agency (IAEA) and the UN Security Council conclude “that all nuclear material in Iran remains in peaceful activities,” but there’s virtually no chance that will happen.

Another important JCPOA-driven milestone is “Termination Day,” the date on which the UN Security Council resolution endorsing the JCPOA terminates. That falls on Oct. 18, 2025, 10 years after the accord went into effect.

Iran insists these two dates are non-negotiable, even while conceding that it won’t be back into full compliance with JCPOA restrictions on its nuclear program before Transition Day. From the US perspective, the lifting of all sanctions while Iran is in technical noncompliance with its commitments is a non-starter, and it is demanding an extension of both the “Transition” and “Termination” dates or, failing that, a positive report by the IAEA director general before these dates.

Iran has also raised objections to continuing US sanctions that are not covered by the JCPOA, but have the same impact. The Iranian government is demanding more than the political act of terminating sanctions. It wants the practical results of ending sanctions to be verified before it acts in response — something it states would take up to six months. The US contends that verification can take place in a matter of days.

Lastly, Iran is seeking assurances that the Biden administration will not threaten to withdraw from the JCPOA as a means of pressuring Iran to engage in follow-on negotiations designed to restrict Iran’s rights under the accord. The implicit threat of US withdrawal has hung over the JCPOA from its inception: President Barack Obama told US reporters in April 2015 — three months before the JCPOA was finalized — that the US planned on revisiting the agreement on the eve of expiration of its “sunset clauses,” such as Transition Day, “Termination Day, and timelines associated with the lifting of restrictions on aspects of uranium enrichment, with an eye to either renegotiating extensions or terminating its participation.

The US has never viewed the JCPOA as an agreement that it was willing to see through to fruition, but rather as a placeholder, designed to freeze Iran’s nuclear program in place until alternative courses of action could be decided upon. Iran has known this all along. Its concerns, which are shared by Russia and China, are that the US might agree to rejoin the JCPOA as it stands, only to threaten to withdraw on the eve of Transition Day unless Iran agrees to further restrict its nuclear program and link the JCPOA to other issues, including its ballistic missile programs and relations with its regional neighbors.

Resumption of the JCPOA as originally written appears to many in the US national security community as a Faustian bargain, giving Iran sanctions relief and entry into the international community without any behavioral changes, while fast-tracking Iran’s nuclear program beyond the so-called “breakout capability” — the ability to enrich enough uranium to make a nuclear bomb — that drove the JCPOA restrictions to begin with.

Iran already has blown past the one-year “breakout” window, with many calculating its ability to enrich enough material for a nuclear weapon in months, if not weeks. Over past two years, Iran has accumulated tremendous experience in operating advanced centrifuges, which could be rapidly put to use when JCPOA restrictions expire in a few years.

The most important aspect of the JCPOA remains the compliance-verification inspections by the IAEA, all of which would remain in place even after the last JCPOA restrictions expire. The inspections give the international community the best capability of monitoring to ensure that Iran’s nuclear program remains peaceful, while providing Iran with an incentive to prove it can indeed function as a law-abiding member of the international community. While this outcome may not suit those who seek to use the JCPOA to permanently contain Iran, it is a much more desirable outcome than continuation of the current environment of mistrust and hostility.

Time is running out, however. For those who seek to use the JCPOA to rein in Iran’s so-called regional “malign activities,” the clock has already run out, with pro-Iranian forces dominant in Yemen, Syria and Lebanon, and Iran able to checkmate the US presence in both Iraq and Afghanistan. Moreover, Iran’s ballistic missile programs are a regional reality, with any hope of restricting their scope and scale by tying them to the JCPOA long gone.

More importantly, the viability of US-led sanctions to constrain Iran economically is rapidly diminishing. A key indicator of this is China’s willingness to purchase large amounts of deeply discounted Iranian oil in violation of US sanctions. Iran’s membership in the Shanghai Cooperation Organization, concluded last month, increases its potential for significant economic interaction with important global economies, also despite US sanctions.

The resumption of negotiations in November may be the last chance to breathe life into an agreement which has, for all intents and purposes, already expired. The best hope is that all parties respect the JCPOA for what it is — an agreement temporarily restricting Iran’s nuclear program while imposing lasting compliance-verification inspections — and stop trying to turn it into something it isn’t, namely a vehicle for constraining Iran’s non-nuclear related activities and behavior.

0 thoughts on “Time Running Out for Iran Nuclear Accord”