HOME / WORLD / What if the 29 November JCPOA Talks Fail? 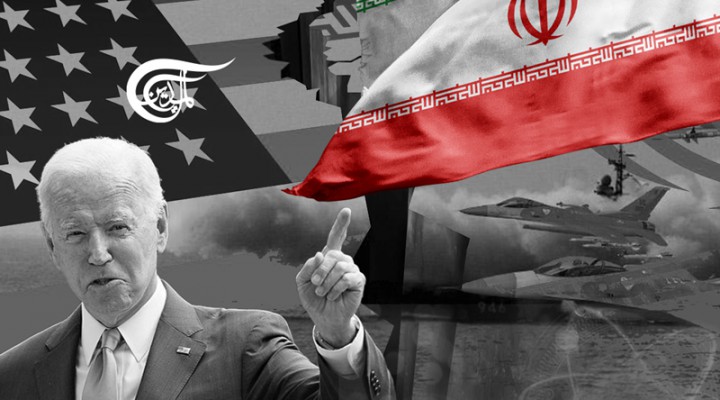 So what might happen, should talks fail? Would the JCPOA be finished?

The auguries are not promising. After some delay, in the wake of a new Administration being formed in Iran, talks are penciled in for the end of this month. Washington however, seems unable to set any course for these talks. It has increased pressure on Iran, albeit lightly; but there is no sign of any alternative American plan – a Plan B – should the talks not be renewed, or should no agreement be reached with the US. Indeed, the Biden Team seems undecided even whether it intends to negotiate for a return by Iran (and the US) to the 2015 agreement ‘as is’, or to go all out to push for a ‘longer and stronger’ deal.

In practice, the latter option – ‘longer and stronger’- is almost certainly not ‘doable’: It will not be available from this Raisi Administration. It is, in short, not ‘on any table’ of options. And even a return to the present JCPOA accord now is problematic. The fact is that the 2015 agreement has become increasingly redundant. There is little point in rehearsing here all the obstacles to an accord that have arisen in the talks – and which remain unresolved. That is no longer the main point.

The stark reality is that Iran has surged ahead so far in terms of its technical prowess; its accumulation of 60% enriched uranium; its technical ability to manufacture and mold uranium metal; and its centrifuge ability to accelerate enrichment levels very quickly – and to the higher 60% enrichment level, that the 2015 JCPOA has become rather like those black and white post-war postcards of familiar scenic landmarks. They reek of eras long since passed which have become so remote, so passé from our contemporary ‘way of being’, that they evoke little resonance in today’s viewer, and only some detached curiosity.

That is the JCPOA today — a relic from an era now gone. And no more than that we can revisit the scenes in those old fading postcards; can conditions of ‘classic’ JCPOA be reconstituted? Israeli defense experts acknowledge that the genie of accumulated technical knowledge never can be pushed back into the bottle. It exists. It is there. It is and rests in the Iranian cerebrum.

Israeli experts say that even were the Iranian nuclear facilities to be utterly destroyed (a highly questionable premise, given their dispersal across the country; their concealment of key parts; and the depth to which they are buried), it would delay Iran’s nuclear program by just two years max.

The above hypothetical gaming strategy of threatening the military option, however, usually omits one other vital factor: That the attempt would likely trigger a regional, multifront war, for which “Israel” is not prepared. This mostly unstated addendum, of course, is the game-changer. For not only has Iran’s nuclear program advance rendered the JCPOA to an archaic postcard from the past, Iran’s smart missile, and swarm drone deployment encircling “Israel” has knocked the floor out from beneath both the US’ and Israel’s Plans ‘B’.

They do not have Plans ‘B’. Why? Because the US and Israeli ‘military option’ (the stick to be waved in the event of Iranian non-compliance) and so often touted during the Obama era is not ‘gone’. It is there – as the US tried to remind all recently, by flying a B-1B heavy bomber, capable of carrying its heaviest ‘bunker busters’, in a circuit around Iran – but it is just that the risks of such action have grown, one thousand-fold. An all-front war in the region might witness the end of “Israel” as we know it today. It is as stark as that. And best left unsaid (in western circles).

There it is: neither the US, nor Iran, have a credible Plan ‘B’ that would not entail the high risk of turning the region into a smoldering desert, and the Iran ‘program’ has progressed sufficiently that threshold status cannot be avoided, and only then theoretically can be delayed by two years (perhaps).

So what might happen, should talks fail? Would the JCPOA be finished?

Well, none of that is clear.  Firstly, were the talks to fail, or not take place, there will be the issue of blame. The Euro 3 and the US at the G20 have already laid down the framework for blame to be squarely placed on the Iranian shoulders.

But, this needs to be unpacked further. There are two different components to this. The primary concern for Biden will be to avoid blame at home, from the Beltway foreign policy élites. He is already under fire at home for having a ‘weak’ foreign policy. The wider assessment globally will be of secondary consideration for him. But not for Iran.

Russia and China probably would have little problem with Iran as a nuclear threshold state (though they have not said this explicitly). For example, Japan has long been a nuclear threshold-state, yet is not a weapons one. The Russia-China axis may view Iran as already one now. Maybe. They would not, however, welcome Iran becoming a weapons state. They would want, rather, that Iran continues to comply with its NPT obligations (including NPT-specific inspections by the IAEA).

Would this imply keeping the NPT, albeit as a hollow corpse functioning only on mechanical life support? That is a moot point. Is there much point to that? What would the Euro 3 do? That is moot, too. Though, as usual, they probably will likely follow the Biden lead and blame Iran. They already have started down that path – with the joint statement issued in Rome, preparing the blame narrative for Iran.

What happens then? Possibly, not much. It is already evident that the Israeli government feels compelled ‘to do something’, for its domestic constituency. There is much wolfish huffing-and-puffing, threatening to ‘blow the Iranian house down’, though the Iranian house now is built of brick. And “Israel” needs at least two years of preparation to be ready for any big war. Bennett has threatened instead to step up attacks where he sees some Iranian vulnerability: i.e. in Syria and Lebanon, where “Israel” perhaps still feels able to micro-attack Iran without starting a regional war.

Bennet might be right. But note that many in the Israeli cabinet now have their eye focussed on Moscow (in the wake of America’s piece-meal withdrawal from the region). These Israelis see Moscow in the regional driving seat and believe that “Israel” should re-calibrate accordingly. Bennett’s calculus on Iranian vulnerability, however, may prove an error. The Raisi government will not sit passively, but will likely respond in a calibrated asymmetric (and deniable) way (viz. the recent ‘tanker wars’).

In the event of ‘no deal’, Russia and China will not blame Iran, but rather will blame Washington, (rightly). Iranian oil will continue to flow, and the economy will gradually integrate into the Eurasian Economic Community.

But … but, the region is ‘dry tinder’: Tense, and with people in desperate straits, in very many ways, from suffocating summers, crop failures, and systemic entropy.  A wrong move by the US or “Israel” and it could explode into a raging bushfire.

0 thoughts on “What if the 29 November JCPOA Talks Fail?”