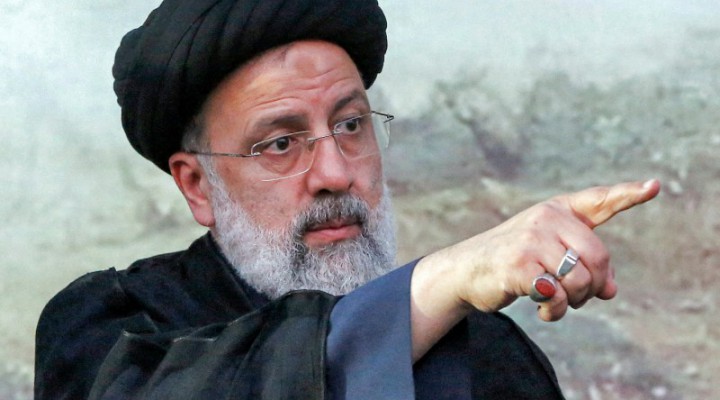 The U.S. seems to be on the verge of despairing that Iran will return to the Vienna nuclear talks

Israel thought it could intimidate Iran with its hollow military threats and by convincing the U.S. to walk out of the 2015 nuclear deal, notes the editor-in-chief of an online pan-Arab daily. Instead, it walked right into a shrewd Iranian trap, allowing Tehran the time it needed to develop its nuclear capabilities and surround Israel with striking “revolutionary” armies on three or four sides.

It has begun to exert pressure on it, whether via the International Atomic Energy Agency (IAEA) or through Israeli threats to launch an attack and destroy its nuclear programs under the pretext that they have crossed every red line.

On Monday, the U.S. once again threatened to impose ‘diplomatic’ sanctions on Iran unless it allows international inspectors to access and monitor a centrifuge manufacturing site in Karaj, North of Tehran. Iran’s IAEA envoy Kazem Gharibabadi responded that the applicable understandings do not specifically include this facility, and his country would not allow international monitoring equipment to access the facility until sanctions are fully lifted and the IAEA condemns the Israeli terrorist attacks that have targeted it.

Some may rightly argue that Israeli threats to destroy Iranian nuclear facilities are not new and began ten years ago, if not more. However, listening to Israeli PM Naftali Bennett’s speech to the UNGA yesterday (Monday) leaves one with the sense of an unprecedented state of Israeli anxiety and frustration, making these threats ring differently this time around.

Addressing the UNGA for the first time, Bennett followed the example of his predecessor, Binyamin Netanyahu, but without presenting photos and graphs about the extent of these nuclear programs’ progress. In fact, in contrast to all previous speeches, he did not address the matter of the Israeli-Arab conflict at all. Instead, he displayed a tense fixation on Iran and its nuclear programs, which he claimed have reached a watershed moment and made great leaps forward in the domain of nuclear research and enrichment and in building secret nuclear sites in Turquzabad, Marivan, and Teheran. He also condemned Iran’s support for armed movements surrounding Israel and viciously attacked new Iranian President Ebrahim Raisi.

This intensified Israeli raving of late is due to two main developments:

First: The Americans and Israelis have reached the firm conviction, backed by classified Western security reports, that Iran is now on the verge of becoming a nuclear state. In other words, it has acquired the technological capabilities and enriched uranium needed to produce nuclear warheads, and the ability to load them onto long-range ballistic missiles.

Second: The new Iranian government under Ebrhaim Raisi’s ‘revolutionary’ leadership is indifferent to returning to the Vienna nuclear negotiations. It removed the former chief negotiator in Rowhani’s government, Abbas Araqchi, from his post and relieved him of all his duties, but has not yet appointed a successor. Meanwhile, new Iranian Foreign Minister Hussein Amir Abdollahian said that his country is in no hurry to return to the Vienna negotiations and needs at least three months to become ready for this task.

Israel’s anxiety may stem from U.S. Secretary of State Antony Blinken’s statements. Upon taking office nine months ago, he said that Iran is three months away from producing nuclear weapons, which necessitates returning to negotiations on the nuclear deal his country withdrew from in 2015. Now nine months have passed without the U.S. finding success through negotiations and its willingness to make major concessions, including lifting most of the sanctions. This confirms the hypothesis that Supreme Leader Sayyed Ali Khamenei, who personally oversees the nuclear dossier, adopted the policy of buying time, waiting for the Iranian presidential elections to remove Rowhani’s ‘reformist’ government from office and usher in Raisi’s ‘revolutionary’ government, taking matters back to square one – i.e., before the nuclear deal was signed. So far, this is what has been happening.

Israel is reaping the fruits of its foolish strategic policies in confronting an Iranian establishment known for its shrewdness. Israel mistook the Iranians for cattle, in its great naivety believing, as did certain Arab rulers, that it could intimidate them with military threats, deceive them with the lie of its military and security edge, and force them to sign the Abraham Accords surrendering to normalization.

This confirms our belief that it was Netanyahu who instructed the previous U.S. president to withdraw from the nuclear deal, recruiting his unwitting student, Jared Kushner, to do the task, unaware that he was rendering Iran and its supreme leader the great service of getting out of the deal with the fewest possible losses, allowing Iran to increase enrichment rates and develop its nuclear capabilities, and giving it the time needed to accomplish this.

The Israeli threats will not intimidate Iran, but will prove utterly counterproductive. Iran has become a major regional power and a ‘quasi-nuclear’ force. It has adapted to the sanctions and leveraged them to develop advanced military capabilities. It has established a system of military, ‘revolutionary’ striking armies surrounding Israel on three sides, soon in addition to the fourth side (the sea). It has won the ships’ war, broken the U.S. blockade on its allies in Syria (due to the Caesar Act), Lebanon (by supplying diesel), Yemen (by achieving a military edge against the Saudi aggression), and the Gaza Strip (via rocket deterrence).

We have never met Khamenei and Raisi, but we can tell from afar that following Bennett’s threats to Iran from the UN podium put a broad smile on their faces, although we doubt that they have the time and perhaps the desire to follow these threats, not only because they have become rote, but because they are devoid of any value and are full of hot air.