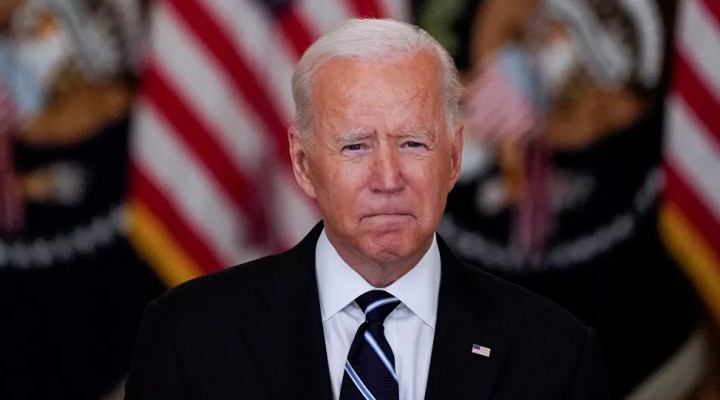 US President Joe Biden this weekend warned Iran that “other options” will be used if the failed nuclear deal is not restored through diplomacy.

In American official parlance, “other options” is a polite way of threatening to use military force.

The threat is all the more sinister given that Biden uttered the words while sitting beside Israeli premier Naftali Bennett in the White House. Israel has repeatedly vowed to launch military strikes on Iran even if the United States signs up again to a nuclear accord with Tehran.

That’s the nuclear treaty signed in 2015 by the US, Britain, France, Germany, China and Russia along with Iran. The Joint Comprehensive Plan of Action (JCPOA) imposed restrictions on Iran’s nuclear industry preventing weaponization. In return, harsh international economic sanctions would supposedly be lifted off Iran.

It was the United States under Trump that walked away from the legally binding deal in 2018 and reimposed crippling sanctions on Iran. European weakness in deferring to American sanctions forced the Iranians into partially revoking their commitment to nuclear restrictions by increasing stockpiles of enriched uranium, the metallic substance used for nuclear weapons. Not that Iran has got anywhere near the level of enriched uranium required for making a bomb. And in any case, Iran has consistently disavowed the intention to obtain nuclear weapons.

During his 2020 campaign for the presidency against Trump, Biden promised to return the US to the international nuclear deal with Iran. Nine months into his presidency, there is no sign of Biden delivering on his promise. Multiple rounds of negotiations in Vienna have gone nowhere because the Biden administration insists that Iran must make the first concession of full compliance in nuclear activities.

Tehran says the onus is on the US to first lift its sanctions to restore the nuclear deal.

The Biden administration has shown no willingness to reverse the harsh economic measures imposed by Trump.

Furthermore, the Biden White House is continuing the unprecedented demands that any new nuclear deal must have add-on restrictions against Iran’s conventional missile defenses. That’s like buying a car, then bringing it back to demand upgraded upholstery, alloy wheels, and so on.

The American bad faith here is stupendous. They unilaterally pulled out of an international treaty that was endorsed by the United Nations Security Council; they reimpose illegal sanctions that amount to economic warfare; and Biden not only backtracks on election promises, but he also wants to rewrite a deal that Washington signed up to six years ago.

On top of all that brazen skulduggery, the US president threatens to make war on Iran if it doesn’t sign up to American demands, which he characterizes as “diplomacy”. All this while sitting beside the leader of a country – Israel – which has an illegal stockpile of up to 300 nuclear missiles and which threatens Iran all the time.

You could not make this American absurdity up. Even more farcical and heinous, Biden is threatening war – which in itself is a crime of aggression under international law – in the same week that the United States is finally retreating from Afghanistan in the disgraceful defeat of its 20-year illegal military occupation of that country.

Washington’s record of waging wars around the planet is as fiendish as it is futile. How many wars, how many defeats, how many deaths? You would think a nation that spends over $700 billion a year on its military – more than 10 times that of Russia – might just win at least one war. The monumental failure of US militarism is astounding and yet that fact is barely mentioned in Western media – that’s the power of propaganda for you.

But winning wars is not the real purpose. US militarism – or if you like state terrorism – is central to propping up its atrophied capitalist economy and enriching the elite. In that very narrow definition, then arguably American warmongering has succeeded. For a time.

Though, ultimately, it is unsustainable and heralds the coming collapse of American society and what remains of its global power.