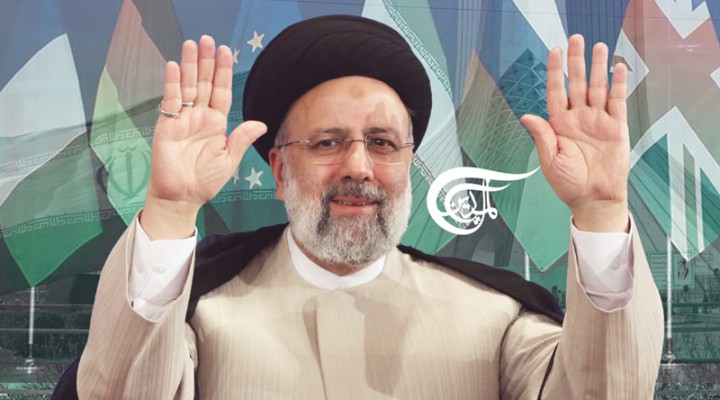 Raisi’s discourse is a particular challenge to the West, grounded, as it is, in the values of ethical revolution which are both alien and incomprehensible to this Metro-Elite.

There are moments when shafts of clarity shine through the fog of narrative war. President Raisi’s inauguration speech this month was one such scintilla of illumination. Iran is strategically repositioning: The years of trying to find a modus vivendi with the West has only served to demonstrate to both partners, in this unromantic ‘affair’, that a relationship just is not possible. Indeed, as Raisi hinted, it has left Iran not only listing dangerously to Port-side, but with its home in disarray.  Raisi needs firstly to put his home again in order, he said, and then to open diplomacy to a wider and more diverse circle of interaction. The last eight years were suffocating.  A window needs to be opened.

This may all sound somewhat banal: A matter of domestic re-ordering. It may sound that way; but it isn’t. It is far from trivial. Preceded by the 1953 coup, the 1979 Revolution has been a ‘bone stuck in the American throat’; and the subsequent incited seven-year war with Iraq — all have failed to dislodge the ‘bone’. And now US hopes to shackle Iran with iron JCPOA fastenings seem to have slipped over the horizon.

The point here is this moment’s wider symbolism — and the illumination it reflects back — onto one key unspoken lacuna: Neither the US, nor “Israel” (and of course the EU), have no inkling of a Plan ‘B’.

The symbolic point however, should not be overshadowed by the absence of a western plan ‘B’. Iran is a ‘pivot’ of the region, and an ‘influencer’ to the Muslim world.  First Russia at Munich, then China in Anchorage, washed their hands of the attempt to do transactional ‘diplomacy’ with the West.  This Iranian signal of alienation – despite repeated trying – resonates widely.

The reason for this dearth of mutual understanding is not hard to identify: The underlying, deeply moralising approach of the particular hyper-liberalism espoused by western élites has limited political discourse to moral stances that are simplistic; claimed as self-evident; and which are deemed morally-impeccable (in the eyes of this Metro-Elite).

Arguing realpolitik pros-and-cons today, is not far from being a prohibited enterprise. Indeed, shifts in the global strategic paradigm, or indeed of the wider challenges that it faces, are not addressed in any serious fashion. For, that would demand realism and a strategic grasp which mainstream western opinion-leaders reject as defeatist, if not immoral.  Hence a plan ‘B’ was never addressed — so confident were the élites that Iran must, of course, opt to re-join the western-led Order.

Raisi’s discourse is a particular challenge to the West, grounded, as it is, in the values of ethical revolution which are both alien and incomprehensible to this Metro-Elite.

The point about the lack of a plan ‘B’ (given Iran’s deterrence capabilities) however is crucial. “Israel’s” ‘shadow war’; US sanctions pressures; and its various attempts to foment ‘colour revolution’, all have failed. And ‘big war’ today is beyond either’s capacity. Probably, all that can be done – the West will conclude – is to strengthen enforcement of sanctions, and to give “Israel” the ‘green light’ to continue its attrition of Iran – despite its history of evident failure.

Here is the dilemma: Raisi’s strategic repositioning is not just about a re-balancing towards China and Russia; his message was also one of the Iranian Republic’s return to “independence” and “resistance” (against “bullying powers”).  This means that any Israeli return to its ‘shadow war’ against Iran will no longer be met with ‘strategic patience’, but rather, by calibrated reciprocal retaliation: Pain for pain.

This is the risk. An Israeli orchestrated cycle of deniable assassinations or sabotage – then reciprocated by Iran – could quickly escalate to war.

Of course, the obvious alternative would be for “Israel” to negotiate a de-escalation with Iran. But that is unlikely to happen since former Prime Minister Netanyahu has moved “Israel” so far Right – both politically and culturally – that “Israel” is painted into a corner. It can no longer solve the Palestinian issue, either in a two or a one-state format (after the 1948 Palestinians rose up in support of Hamas during the recent Gaza war), let alone find a solution to its ‘war’ with Iran.

The US has an easy remedy: pivot away from the Middle East to China.  But what can “Israel” do?

0 thoughts on “Shafts of Clarity”