HOME / WORLD / The US is misreading Iran: Raisi believes no nuclear deal is near 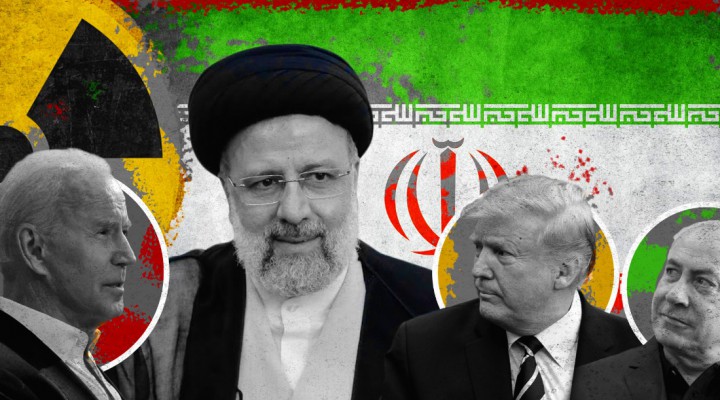 The US believes that hardening its position in negotiations with Iran is an effective show of force. It’s a provably false assumption. Forty years of sanctions and chest-thumping have failed to achieve any of Washington’s objectives or “tame” Tehran. The swap of 10 prisoners held by both the US and Iran failed, notwithstanding lengthy negotiations between Iran and the UK, with the British negotiating on behalf of the US. Today, the nuclear deal awaits the incoming Iranian administration of Ebrahim Raisi before indirect talks resume. Only this time, the nuclear deal, which appears to still be on the table, is in fact due to be taken off the table for a while.

President Ebrahim Raisi has no intention of handing over the nuclear deal decision to the Foreign Ministry. A series of procedures have been adopted to make it impossible for the agreement – as proposed by the US – to be accepted unless it meets Iran’s requirements and verification process. The Iranian negotiating team in Vienna is expected to be much more rigid than before and will strictly abide by the Iranian National Security committee’s recommendations. It will take a while for the US to realize that just because Iran may be in a hurry to lift sanctions, it is far from being flexible on its conditions. The bottom line is that the nuclear deal must be pushed “to more mature circumstances,” otherwise, no deal at all and all options are on the table.

Iran forced the negotiators of France, the UK, China, and Germany in Vienna to remove the US flag from the negotiations room and asked the US negotiating team to stay in a different hotel to avoid unpleasant encounters. Iran also stopped the negotiations in Vienna after the sixth round to allow the new President-elect Ibrahim Raisi to assume his presidency first. This should indicate to the American administration that Iran is not in a hurry and that the burden of the harsh sanctions, though painful, can be lived with for longer. These are Iran’s hidden messages to curb the illusion of US negotiators that their sanctions can be used as tools to twist Tehran’s arm during talks.

A high-ranking official, who is expected to hold a significant position in Iran’s new administration, says that “President Raisi is not very interested in the details of the Vienna negotiations, and he seeks only one thing: Will the US abide by the nuclear deal agreement as it was signed in 2015 and certainly not a re-negotiated ‘atomic deal?’ Is the US this time offering a mechanism to prevent the current or future US President from tearing it up? Is the US allowing the world’s companies to return to Iran? Will the US release its withheld frozen funds and the billions withheld by other states?”

The Iranian official goes on to say: “The President asked a committee of seven people, led by Admiral Ali Shamkhani at the National Security Council, to look at the final draft of the Vienna nuclear negotiation. The impression is that the US negotiator believes he has a position of power. Therefore, the content of the negotiations gets rejected. There is no new nuclear deal, and Iran is not ready to start all over again. There is only one deal, and it is up to the US to prove its commitment and comply with all the JCPOA (Joint Comprehensive Plan of Action) terms and lift all sanctions, including those applying to individuals.

“Iran is preparing for three or four aggressive steps, making it clear to the Americans that it is in their interest to return to the nuclear agreement without any amendments and lift all sanctions without exception. Otherwise, Tehran is heading toward raising enrichment levels, increasing the number of advanced centrifuges – blinding the International Atomic Energy Agency (IAEA) – in addition to other significant steps,” he warned.

According to the same official in Tehran, President Raisi is “prepared to announce the formation of a new negotiating team that does not believe in establishing trust between Iran and the US, but does believe in an agreement in which all sanctions are lifted without exception. They will not negotiate any other file related to Iran’s national security.”

Before the end of his term on 4 August, Iranian President Hassan Rouhani attempted to achieve a breakthrough in the nuclear file. Nevertheless, the US considered it unnecessary to comply with the JCPOA. US President Joe Biden’s administration, according to Iranian officials, wrongly believes that Tehran is negotiating from a weak position due to the harsh sanctions imposed by former President Donald Trump, which Biden has happily upheld. President Rouhani tried to obtain a concession in a separate issue related to prisoner exchanges, but failed because the Americans decided to tie it to the nuclear deal.

Rouhani’s government wished to explore several avenues unrelated to the nuclear deal, following Raisi’s decision to suspend all talks before he takes office and appoints a new negotiation team. Rouhani thought the humanitarian dossier had a higher chance of success than the nuclear deal. Therefore, throughout the sixth round of negotiations in Vienna, the Iranian negotiator agreed with the British negotiator on every single detail related to the swap of 10 prisoners between the US and Iran. Because Iran refuses any direct negotiations with the US, the British acted as an intermediary and agreed on all details relating to the deal’s announcement, the names of those to be released on both sides, and the dates.

During the last month of his term, Rouhani wanted to score a symbolic victory that Iranian pragmatists could perhaps capitalize on in the presidential elections due in four years, following their harsh defeat in the last elections. However, the US administration followed the path of all previous administrations by being careless about supporting the Iranian pragmatists. The US made a real blunder when its negotiators refused to discuss and conclude one of the many thorny issues plaguing relations between the two countries.

In this case, Iran feels betrayed by its negotiating partner – the British mediator who publicized the conclusion of the prisoner swap agreement with all its details. Indeed, the US State Department initially considered it “outrageous and a miserable attempt to deny responsibility” for the suspension of the Vienna talks, and insisted “negotiations about the prisoner exchange have taken place, but without reaching any agreement on it.”

If the US must include the prisoner exchange with the nuclear deal, no prisoners will be released any time soon. One of President Raisi’s top advisers says that “reaching a nuclear agreement is very unlikely this year,” and that America should be prepared for “an imminent Iranian escalation of the nuclear file in the coming months.”

The Iranian source adds that “the US failed to understand that the nuclear file cannot include any other file. Negotiating an exchange of prisoners is nothing but a side issue put forward for a humanitarian purpose. President Raisi will not allow incorporating any other issue in the nuclear talks. This does not exclude the possibility of discussing other issues separately.”

“The US refusal to give any achievement to Rouhani, even though the prisoner exchange, serves both sides. Biden’s administration offers an important lesson to the Iranian pragmatists that they have no recognition within the US administration, which sees only its own interests and ignores the effect of supporting one political current over another in Iran,” says the source.

The official continues: “The message the US is giving President Raisi is that the British negotiator has no credibility (unlike any other European or Western state) in any talks or negotiations. This is not surprising because credibility was seriously damaged in 2018 by former US President Trump, who tore up the nuclear deal while Europe idly watched on.”

Biden had said during his election campaign that he wanted to return to the nuclear agreement, but he did not promise to return to the 2015 deal without amendments. Therefore, his position is not different from the one attempted by Trump, who failed to achieve a deal with Iran and left the White House still waiting for a phone call from Iran. It looks like Biden is on this same path. Iran has already decided to adopt a “resistance economy,” confront the US, and achieve the completion of its nuclear cycle.

0 thoughts on “The US is misreading Iran: Raisi believes no nuclear deal is near”