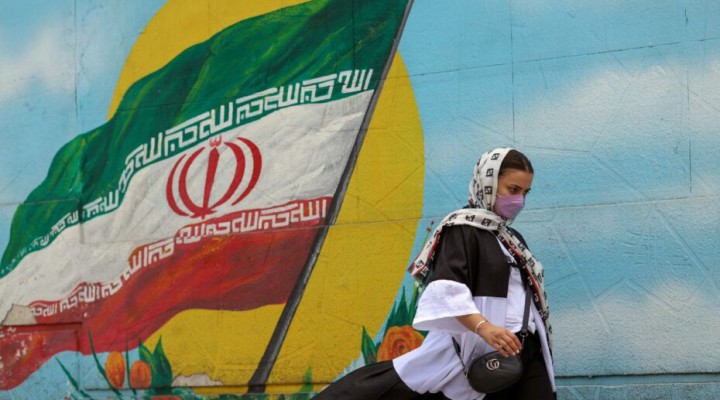 Perhaps Iran will take a sojourn in the East, for a while, until America takes leave of the Middle East

Six rounds of negotiations in Vienna over reviving the 2015 JCPOA have yielded no agreement. The Implementation Committee of Iran’s Supreme National Security Council (SNSC) therefore has concluded that these rounds of indirect talks have been unsuccessful, as Washington has not been persuaded to lift all sanctions, nor provide a guarantee not to withdraw from the accord once again.

Yet many policymakers and observers in the West believe that, at the end of the day, the Iranian leadership remains interested in securing a deal. This has led to an almost universally-held narrative of optimism, that ultimately, the deal will be revived; that Iran wants it; demonstrably has been engaging the U.S. indirectly in Vienna; and equally demonstrably showed pragmatism in 2015. And that it would benefit from a deal, both economically and through the ability to develop its nuclear program over the long term.

The new Administration in Iran will begin its term on 5 August. It seems that a new round of talks therefore, is improbable before September. That earlier mood of optimism in Washington, however, is souring fast. “Our message is: more time is not Iran’s friend, even if they think it is”, a senior U.S. official told Laura Rosen in an interview this week. “[Blinken] has been pretty clear that our enthusiasm for the JCPOA wanes every passing day … now, we are putting our backs into what it looks like – if there is no return. Ultimately, it is going to look a lot like the past – sanctions pressure, other forms of pressure, and a persistent offer of negotiations. It will be a question of how long it takes the Iranians to come to the idea that they will not wait us out”.

The U.S. official said the team around Raisi may be miscalculating the pressures Iran could face: “Some of the people who are coming in with Raisi … believe they have taken the best punch the Americans can give – and that now it will be ok”, he said. “Their critical analytical error, is maximum pressure under the previous administration will not look like it, under this one. If we are back in the situation [where there is an international consensus] that there is no deal because of Iran – they will face the situation of 2012, and not 2019: That is not good for them. They are fundamentally misreading”.

Raisi and his foreign policy team, clearly face very serious obstacles in the way of achieving the ‘proper implementation’ of the JCPOA, which Raisi has repeatedly stated is something that has been lacking from the outset. According to him, only a powerful government in Iran can achieve this. Raisi’s team will adopt a tough stance in any further talks, with a policy of insisting on Iran’s demands; offering few concessions; and continuing with the evolution of the nuclear program. Implicit in this approach is that any agreement would require futher concessions from the U.S..

The point here, is that we seem fast approaching a point whereby the restoration of the JCPOA is no longer on anyone’s agenda. Such a scenario clearly would increase the risk of war and tension. Iranians are strategic thinkers and will have taken this prospect fully into consideration. So, just as Israel is developing its “Raisi file” and looking at deniable action to derail the nuclear programme, so Iran and its allies will be planning their deterrent riposte.

The recent accounting of obstacles on the negotiation track listed by Iran’s envoy to the IAEA indeed seems a daunting catalogue of moveable U.S. and EU goalpost: From the original ‘no uranium enrichment’ doctrine; then to a ‘breakout’ horizon of less than one year; and now to that same threshold demand, plus the instance on assurances that Iran will immediately enter into regional and missile talks with the U.S., with any return to JCPOA.

A full post-mortem of the errors leading to this point must await the future. But, for now, U.S. officials insist that it is Iran that misreads its situation; but equally, it may be argued that the U.S. has misread how much the strategic situation in the region – and indeed the world – has changed; and the extent to which the mood of the Iranian people has shifted towards the Principal-ists’ viewpoint, over the period of the last four years.

The premises on which the ‘narrative of optimism’ that a deal was a foregone outcome rested were never critically addressed in the West. Indeed, they were not addressed at all. Why should it be assumed that Iran simply would walk back its negotiating demands (when that earlier instance pertained to a very different Iranian era?); that an incoming Iranian President of a different hue, would not affect the negotiation calculus – when the domestic political pendulum in Iran has changed so decisively?; and that the economic situation could only be ameliorated through a return to JCPOA (when we have such a tiny window of vision into Iran’s economic exchanges and plans with China and Russia)? No, the West has been locked into simplistic narratives that have showed themselves unfit for present purposes.

One senior Iranian commentator however, perhaps encapsulated well why the six rounds failed: The U.S. side, he says, looks to an updated version of the nuclear deal. And it expects Iran to accept even more restrictions than it agreed in 2015, yet the U.S. does not want to make concessions, even as much as it did in 2015.

Additionally, since its 2018 withdrawal from the deal, the U.S. has fortified its sanctions wall by adding multiple layers to the secondary nuclear sanctions in violation of the JCPOA paragraph 25: “which means that even if the [specifically nuclear] sanctions are lifted [and not just suspended by Executive Order], it will not affect our economy, but rather makes our economy hostage to the U.S. formula”.

The prevailing sentiment within the Team Raisi camp can be summarized, one commentator on the ground suggests, with a remark by Raisi’s liaison to the foreign ministry, Ali Baqeri-Kani: that “only a subjugated government would have agreed to the restrictions that Iran accepted in the JCPOA”.

So, what does it mean if the Vienna negotiation window, now barely a finger’s-width open, soon slams fully shut? Well, the unnamed U.S. official quoted by Laura Rosen, touted renewed pressures being imposed on Iran (even before the talks end): “There is not much left to sanction in Iran’s economy”, one U.S. official said last week: “Iran’s oil sales to China is the prize: One plan would choke off Iran’s crude-oil sales to China. And should the talks fail, the next steps would include the aggressive enforcement of current sanctions already banning dealings with Iran’s oil and shipping industry – through new designations or legal actions”, the officials said.

But what was not said by the official is the option for the U.S. to put military action on the table. Implicitly, it was there all along.

The Israelis have freedom of the skies over Gaza, but elsewhere, that ‘freedom’ is circumscribed by air defence systems. More fundamentally, Israeli military power is hugely deterred by the tens of thousands of smart, ground-hugging cruise missiles, and AI-coordinating swarm drones – both of which can evade radar and air defences – surrounding Israel and U.S. Middle East bases. Israeli security officials already acknowledge that an attack on Iran’s nuclear facilities would be ‘problematic’.

It would. That is because Iran’s missiles are concealed; dispersed across complicated terrain, and deeply buried. And because conflict with Iran likely would trigger a long, multi-front war in the Middle East. Would Israel be able to sustain such a ‘rain’ of missiles onto its homeland population?

Is then, the U.S. threat of an international consensus against Iran – similar to that of 2012 – more plausible? Consensus …? In a recent article in Asia Times authored by ‘Spengler’ – Wake up, America: The world just isn’t that into you – Goldman, who served on Ted Cruz’s foreign policy team during the 2016 campaign, writes” “it’s pointless to complain when America’s allies ask, in so many words, “What have you [the U.S.] done for us lately? To much of the world America looks like a declining power – precisely because it is a declining power”.

What then of international consensus 2012-style? Hasn’t Washington noticed that there isn’t one: not even for Washington’s aspiration to stop Russia from bringing its gas to Europe, via Nordstream 2? Haven’t they noticed the fracture in global politics? Yes, Europe is spineless, and will go with U.S., come what may, but that does not amount to a global consensus.

In the Middle East, people read news. They know that the U.S. Establishment wants to brush-off the sand from the sandals of its ‘Old War’: the ‘great war on terrorism’ (centred around the Islamic Middle East), and to pivot to something quite different (and more comfortable) – to the shiny new/old project of ‘Big Power Competition’ (i.e. confronting China).

Iran will not ‘wait us out’, the U.S. official thunders. Really? Perhaps Iran will take a sojourn in the East, for a while, until America takes leave of the Middle East. The U.S. eventually will go ‘yes’, but Israel can’t. What happens there? Now that is a question …

0 thoughts on “JCPOA: A Catalogue of Moving Goalposts”