HOME / WORLD / Raisi, the “Guardian of the Values of the Revolution”, Revealing His Road-map. 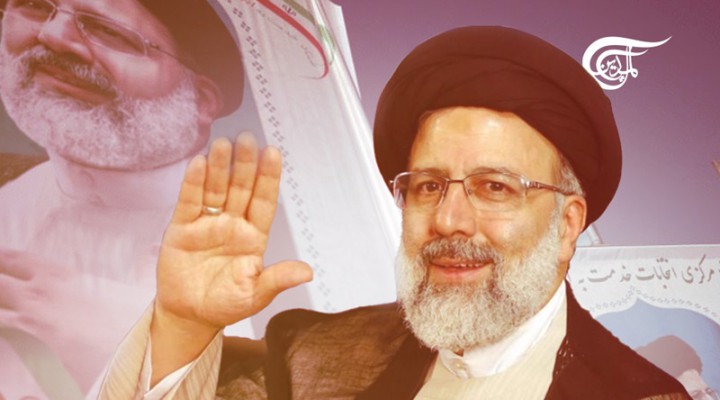 The USA is discovering the limits of its power: it is faced with a determined Iran and its allies who are unifying their forces on all fronts, challenging and rejecting the US hegemony.

The inaugural speech of Sayyed Ibrahim Raisi, who was sworn in as the eighth Iranian President in the presence of 115 diplomats, officials and Presidents representing 73 western and Arab countries, including North Korea and Venezuela, draws a road map of his domestic and foreign policy. The presence, on the VIP platform of the Al-Shura Council (Parliament) during the inauguration, of the IRGC (Iranian Revolutionary Guard Corps)- Quds unit General Ismail Qaani- and leaders from Yemen (Ansar Allah), the Lebanese Hezbollah, the Palestinian Islamic Jihad, and Hamas (along with the representative of the European Community and other world leaders) is significant and telling.

The domestic crisis and reforms are a priority for President Raisi but the value of the Revolution- that, in its constitution Article 3, is committed towards all the oppressed throughout the world- is paramount. And most significantly, as an indication of his priorities, the Iranian President chose to refer only in the final part of his speech to the nuclear deal that is in stalemate in Vienna- and where the representatives of Russia, China, the UK, France and Germany are waiting for the new Iranian President to decide when to re-join the negotiations.

The Mashhad-born 60-year-old Sayyed Raisi, with his black turban – indicating he is a descendent of the Prophet Mohammad – delivered his first message to Iran and the world when he arrived at Parliament in his old middle-class Peugeot Pars Iranian-made car. The Iranian President thereby encouraged local production and manifested humbleness in the first steps before entering Parliament.

Sayyed Raisi then spoke his first sentence, delivering the second direct message to the US and Iraq by lauding Brigadier General Qassem Soleimani with a portrait of Soleimani and his companion, the Iraqi commander Abu Mahdi al-Muhandis. Both military leaders were assassinated at Baghdad airport by US President Donald Trump in January 2020. Iran will certainly not forget its famous commander and reminds Iraq (which lost its military commander too) that a guest was killed on Iraqi soil. The importance of the security of a guest must always be respected and honoured.

Sayyed Raisi delivered another unmistakable message to the Iranian politicians, the US, “Israel”, Europe and Saudi Arabia: “Wherever there is oppression and crime in the world, in the heart of Europe, in the US, Africa, Yemen, Syria, Palestine, the message of the election is “resistance against arrogant powers”. By referring to the constitution, the Iranian President announced to his domestic and international audience that his era will follow the values of the Revolution and that oppressed nations and people are at the top of his agenda, an agenda based otherwise on domestic economic reform.

The US and the European states have imposed sanctions on Syria and delivered billions of dollars’ worth of weapons and intelligence information to Saudi Arabia in the last six years of the bloody war on Yemen. In addition, “Israel” is continuously at war with the Palestinians. Therefore, in the VIP row, the presence of both Leaders of Hamas, Ismail Haniya and the “Islamic Jihad” Ziyad al-Nakhala, represents a clear message, which Iran regularly adopts when hosting guests considered privileged to Iran. The mere fact that General Ismail Qaani was present at the Parliament demonstrates the importance Raisi allocates to the IRGC body with all its various branches; and by the presence of representatives of North Korea and Venezuela, he shows his resistance to the US’s hegemony.

Washington, London and the Israelis are busy putting on the pressure to welcome President Raisi’s new government next week with various threats, apparently related to the attack on the Mercer Street Israeli-owned oil tanker. However, the real reason is not the tanker’s drone attack, nor the deaths of the Romanian Captain and the British security officer. “Israel” has said it attacked “dozens” of Iranian objectives in international waters since mid-2018 and claimed to have bombarded hundreds of Iranian goals in Syria. Therefore, to the Iranians, their retaliation was the drop that spilled the glass. The natural and most important objective is to get Raisi back to the nuclear negotiation table as soon as possible. Significantly, as we have said, Sayyed Raisi left the nuclear issue to the last part of his speech, apparently to give this issue the lowest priority on his list.

Sayyed Raisi condemned the US’s intervention in the Middle East (without naming it specifically), saying, “Foreign interference doesn’t solve any conflict and is a source of trouble”. It could not be more apparent that the new Iranian President is defining his anti-US foreign policy in West Asia, a region from which Iran vowed to expel the US forces, following the assassination of Soleimani.  Raisi said he is “extending his hands to all neighbouring countries”. However, he was determined when he said that “Iran’s capability in the region will be invested to secure stability”. That means Iran will certainly not relinquish its defensive behaviour. Not only does it intend to stand against those who disturb the regional stability (“Israel”, the US and their allies), but it will take the initiative and will, if necessary, impose security, as Raisi clearly stated.

The discourse pronounced by President Raisi is not what the US expected, nor wanted. Raisi said, “Iran’s nuclear programme is peaceful” and called upon Wali al-Faqih’s fatwa that forbids the possession of nuclear weapons. However, the lack of trust between Iran and the US is pervasive. Therefore, nothing can be taken at face value. The 2015 nuclear deal was submitted to Congress and was not disapproved of. However, President Trump revoked the agreement in 2018, and Biden is not in a position (or is simply unwilling) to guarantee that his administration or any future administration won’t follow Trump’s steps. One certainty is obvious: Trump’s action and the “maximum pressure” campaign were responsible for pushing Iran to an advanced level of nuclear capability that it had never reached before.

Regarding Iran’s decision-making processes, the West imagines that Sayyed Ali Khamenei is the sole authoritative decision-maker: this is a wrong interpretation. The National Security Council, the Assembly of Experts, the Guardian Council, a representative of the President, the Parliament and Wali al-Faqih all gather to offer a final recommendation to Sayyed Khamenei in matters of National Security that respect the values of the Revolution. Therefore, although Biden believed he was negotiating under protective fire (maintaining maximum sanctions), he will soon realise his mistake. President Raisi has no intention of sitting with the nuclear negotiating team in Vienna for very long. Also, the Al-Shura Council will have the final decision to approve or reject the content of the Vienna negotiations. It will be a nationwide decision to stand against the US’s (own) lack of compliance and honesty”, said a decision-maker in Raisi’s inner circle in Tehran.

Iran established an “Application Committee” (Lajnat al-Tatbeek) at the National Security Council with the power to decide what to do with the nuclear deal. It could agree or disagree on all Vienna meetings based on a unified position. President Raisi has already prepared 38 new “resistance plans” excluding the oil revenue dependency and omitting any relationships involving western countries. Sayyed Raisi said he “will not tie the economy to the will of foreigners”.

Sayyed Raisi is sending another message to the West by appointing the US-sanctioned Mohammad Mokhber as his vice-President. Mokhber headed the foundation SETAD, the Executive of Imam Khomeini’s financially rich multi-billion dollar organisation. The appointment of Mokhber is a clear indication of Raisi’s policy, carefree about what the west thinks or the quality of consideration it bears towards the Iranian officials who are expected to lead Iran for at least the next four years.

Moreover, the Iranian President’s roadmap is designed to avoid wasting time on Vienna’s negotiations, with the suspicion that the US intends purposely to drag it on for long. The domestic challenges are the priority, with the protection of Iran, to consolidate its internal and external fronts. These are at the top of Raisi’s agenda. That can only be completed with the full support to and from the “Axis of the Resistance” publicly present at the inauguration.

The US has no conception of itself as the aggressor and of the moral obligation to make concessions. It has unilaterally broken an international agreement (the nuclear deal or Joint Comprehensive Plan of Action – JCPOA). That previous US administration destroyed a legitimately negotiated agreement. The current administration is acting as if Iran was somehow responsible for pulling out and was refusing to negotiate with the US.

There is no justification for the US and its allies possessing nuclear weapons and at the same time forbidding Iran to have nuclear capability, especially when the “Islamic Republic” accepts the international monitoring to ensure the absence of any military nuclear program. The USA is discovering the limits of its power: it is faced with a determined Iran and its allies who are unifying their forces on all fronts, challenging and rejecting the US hegemony.

President Raisi rejects useless and indirect negotiations with the US in Vienna on unlimited subjects, and his objective was clearly stated: the interests of Iran are above all other interests. This goal rules out meeting the US objectives, which seek to impose unacceptable conditions on Iran.

The US is expected to realise sooner or later that the “Axis of the Resistance” has become a united front and that Iran can’t be isolated or attacked without engaging in an all-out war in the Middle East. Sayyed Raisi has presented his plans, and these certainly clash with the US-Israeli plans. That means the cold winter is expected to be much warmer than usual.

0 thoughts on “Raisi, the “Guardian of the Values of the Revolution”, Revealing His Road-map.”