HOME / WORLD / ‘A political horizon’ where there is none in sight 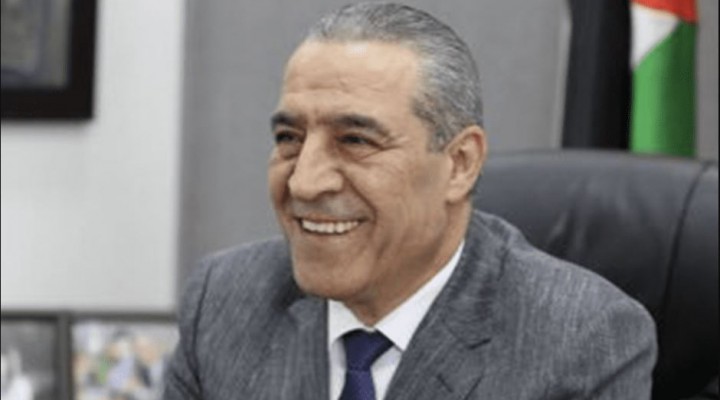 When the Palestinian Authority announces that talks have been held with US officials, it does so with the intent of portraying itself worthy of diplomatic acknowledgement. Within a few sentences into the updates, however, the PA confirms that the Palestinian people are right to be disillusioned with the leadership and its collaboration with Israel and the US.

“We discussed the latest developments and the need to protect and preserve the two-state solution. Launching a political horizon and stopping all unilateral measures that destroy this solution,” the PA’s Secretary General of the PLO Executive Committee Hussein Al-Sheikh tweeted after meeting with several US officials at the White House, including the Assistant to the President for National Security Affairs, Jake Sullivan.

The White House press statement expounded further to shift responsibility on the PA for de-escalating “tensions in the West Bank by countering terrorism and incitement.” According to Sullivan, “all parties” should prevent unilateral actions while PA institutions need to be strengthened, “including reinforcing commitment to non-violence.”

According to the simplistic and vague proposals put forward by the US, the PA – the most ardent supporter of two-state diplomacy – is sabotaging prospects for its implementation, even when the authority has, to the detriment of the Palestinian people, been urging the international community to preserve the defunct paradigm. The US rhetoric is unsurprising though; the PA exists as a buffer zone for Israel, particularly at a time when the Palestinian people are not waiting for political factions to take responsibility and lead their legitimate anti-colonial struggle. In this case, the US will not call for the PA to prevent violence; the CIA-trained security services in Ramallah will be exempt from any criticism and Palestinians beaten — or worse — in the streets will not be regarded as victims. They will be seen just as the Palestinians killed by Israeli soldiers in the occupied West Bank are: nothing more than normalised casualty statistics.

Taking into account official statements referencing the PA, its absence of autonomy is clear. The PA is described and defined as befits the diplomatic engagement of US officials and Israelis, hence it is portrayed as a legitimate leadership that is facing a temporary crisis. However, the PA holds no political legitimacy, is kept afloat solely through donor funding and is serving a limited purpose which is tied directly to Israel’s colonial expansion.

Al-Sheikh’s statement, therefore, only reflects the murky parameters of Israeli colonialism and its collaborators. If the PA’s existence allows Israel to expand its settlements on what remains of Palestinian territory because the PA will not declare itself to be against the two-state paradigm, what political horizon is Al-Sheikh talking about? What is the point of these meetings with US officials, if the PA and the US fail to discuss the entity and collaboration behind the demise of the two-state “solution”? Going even further, why would the PA not discuss the 1947 Partition Plan as setting the dynamics in motion for the utter annihilation of Palestinian land?

Instead, Al-Sheikh churns out paraphrased alternatives in a bid to portray effectiveness, but not even in its rhetoric can the PA claim to be innovative, let alone in negotiating an end to Israel’s military occupation and colonisation. He speaks of “a political horizon” where there is none in sight.

'A political horizon' where there is none in sight