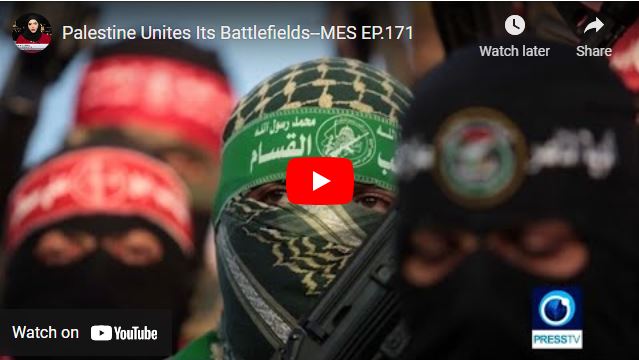 The Israeli aggression on the Gaza Strip ended after “Israel” assassinated prominent leaders of the “Al-Quds Brigades” in a round of confrontation that lasted for more than 50 continuous hours, in which the Islamic Jihad movement responded to the crimes committed by “Israel”, and announced the fight for the “unity of squares” battle.

It had the upper hand in striking the occupied Palestinian territories, starting from the settlements of the Gaza envelope to the Israeli depth in “Tel Aviv”, with more than 1,000 missiles and shells, paralyzing the pillars of the occupation. The outcome of this battle, as well as its main goal, was to unify the battlefields, as established by the “Sword of Al Quds” war, and to confirm that the resistance was and still is united, despite the multiplicity of positions within it, but in one direction is the great battle against the Zionist enemy.

To discuss this issue with us from the occupied west bank is Dr. Amal Wahdan, human rights advocate.

While the official position Lebanon is still waiting for the Israeli answer that will be carried to Beirut by the American envoy for indirect negotiations, Amos Hochstein, the Secretary-General of “Hezbollah” Sayyed Hassan Nasrallah, during the Ashura commemorations, upped the ante of his warning speeches against the enemy, sending messages internally and externally, that the resistance is ready for war if the Israeli side decides to start drilling for gas in the Karish field on September 1, especially if an agreement is not mediated between Lebanon and the occupation in the remaining few weeks.

Observers say that Hezbollah’s position has become stronger, especially after the recent Gaza war, in which the Palestinian resistance factions were able to bombard the settlements in the Gaza enclave, and even Tel Aviv, with more than a thousand missiles, in just three days.

To discuss this issue with us from Beirut is Ali Mourad, journalist and political researcher and commentator.