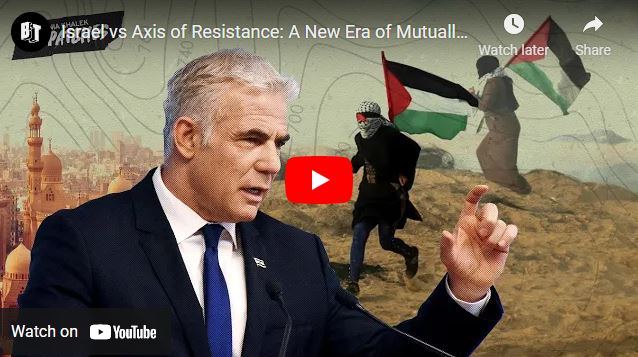 The occupation of Palestine continues with no end in sight, and this remains the primary political struggle in the region as America’s client states normalize with Israel. But now there’s a new backdrop: the war in Ukraine exposing Western double standards alongside the US-China New Cold War.

Fundamental to US geostrategic aims in the region is taming the “axis of resistance” stretching from Iraq to Iran to Syria to Lebanon and Palestine. This played out in yet another Israeli bombing campaign against the besieged Gaza Strip.

Here to help us understand the state of the resistance in Palestine and beyond, and the shifting regional alliances in the Middle East is Ali Abunimah, executive director of the Electronic Intifada and author of “The Battle for Justice in Palestine.”

0 thoughts on “Israel vs Axis of Resistance: A New Era of Mutually-Assured Destruction, w/ Ali Abunimah”