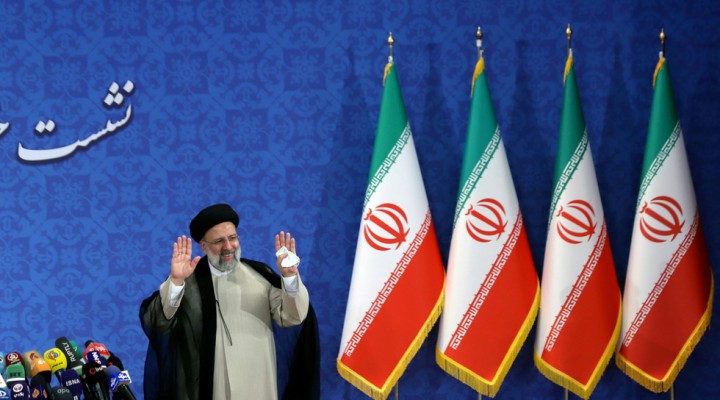 By insisting on an approach to negotiations that ignored domestic Iranian reality, the Biden administration missed an opportunity to restart the nuclear deal. Now Iran, and its new incoming president, will be calling the shots.

Rejoining the Joint Comprehensive Plan of Action, the landmark 2015 agreement limiting Iran’s nuclear program in exchange for a lifting of economic sanctions, was one of the top foreign policy goals of Joe Biden. Better known by its acronym, JCPOA, and often referred to as the Iran nuclear deal, this agreement was seen as the foundation of regional stability in the Persian Gulf, a chance to both rein in Iranian ambitions and build a foundation for the possibility of improved US-Iranian relations going forward.

The failure of the Obama administration, which negotiated the JCPOA, to formalize the agreement as a binding treaty (an almost impossible task, given the level of opposition to the deal in the US Senate) paved the way for Obama’s successor, Donald Trump, to unilaterally withdraw from the deal. Trump began reinstating economic sanctions as part of a so-called “maximum pressure” campaign intended to compel Iran to come back to the negotiation table and agree to a heavily modified JCPOA which diluted Iran’s nuclear program by eliminating all uranium enrichment capabilities, while tying in non-nuclear issues such as Iran’s ballistic missile programs and so-called “regional malign activities” (i.e., Iran’s ongoing support for Hezbollah in Lebanon, the Houthi in Yemen, President Bashar Assad in Syria, and pro-Iranian militias in Iraq.)

Since taking office, the Biden administration has been trying to put the toothpaste back in the tube. An almost impossible task under normal conditions, but one made even more difficult by their insistence on maintaining a system of economic sanctions outside the framework of the JCPOA which, from a practical standpoint, defeats both the letter and intent of the agreement. Moreover, the Biden administration has viewed the renewal of US membership in the JCPOA as the means to an end – a starting point for follow-on negotiations for a “new and improved JCPOA,” rather than an end in itself, which is Iran’s position.

It is for this reason talks were always doomed to fail.

On June 18 of this year Iran elected a new president, the current head of the Iranian Judiciary, Ebrahim Raisi , known for his conservative politics. Raisi  won the election, securing more than 62% of the vote. He will be sworn in on August 3, 2021, replacing the incumbent, Hassan Rouhani, who has led Iran for the past eight years. According to Ali Nikzad, the vice speaker of the Iranian Parliament, Iran will not negotiate to restore a 2015 nuclear deal before Raisi’s swearing in ceremony next month.

Such a delay is normal in any country transitioning between presidents and should not be seen as a sign that Iran has given up on the JCPOA, Deputy Foreign Minister Seyed Abbas Araghchi noted in a recent tweet.

But Iran’s outgoing president, Hassan Rouhani, cast a more somber pall on the fate of the JCPOA, noting that his administration could have achieved a completed deal which would have seen crippling sanctions lifted if it had been supported by conservatives in and out of government – including the wider theocracy. Rouhani said he hoped Raisi’s administration “will be able to finish the job,” but added a stark warning to those in the West who continued to drag their feet on closing the deal.

“Even if one day there is a need for 90% enrichment for a reactor, we do not have any problem and we are able,” Rouhani said. “We can do anything in the peaceful path.” The specter of Iran pursuing weapons-grade levels of enrichment, even if for peaceful purposes, should be enough to send a shiver down the spine of any non-proliferation specialist. The JCPOA limited Iran’s nuclear program to enriching only up to 3.67% – enough to power a civilian nuclear reactor. Iran is currently enriching small amounts of uranium up to 60%, a step it maintains can be reversed should the US rejoin the JCPOA.

The domestic opposition Rouhani referred to is linked to a December 2020 bill passed by Parliament, and subsequently approved by the Guardian Council, a constitutional body which verifies the constitutionality of legislation, entitled the “Strategic Action Plan to Lift Sanctions and Protect Iranian Nation’s Interests.” This legislation compels the Iranian government to undertake certain nuclear activities outside the limitations imposed by the JCPOA if the other members of the JCPOA “fail to fully deliver on their commitments toward Iran and banking relations are not normalized and obstacles to exports and Iran’s sale of oil products are not fully removed and forex proceeds from sales are not immediately and fully returned to the country.”

The legislation also requires the Iranian presidency to provide Parliament with regular assessments of the status of the JCPOA negotiations and, if an agreement has been reached, its implementation. It was compliance with this requirement which compelled the Iranian Foreign Ministry to release a report on the JCPOA and the status of the ongoing Vienna negotiations earlier this month. According to outgoing Foreign Minister Mohammad Javad Zarif, his negotiators had reached what he termed a “framework agreement” which he hoped could be finalized by President-elect Raisi  at the beginning of his term.

According to Zarif, the “framework agreement” involves the lifting of sanctions imposed during the Trump administration on the office of Iran’s Supreme Leader Ayatollah Ali Khamenei, and the “annulling” of the US designation of the Islamic Revolutionary Guard Corps as a foreign terrorist organization. Additional US sanctions against over 1,000 Iranian entities, institutions, ships, boats, and individuals would also be lifted, along with the totality of the sanctions originally done away with as part of the original JCPOA.

Zarif characterized the “framework agreement” as a “good deal” and warned conservatives in the Iranian Parliament against taking a “maximalist approach” to the Vienna negotiations. Such an approach, Zarif noted, “will only lead to endless negotiations which is essentially a detriment in all cases or at least the non-benefits for the country [of this approach] is no more than the benefit of reaching a hypothetical – but untenable – ideal deal.”

The Supreme National Security Council delegated the continuation of the JCPOA negotiations to the incoming administration of President-elect Raisi , meaning that there will be no movement until after he is sworn in on August 3. Even then, while his administration may adopt the existing “framework agreement” as a starting point for a new round of negotiations, it is clear that a Raisi  negotiating team will be more tightly bound by the limitations imposed by the Iranian parliament than the one that operated under the instructions of Rouhani.

The Biden administration was warned to try and close a JCPOA deal prior to the Iranian elections, and now it will pay the price for failing to do so. There’s a new sheriff in town, and it is clear that it will be Iran who is calling the shots at any future JCPOA negotiation.