HOME / WORLD / 20 years after the unconditional Israeli withdrawal from Lebanon, what has been achieved? (3/3) 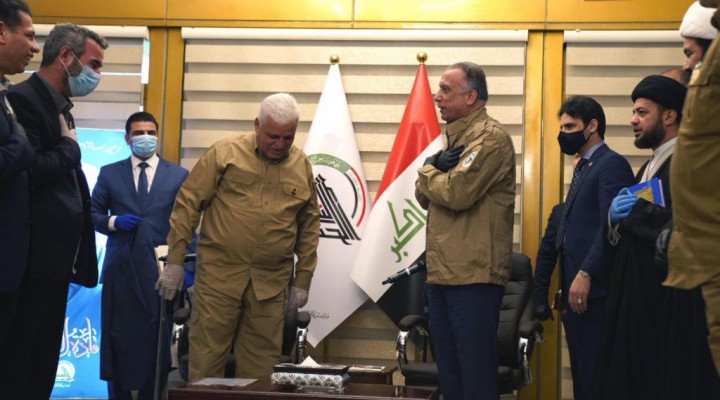 Every major Middle Eastern aggressive event has triggered the creation of a counterpower to stand against the aggressor. It comes, therefore, as no surprise that after the 1982 Israeli invasion of Lebanon, Hezbollah announced its birth and became a deterrent force stronger than many armies in the Middle East. When Israel and the US decided to deflate Hezbollah’s lungs and break the “Axis of the Resistance”, war was declared on Syria, with al-Qaeda and Takfiri foreign fighters as the sectarian tool to achieve the US’s objective. A new Syrian resistance was born, and Iran and Hezbollah established one of their strongest bases in the Levant. After 2003, when the US decided to surround Iran by invading Iraq and threatened Syria as next in the line of countries to be invaded, a new force emerged to join the “Axis of the Resistance”, feared by both the US and Israel: Hashd al-Shaabi, the “Popular Mobilisation Force”. Twenty years after the Israeli unconditional withdrawal from Lebanon, Hezbollah extended its activity to Iraq and became a game-changer. Israel and the US are the sources which created the “Axis of the Resistance”.

Iran has vowed, in its constitution (articles 2 and 3), to support all oppressed peoples. It started with Palestine whose leaders were informed by Iran that “no sanctions would be allowed to reduce Iran’s financial and training support for the Palestinians to recover their stolen territory.” Iran supported the Lebanese when Israel invaded their country. It supported Syria when Saudi Arabia, Qatar, Turkey and combined western nations allowed Jihadists to create their Islamic Emirates in the Levant, creating a potentially failed state situation. And it supported the Iraqis when the US occupied Iraq and allowed ISIS to overrun a third of the country.

Iraqi Shia politicians – promised “democracy and stability” – supported the US to remove Saddam Hussein. Iraqi Sunni resistance complained to Hezbollah about the lack of Iraqi national unity against the US forces, in particular the Shia stand in favour of the occupier. Hezbollah’s position was clearly announced by its secretary general Sayyed Hassan Nasrallah before the US invasion. Notwithstanding the atrocities of Saddam Hussein against Iraqis in general and the Shia in particular, for Hezbollah, standing against the US was a top priority over removing Saddam Hussein. Saddam’s rule was coming to an end before the 2003 US invasion. A decade of sanctions against Saddam Hussein had crippled his power and the Shia resistance – supported by Iran – was already gaining momentum when the US decided to move in on that false pretext: removing non-existent “Weapons of Mass Destruction”.

Notwithstanding the Iraqi Shia support to the Americans, the US did not hide its aggressive intentions against the “Axis of the Resistance” nor its aim to totally deprive Iran of any allies. Iran moved into Iraq to support the Sunni resistance first and trained those few Shia willing to fight against the US occupation forces. Hezbollah became attractive to both Sunni and Shia.

Many Iraqi Shia politicians complained to Hezbollah about the training it provided to Sayyed Moqtada al-Sadr’s Jaish al-Mahdi in the first years of the US occupation. Hezbollah maintained close relationships with Iraqi politicians who requested mediation to form their government and to reduce the gaps among them. Endless meetings were held in Beirut between Hezbollah officials and Sunni and Shia politicians before the formation of every government.

When ISIS occupied a third of the country, Iraq found in Hezbollah – who forced Israel to withdraw and defeated it in 2006 – a reliable and adequate ally to return to during the US invasion of the country. Prime Minister Nuri al-Maliki contacted Sayyed Hassan Nasrallah asking for advisors and trainers to stop ISIS’s advance. Twenty-four hours later, Hezbollah sent in dozens of officers who began training those Iraqis willing to bear arms, stop ISIS and defend their country.

The US refused to help and ignored over 6 verbal and written requests by the Prime Minister of Iraq asking Washington to deliver all weapons Iraq had paid for; they had been due to be delivered long before the ISIS attack. Following the testimony of US General Michael Flynn, the US saw ISIS growing and crossing from Iraq to Syria to establish a Caliphate in both countries. Iraq forced a US withdrawal in 2011 and Syria refused to submit to Colin Powell’s threatening demand to stop support for Hezbollah and the Palestinian resistance groups. The US wanted to reach its objectives by any means and the jihadists offered the best and cheapest solution to divide the Middle East and relieve the danger to Israel. The 2006 second war on Lebanon significantly showed Israel powerless when confronted with Hezbollah.

By stepping back, the US gave Hezbollah a chance to move into Iraq, in 2014 and led the Marjaiya to call for the formation of Hashd al-Shaabi, a popular force ready to take up arms to defend their country. Iran was the only country helping both Baghdad and Erbil: Sunni, Shia, Christians and Kurds were armed by Iran against ISIS, under watching US eyes. The US allowed the creation of Hashd al-Shaabi and allowed Iran and Hezbollah to plant strong roots in Iraq. The US training of the Iraqi army proved ineffective. The Iraqi army lacked patriotic convictions and fighting spirit. Hezbollah had both, but also used the experience to enhance its warfare capability, fighting on open space in the desert, an experience different from the one in Lebanon and Syria.

In 2020, the “Axis of the Resistance” won all the wars it fought in Palestine, Lebanon, Syria, Iraq and Yemen; Hezbollah was present in all theatres. The US assassination of Qassem Soleimani, leader of this “Axis of the Resistance”, was morally painful but did not downgrade Iran’s commitment or financial obligations to its allies. In Yemen, Sayyed Abdel Malek Badreddin al-Houthi asked Saudi Arabia to exchange a Saudi pilot and 9 Saudi officers he captured during their bombing of Yemen with Mohammad al-Khodary, former Hamas representative and another 60 Palestinians and Jordanians arrested in Riyadh, indicating how the “Axis of the Resistance” bond is unified across the borders.

“Negotiating hostages exchange with the Israelis or the Americans is much smoother than negotiating with Saudis whose responsible have no consideration to the life of their own captured officers,” said a leader of the “Axis of the Resistance”.

The Hamas stand has changed: from fighting against President Assad to fully believing that the only way to recover the Palestinian usurped territories is through a robust unity with the “Axis of the Resistance”. The call for the “Jerusalem Day” – celebrated on the last Friday of the month of Ramadan called by Imam Khomeini – is unifying all members of the “Axis of the Resistance” more than ever. Tehran informed the Palestinians that the “US maximum pressure” is irrelevant to the Iranian commitment to Palestine, and that the cause will be supported as long as the Palestinians are ready to fight for their territory.

Israel and the US will not give up, and they are wary of Hezbollah’s growth and influence. They are trying to counter its supporters abroad, putting Hezbollah on the US State Department terrorism list – a totally ineffective move. The US believes the current global financial crisis presents an opportunity to gain what was impossible by war. They can be expected to return fire, but meanwhile the “Axis of the Resistance” will continue to resist and find more ways to reduce US influence in the Middle East.

This comes at a time when China and Russia are ready to show a more friendly and economically aggressive approach in favour of Middle Eastern countries. Hezbollah’s regional successes foreshadow global challenges to US power. Many leaders of the “Axis of the Resistance” may be killed without irreversible impact on the objectives and strategies of the camp resisting Israel and US hegemony. The objective and achievements of the “Axis of the Resistance” have become irreversible.

0 thoughts on “20 years after the unconditional Israeli withdrawal from Lebanon, what has been achieved? (3/3)”