HOME / WORLD / 20 years after the unconditional Israeli withdrawal from Lebanon: what has been achieved? (1) 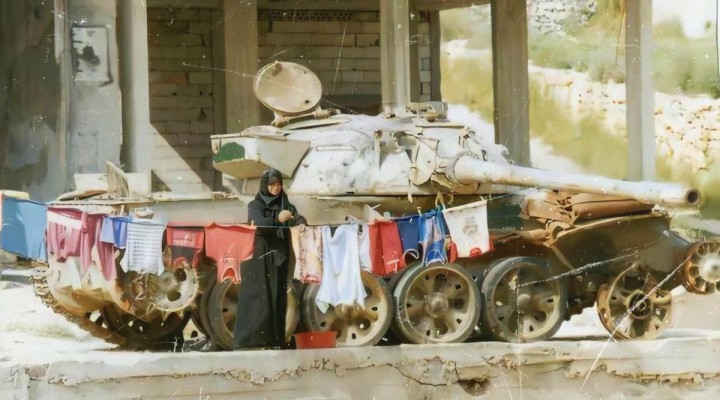 “We were Hezbollah trainers. It is an organisation that learns quickly. The Hezbollah we met at the beginning (1982) is different from the one we left behind in 2000”. This is what the former Chief of Staff and former Minister of Foreign Affairs, Gabi Ashkenazi, said twenty years after the Israeli unconditional withdrawal from Lebanon.

“For the first time we met a non-conventional army, but also an ideological organisation with deep faith: and this faith triumphed over us. We were more powerful, more technologically advanced and better armed but not possessing the fighting spirit …They were stronger than us”. This is what Brigadier General Effi Eitam, Commander of the 91st Division in counter-guerrilla operation in south Lebanon said.

Former Prime Minister Ehud Barak, the architect of the Israeli withdrawal from Lebanon, said: “The withdrawal didn’t go as planned. The deterrence of Hezbollah and its capability increased greatly. We withdrew from a nightmare”. Barak meant he had planned to leave behind him a buffer zone under the control of his Israeli proxies led by the “South Lebanon Army” (SLA) commander Antoine Lahad. However, his plans were dismantled and the resistance forced Lahad’s men to run towards the borders, freeing the occupied buffer zone. As they left Lebanon, the Israeli soldiers said: “Thank God we are leaving: no one in Israel wants to return”.

In 1982, Israel believed the time had come to invade Lebanon and force it to sign a peace agreement after eliminating the various Palestinian organisations. These groups had deviated from the Palestinian compass and had become embroiled in sectarian conflict with the Lebanese Phalange, believing that “the road to Jerusalem passed through Jounieh” (the Maronite stronghold on Mt. Lebanon, northwest of Beirut, a slogan used by Abu Iyad). Israel intended Lebanon to become the domicile of its Palestinian conflict. It failed to realise that in so doing it was letting the Shiite genie out of the bottle. Signs of this genie began to appear after the arrival of Sayyed Musa al-Sadr in Lebanon and the return of students of Sayyed Muhammad Baqir al-Sadr from Najaf to their home country and residency in the Lebanese Bekaa. Also, the victory of Imam Khomeini and the “Islamic revolution” in Iran in 1979 was not taken into consideration by Israel, and the potential consequences for the Lebanese Shia were overlooked.

The 1982 Israeli invasion triggered the emergence of the “Islamic resistance in Lebanon”, which later became known as “Hezbollah”, and it forced Israel to leave Lebanon unconditionally in 2000. This made Lebanon the first country to humiliate the Israeli army. Following their victory over the Arabs in 1949, 1956, 1967 and 1973, Israeli officials had come to believe they could occupy any Arab country “with a brass band”.

Israeli soldiers exited through the “Fatima Gate” (on the Lebanese border, also known as Good Fence, HaGader HaTova) under the watchful eyes of Suzanne Goldenberg on the other side of the border. She wrote: “After two decades and the loss of more than 1000 men, the chaotic Israeli withdrawal from southern Lebanon leaves its northern flank dangerously exposed, with Hezbollah guerrillas sitting directly on its border. The scale of the Israeli fiasco was beginning to unfold… After the Israelis pulled out of Bint Jubayl in the middle of the night, their SLA allies, already in a state of collapse in the centre of the strip, simply gave up. Branded collaborators, they and their families headed for exile. Behind them, they left tanks and other heavy equipment donated by their patrons. Shlomo Hayun, an Israeli farmer who lives on Shaar Yeshuv farm, said of the withdrawal, “This was the first time I have been ashamed to be Israeli. It was chaotic and disorganised.”

What did Israel and its allies in the Middle East achieve?

In 1978, Israel occupied a part of southern Lebanon and in 1982, for the first time, it occupied an Arab capital, Beirut. During its presence as an occupation force, Israel was responsible for several massacres amounting to war crimes. In 1992, Israel thought that it could strike a death blow to Hezbollah by assassinating its leader, Sayyed Abbas Al-Mousawi. He was replaced by his student, the charismatic leader, Sayyed Hassan Nasrallah. Nasrallah has proved to be more truthful than the Israeli leaders, and thus capable of affecting the Israeli public through his speeches, as Israeli colonel Ronen, chief Intelligence officer for the Central Command of Israel Defence Forces, has said.

The new Hezbollah leader showed his potential for standing up to and confronting Israel through TV appearances. He mastered the psychological aspects of warfare, just as he mastered the art of guerrilla war. He leads a non-conventional but organised army of militants “stronger than several armies in the Middle East,” according to Lieutenant General Gadi Eisenkot, the former Israeli Chief of Staff.

The Israeli doctrine relies on the principle of pre-emptively striking what is considered as a potential threat, in order to extinguish it in its cradle. Israel first annexed Jerusalem by declaring it in 1980 an integral part of the so-called “capital of the state of Israel”. In June 1981, it attacked and destroyed the Iraqi nuclear reactor that France had helped build. In 2007, Israel struck a building in Deir Ezzor, Syria, before it was completed, claiming that the government had been building a nuclear reactor.

6 years after its withdrawal, Israel declared war on Lebanon in 2006, with the aim of eradicating Hezbollah from the south and destroying its military capacity. Avi Kober, a member of the department of political studies at Bar Ilan University and researcher at the Israeli BESA centre said: “The war was conducted under unprecedented and favourable conditions the like which Israel has never enjoyed – internal consensus, broad international support (including tacit support on the part of moderate Arab States), and a sense of having almost unlimited time to achieve the war objectives. The IDF’s performance during this war was unsatisfactory, reflecting flawed military conceptions and poor professionalism and generalship. Not only the IDF fail in achieving battlefield decision against Hezbollah, that is, denying the enemy’s ability to carry on the fight, despite some tactical achievements, throughout the war, it played into Hizballah’s hands.”

Israel withdrew from the battle without achieving its goals: it was surprised by Hezbollah’s military equipment and fighting capabilities. Hezbollah had managed to hide its advanced weapons from the eyes of Israeli intelligence and its allies, who are present in every country including Lebanon. The result was 121 Israeli soldiers killed, 2,000 wounded, and the pride of the Israeli army and industry destroyed in the Merkava Cemetery in southern Lebanon where the Israeli advance into Wadi al-Hujeir was thwarted.

Hezbollah hit the most advanced class Israeli destroyer, the INS Spear saar-5, opposite the Lebanese coast. In the last 72 hours of the war, Israel fired 2.7 million bomblets, or cluster bombs, to cause long-term pain for Lebanon’s population, either through impeding their return or disrupting cultivation and harvest once they did return. “An unjustified degree of vindictiveness and an effort to punish the population as a whole”, said the report of the UN commission of inquiry conducted in November 2006 (Arkin M. W. (2007), Divining Victory: Airpower in the 2006 Israel-Hezbollah War, Air University Press, Alabama, pp 67-71).

The battle ended, Israel withdrew again, closed the doors behind its army, raised a fence on the Lebanese borders, and installed electronic devices and cameras to prevent any possible Hezbollah crossing into Palestine.

When Israel’s chief of staff Gabi Ashkenazi said “Israel instructed Hezbollah in the art of war”, he was right. Hezbollah has learned from the wars that Israel has waged over the years. In every war, Hezbollah saw the necessity of developing its weapons and training to match and overcome the Israeli army (which is outnumbered) and which enjoys the tacit support of Middle Eastern regimes and the most powerful western countries. Hezbollah developed its special forces’ training and armed itself with precision missiles to impose new rules of engagement, posing a real threat to the continuity of the permanent Israeli violations of Lebanon’s sovereignty.

Today, Hezbollah has sophisticated weapons, including the armed drones that it used in Syria in its war against the Takfirists, and precision missiles that can reach every region, city and airport in Israel. It has anti-ship missiles to neutralize the Israeli navy in any future attack or war on Lebanon and to hit any harbour or oil platform. It is also equipped with missiles that prevent helicopters from being involved in any future battle. The balance of deterrence has been achieved. Hezbollah can take Israel back to the Stone Age just as easily as Israel envisages returning Lebanon to the Stone Age.

Hezbollah is Israel’s worse nightmare, and it was largely created by the Israeli attempt to overthrow the regime in Lebanon, occupy Lebanon, and impose an agreement that Israel could then mould to its own liking. But the tables were turned: a very small force emerged in Lebanon to become a regional power whose powerful support was then extended to the neighbouring countries of Syria and Iraq. The harvest journey has begun.

0 thoughts on “20 years after the unconditional Israeli withdrawal from Lebanon: what has been achieved? (1)”