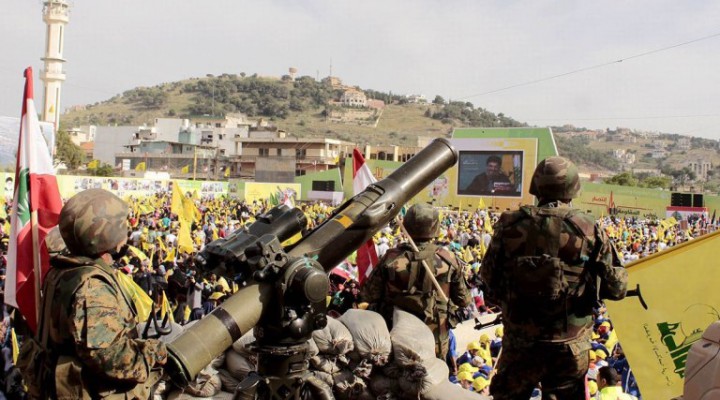 Every year, before renewing the United Nations Interim Forces in Lebanon (UNIFIL) mandate, voices are heard from Israel and the US administration asking to expand the term and duties of UNIFIL in order to serve Israel’s goals. The US administration stands shoulder to shoulder with Israel in trying to achieve by other means what it could not accomplish through military confrontation. The aim is always to cripple Hezbollah and limit its social and military capabilities. Until this goal is achieved, the UNIFIL mandate is annually renewed until the time comes when Israel no longer needs these “peacekeeping forces” in Lebanon.

Sources within the “Axis of the Resistance” believe “the presence of UNIFIL in the south of Lebanon will not change as long as it fits Israel’s interests and objectives. Otherwise, its presence or absence makes no difference to Lebanon and in particular to the south of Lebanon’s inhabitants. UNIFIL officers observe developments and report what they see without intervening or putting an end to daily Israeli violations of Lebanese territory by land, sea and air. When Israel opens the border gates and soldiers cross the borders violating Lebanon’s sovereignty, UNIFIL forces are called upon only when Lebanese Army officers take combat positions facing the intruders. When Israel declares war on Lebanon, UNIFIL counts the tanks advancing, and its headquarters receives instructions from the Israeli army as to where they can or cannot be present. The Israeli army has even bombed UNIFIL positions, under the watchful but impotent eyes of the United Nations Security Council: Israel benefits from unlimited support from the US.”

In 1996, Israel bombed the UNIFIL base at Qana, in the south of Lebanon, killing 106 civilians and wounding 106 and 4 UNIFIL officers. The Lebanese civilians, elderly, women and children, thought they were in a safe place and that the blue helmets would protect them from Israeli bombing. They did not realize how little regard Israel has for the UN and for civilians as long as it enjoys US protection at the UN Security Council. In 2006, Israel bombed the same village, killing 54 civilians including 37 children. The UNSC reaction was timid, merely a request for cessation of war and a verbal condemnation of Israel. No action was taken against what it is universally recognized as a war crime.

“Israel wants UNIFIL to keep an eye on Hezbollah, its movements, its weapon warehouses and the presence of its leaders. Within UNIFIL forces, participating countries have close ties to Israeli Intelligence Services. Furthermore, Israeli officers invite UNIFIL officers to spend the weekend across the border. Thus, Western and Middle Eastern collaboration with Israel is a verifiable fact. This is one of the reasons why Israel encourages UNIFIL to stay”, said the source.

Israel reservist Brigadier General Assaf Orion wrote that Hezbollah’s “impressive military growth took place despite two obstacles: deep involvement in regional fighting, especially in the Syrian war, and the UNIFIL mandate. Hezbollah’s current arsenal is estimated to include 130,000 rockets and missiles of various ranges and warhead sizes, in addition to attack drones, coast-to-sea missiles and surface-to-air-missiles. This massive firepower exceeds that of most nation-states.”

This is precisely why Israel is looking for a way to counter Hezbollah’s capability to defeat it, and open a safe passage for its forces to invade Lebanon and occupy part of its land or sea territory.

“Hezbollah spends on its members and civilian institutions which support the population a budget more than the double the yearly UNIFIL budget. Therefore, it is ridiculous to consider the amount UNIFIL spends in Lebanon as the reason behind its “accepted” presence. The existence or absence of UNIFIL is irrelevant to Hezbollah’s activity. UNIFIL’s presence is linked to how much benefit this presence offers to Israel in the first place, not to the “Axis of the Resistance” and its struggle against the Israeli occupation. In any event, whenever Israel declares war on Lebanon, the presence of UNIFIL is not taken into consideration. Therefore, these forces are not present to protect the country. However, Israel believes it can twist the Lebanese government’s arm to change the rules of engagement and corner Hezbollah, due to Lebanon’s current financial difficulties. This won’t happen because Hezbollah is an integrated part of Lebanese society and its institutions. It is present in the parliament, in the cabinet and among the security forces. Therefore, any attempt to target or isolate or remove Hezbollah is doomed to failure.”

Israel is well aware of Hezbollah’s military capability and, in particular, its precision missiles with destructive warheads. Thus, the possibility of starting a war – even if Hezbollah’s leaders never preclude this possibility – is null, as long as Hezbollah updates its arsenal. This is why Israel needs to look for other ways to disrupt Hezbollah’s modern weapons supply. When Israel and the US fail to reach this objective, they try to reach out for other states/friends to counter Hezbollah through sanctioning the society that it is part of and which protects Hezbollah. This society amounts to at least a third of Lebanon, not counting other religious groups who support Hezbollah’s objectives and protect Lebanon when the government fails to do so.

The current attempt to aim to alter the mandate and objectives of the UN forces in Lebanon is nothing new. Confrontations between the Lebanese population in the south of Lebanon and the UNIFIL forces have taken place on several occasions when UN forces tried to investigate house contents in several villages but were forced to stand down and leave. These attempts failed to block Hezbollah or to change the nature of the presence of UNIFIL. Another attempt to close all illegal border crossings between Lebanon and Syria was blown up by the US itself: Last March, a US plane landed at the US embassy in Beirut and, without coordination with Lebanese officials, illegally smuggled out of the country a Lebanese citizen, Amer al-Fakhoury, accused of being an Israeli collaborator. The US revealed how little it cares about Lebanese sovereignty and how, in broad daylight, it can smuggle people out of Lebanon with no consideration for the host country.

However, even the US’s blatant smuggling of al-Fakhoury out of the country cannot compare with the road Hezbollah has established between Syria and Lebanon to bring in its most modern weapons. The Lebanese government acknowledged the role of Hezbollah in defending the country in its ministerial plan and documents presented and approved by parliament. Lebanon – due to US pressure preventing it from having adequate missiles to stop Israel’s continuous violation of its sovereignty – relies on Hezbollah’s military capability to impose rules of engagement on Israel and thus prevent it from invading Lebanon.

Hezbollah has confirmed on several occasions its capacity to send powerful messages to Israel each time Israel tries to change the rules of deterrence. Israel has accepted its humiliation without responding to Hezbollah’s retaliation in recent months. This is why Tel Aviv seeks to find other options to push forward, to do the job it has so far failed to achieve. All previous attempts to curb Hezbollah’s effectiveness have been themselves ineffectual, and there is no indication that further efforts will succeed. To stop Hezbollah, Israel needs to give up the occupied territories and its expansionist objectives. Unfortunately, this is a policy no Israeli leader could ever conceive of because it is a fixed part of Israeli ideology to hang on to the occupied territories and to live in a state of war. This rigid Israeli policy is, in turn, the basis for Hezbollah’s deterrence policy and its necessity to be omnipresent.

Proofread by:  Maurice Brasher and C.G.B.

UNIFIL serves Israel, so the Hezbollah deterrence will remain

0 thoughts on “UNIFIL Serves Israel, So The Hezbollah Deterrence Will Remain”