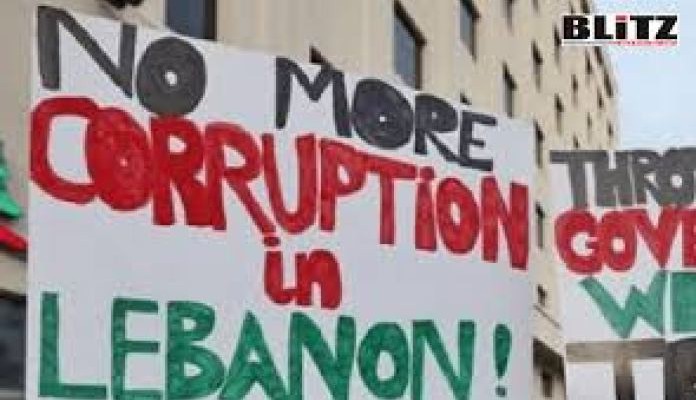 The current government in Lebanon is challenging its politicians with the accusation of having supported the corrupt political and financial system for at least three decades. These politicians accuse Hezbollah, claiming that it is responsible for this corruption. And indeed, Hezbollah is repeatedly accused of supporting street campaigns to eliminate political opponents or to control the country.

Accordingly, Hezbollah has become in the eyes of some establishment figures the “great Satan” whose leadership seems able to get its hands on all the critical positions in Lebanon’s politics and administration. Members of Parliament sought, but failed to obtain, a majority of votes so as to allow the justice system to question any former or active minister responsible from 1990 to date. But even Hezbollah’s closest allies failed to support the resolution, indicating limitations operating within the Lebanese constitutional system. Hezbollah’s overwhelming military power, decades of fighting experience and precision missiles were all useless for confronting and combating the corruption deeply rooted in the country.

Hezbollah is repeatedly accused of controlling nominations and appointments in the present Lebanese government- to the point where many politicians and analysts call it the government of Hezbollah. However, the selection of current Prime Minister Hassan Diab was agreed to by the former Prime Minister Saad Hariri, who refused to assume responsibility for leading the country, notwithstanding the pleading even of his political opponents. Hariri, leading a political party, wanted to select technocrats without consulting the majority ruling parliament, an unconstitutional request that was dismissed by the majority of members of parliament. Moreover, it was logical for Hariri to avoid being nominated as Prime Minister when he has never acted as one and was, along with his father the late Prime Minister Rafic Hariri, responsible for decades of corruption and mismanagement of the country.

It is to Hezbollah’s advantage to see a prosperous country because its Shia leadership and members are part of more than 30% of the total population, a section of society considered to be among the poorest in the country. A significant number of these people have no means to travel abroad, and even many of the richest members of Shia society are hunted by the US or on its list of terrorists. The US administration wrongly believes it can curb or isolate Hezbollah’s capability by turning its society against it. It is never apparently enough to remind the US that the majority of Shia society is either part of Hezbollah or supports it; it is therefore impossible to create a split.

Hezbollah has succeeded in defending the Shia southern part of the country from Israeli aspirations to extend its jurisdiction over the whole country, beyond occupied Palestine. This Shia organisation was the only entity capable of defeating Israel, forcing its strong army to end its occupation and leave Lebanon and impose an equation of deterrence to prevent further aggression. It has also protected the country from the Takfiri (ISIS and al-Qaeda) who aimed, even before the war in Syria in 2011, to expand their “Islamic State” to the entire Levant.

However, although Hezbollah leader Sayyed Hassan Nasrallah has promised to uproot corruption, his weapons seem unequal to this task. He must face a certain reality: his closest allies have been, and still are, an integral a part of the corrupt system, along with other political leaders in the opposition camp. Hezbollah is far from being in a position to confront its allies, particularly the Speaker Nabih Berri, the Leader of “AMAL” movement. He is one of the main protagonists of Rafic Hariri’s team of the corrupt politicians he has surrounded himself with for decades right up to his assassination in 2005. The Speaker is particularly feared for the energy with which he protects his businesses and his family’s accumulated wealth since he reached power in Lebanon. Because Berri stood against Hezbollah and fought against it in the 80s, Hezbollah is not willing to face again the same risk of intra-Shiite confrontation.

The governor of the Central Bank, Riyad Salame, was accused by Prime Minister Diab of being responsible for the deterioration of the local currency and for acting against the interests of the country and contrary to the financial policy of the government. To protect himself, Salame told the New York Times that Hezbollah had attacked him: “I worked very hard to put in place a special investigation commission to combat money laundering and terrorist financing, and I never compromised on this. Those who suffered from my decisions are now trying to drag me down with accusations of corruption”.

The Central Bank Governor is of course protected by the US administration, supported by the US embassy in Beirut and therefore considered “untouchable”. And even Hezbollah’s closest allies offered several names to the US Ambassador in Beirut (notwithstanding the slogan “government of Hezbollah”) – candidates they could approve as potential replacements for Salame when the time comes.

What is most surprising is the fact that the Maronite Patriarch stood fully behind the Central Bank Governor Riyad Salamé, as well as the Sunni ex-minister Nuhad Mashnouq and the Shia Speaker and his two cabinet ministers, to protect Salamé: all stood against Hezbollah. Even the depositors who couldn’t access their savings for months were unable to bring for trial Salamé and those politicians accused of corruption.

Prime Minister Hasan Diab has decided to change the “Lebanese business as usual” conduct of almost every Prime Minister and cabinet who have ruled the country in the last decades. Mr Diab, a professor at the American University of Beirut, is a technocrat who formed a government of experts. However, these experts were appointed by politicians, including Hezbollah, who have representation in the Lebanese parliament. The Prime Minister is accused of “vindictive” behaviour by the current politicians (who ruled and continue to rule the country) because he is willing to try to claw back billions of dollars transferred by them from Lebanon to foreign accounts outside the state, and this amid the harshest economic crisis the country has faced, with over $87 billion deficit.

The Druse Leader, Walid Jumblat, also accused the “great Satan” Hezbollah, of managing the government’s decision through “black operational rooms to control what remains of Lebanon”. One of Hezbollah’s closest allies responded: “Give Jumblat something to satisfy him, and he will cease his accusations. You know how things go”.

Politicians want Mr Diab to stop digging up ancient corruption files, and to keep things as they were. The opposition – supported by the Shia Speaker Nabih Berri, the Sunni former PM Saad Hariri, the Druse Leader Walid Jumblat and the Maronite “Lebanese Forces” Leader Samir Geagea – are challenging Prime Minister Diab. They are trying to prevent him from reaching his objectives. These objectives are not limited to claiming back the funds transferred, they also aim to remove the governor of the Central Bank in a bid to avoid a bankrupt state. And the government as a whole is facing the unprecedented challenge of the coronavirus pandemic and its consequences for a country already in severe financial difficulty whose infrastructure has been eroded by previous governments’ corruption and mismanagement.

The Speaker, who has occasionally been accused of being the protector of Hezbollah, is considered today the “guarantor of Lebanon”. The political cards are being reshuffled, and although Hezbollah’s strategic allies are still defined as such, they no longer act accordingly, nor in harmony with Hezbollah’s declared objective to fight corruption. The justice system will remain at the mercy of these “angelic” politicians – directly accused of corruption by the people – because they are the ones who select the judges. They are fighting today for their self-protection from any government attempt to examine their long-term theft of the country’s wealth. Hezbollah is isolated and, in the eyes of these corrupt “angels”, has become the “great Satan”.

Hezbollah supported a Prime Minister and a cabinet all friendly to the US, so that Diab could run a country itself in severe crisis, and benefit from the support of the international community. However, the continuous unrest shows that Diab is not being allowed to govern. This indicates that the pro-US Lebanese politicians’ objective is to bring down the government, forcing it to resign. If this happens, and the government resigns, there are strong indications that the situation will turn against the confessionalism ruling system in Lebanon- and the al-Taef agreement will be on the table. In this case, whichever group holds the most power may select a government, and leaders of the country, which favour itself at the expense of all other groups.

Lebanon: the background to the banking crisis of the century

0 thoughts on “Hezbollah is now the “Great Satan””