HOME / WORLD / 100 days after the assassination of Soleimani: Did the US achieve its objectives? 1/2 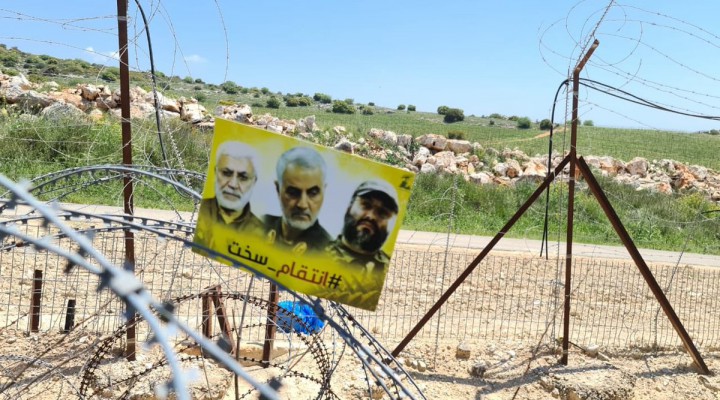 On the 3rd January 2020, a US drone assassinated Brigadier General Qassem Soleimani, Commander of the Iranian Revolutionary Guard Corps – Quds Brigade at Baghdad airport. Soleimani had come to Iraq at the request of Prime Minister Adil Abdel Mahdi following ongoing mediation between Iran and Saudi Arabia- plus a request from President Donald Trump for Iraq to convince Iran to de-escalate the high tension dominating the Middle East. Soleimani had been also appointed by the Iraqi government as a military advisor for the war on ISIS. Destiny waited for the Iraqi commander Abu Mahdi al-Muhandes to be present welcoming Soleimani and be assassinated as well by the US. Over 100 days have now gone by. What were the US’s objectives- and what did they really achieve? Sardar (Commander) Soleimani was also leading the “Axis of the Resistance” that expands from Gaza, Beirut, Damascus, Baghdad, Tehran, to Sanaa.

Following the assassination of Soleimani, the leader of the revolution Sayyed Ali Khamenei replaced him with his deputy, General Ismail Qaani.  Soleimani had nominated Qaani as his substitute in case of martyrdom, a martyrdom Soleimani had aspired to for many years.

The first visit of the Iranian general Qaani was to Syria, where he met President Bashar al-Assad (on several occasions). He also visited the front line in Aleppo and Idlib (the city hosting “the largest Al Qaeda safe haven since 9/11”), and met with field commanders to have a sense of the terrain where his officers and allies are deployed, ready to re-take the M4 linking Aleppo to Latakia if Turkey failed to remove jihadists along the road.

Sources close to the leaders of the “Axis of the Resistance” said that General Qaani “confirmed to President Assad the total support of Iran for the stability and unity of the Syrian territory and its effort to liberate the country from all occupation forces. Mr Assad thanked the Iranian general and expressed his appreciation of Iranian support at a time of harsh US sanctions and the spread of the coronavirus.”

In Damascus, Qaani met with Palestinian leaders to reconfirm what was agreed upon in Tehran and Iran’s commitment to support the Palestinian cause.  Qaani also visited Lebanon where he met Hezbollah Secretary General Sayyed Hassan Nasrallah and travelled to Iraq to meet officials, as did his late superior Qassem Soleimani. The Iranian officer carried one message to all members of the “Axis of the Resistance” he has met: Iran considers the “Axis of the Resistance” as part of its national security and is determined to increase support to its allies as needed. The IRGC-Quds brigade leader is walking in the footsteps of his predecessor Qassem Soleimani in shaping personal relationships with his allies.

The funerals of Soleimani and Abu Mahdi al-Muhandes gathered millions onto the streets of Iran to rally behind the leaders of the country. Before the assassination of these leaders, Iran was suffering unrest caused by mobs who encouraged the destabilisation of the country. Over 731 banks, 307 automobiles and 1076 motorcycles were torched, 140 public places, 70 gas stations damaged—evidence of the tangible intention behind the protests. After the assassination, Iran was more united than ever, notwithstanding the US trying to cripple the country with harsh sanctions.

President Trump and his administration wrongly believed the Iranians would consider the assassination an opportunity to rise against the leadership, thinking it could weaken the IRGC. The result was completely the opposite. In fact, the US President offered a unique gift to the unity and solidarity of the Iranians that could only be achieved by assassinating a national figure like Soleimani. Not because Soleimani was indispensable, but because assassinating a commander who led the war against Al-Qaeda and ISIS to protect Iran from the Takfiri was wholly unacceptable. The commanders were assassinated by an arrogant leader who clearly enjoyed about following “the last minutes” before his drone killed Soleimani and Muhandes at Baghdad’s airport–  a neutral ground where the US is supposed to be a guest respecting the rules of the country.

The reaction was spectacular and unexpected: Sayyed Ali Khamenei was seen at the operational room giving out orders to hit US objectives. Furthermore, Iran used its truck-based launchers to fire its Qiam liquid-fuel missiles against US bases in Ayn al-Assad Anbar and Erbil, in Iraq. Using a liquid rather than solid fuel indicates that Iran deployed the missiles for hours to prepare them for launch, rather than minutes as when using solid fuel, giving ample possibility for US satellites to see the preparations.

Indeed, the American administration sent an urgent cable to the Swiss embassy in Tehran warning Iran against any attack, saying it would be met with disproportionate fire-power. Iran responded by giving the exact location of the intended bombing, the two US bases, adding that all US military bases in the Middle East would be bombed if the US were to retaliate against the firing of its ballistic missiles. The importance of this “dialogue” reveals the consequences of the US assassination of Soleimani: Iran, for the first time, challenged a superpower face-to-face, warned it of its bombing intention and specified the targets, not only disregarding the US threat but replying with another threat that the US has not seen or experienced since World War II.

Iran did not use its allies to attack the US but, under the watchful eyes of the world, challenged a superpower that surrounds Iran with dozens of military bases. The cost of the assassination of Soleimani will enter the history books, and confirms the decline of the US empire. A small country with relatively limited military capability challenged and hit a superpower with military forces spread throughout the world.

The US assassinated Soleimani and Iran assassinated the US’s pride and image. The US President became a laughing-stock when he later announced that over 100 US soldiers had been diagnosed with traumatic brain injuries. The boost to the “Axis of the Resistance” was unprecedented. Countries in the Middle East are not used to vanquishing powerful enemies and must always be on the defensive. At the same time as the US believed it was breaking Iran’s back with the harshest sanctions ever, the “Islamic Republic” showed it was far from ready for submission. The US President, Trump, in his term ending this year (or even in a second term, or that of any new US President), will fail to impose his terms on an Iran full of energy and prepared for all-out war.

The strategic consequences of Soleimani’s assassination and the Iranian direct bombing of the US bases are boosting the “Axis of the Resistance” as never before. Iran’s allies seem now to have no fear of confronting the US face-to-face on any platform. Soleimani was not killed on the battlefield but by a drone guided from afar. Iran gave notice to the US about the timing of the bombing of its bases and fulfilled its plan, allowing US and coalition forces to hide in their shelters. The assassination of Soleimani turned against the US and in favour of the “Axis of the Resistance”- despite its loss of an important leader.

0 thoughts on “100 days after the assassination of Soleimani: Did the US achieve its objectives? 1/2”