HOME / WORLD / Iran is in Syria to stay, and Damascus’s response towards Israel is only postponed 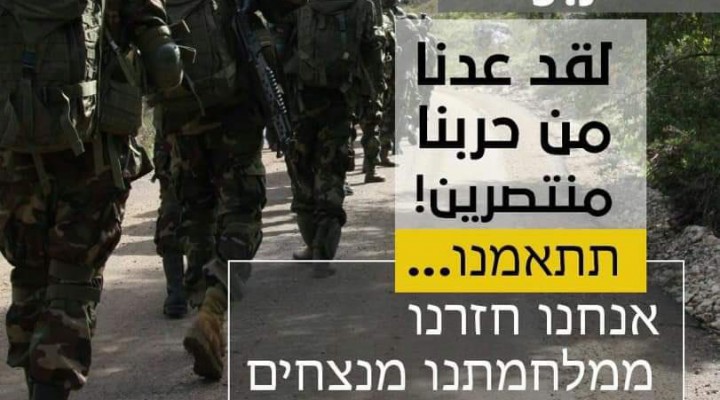 Recently, Israel claimed Iran was withdrawing its forces from Syria following the repetitive airstrikes Tel Aviv jets carried out from above Lebanon and additionally violating Iraqi air space. Furthermore, Israeli officials seem to believe that Iran can’t accept being challenged in Syria, yet is still far from seeking revenge anytime soon. This is Israeli wishful thinking, wanting to drag Iran into a confrontation according to Tel Aviv’s own terms and timetable. This tactic to drag Iran into the war seems to be supported both by Israel and the US, offering President Donald Trump the potential victory he needs for his forthcoming election. It follows his personal failure, and that of his administration, in dealing with the COVID-19 pandemic. But Iran is not walking into this trap.

Sources within the “Axis of the Resistance” believe that “if Israel tries to drag the ‘Axis of the Resistance’ into a confrontation, its timing and circumstances may not always be favourable. Israel would indeed like to offer support to Trump following the mounting criticism against him and his administration due to the poor performance and the failure to avoid high casualties caused by the coronavirus. And by pushing Iran towards a confrontation, Israel believed it would be an opportunity for Trump to intervene and register a success provided that Tehran retaliates. However, the Israeli bombing of several objectives in Syria was limited to warehouses and arms depots, intentionally reducing human losses precisely to avoid an equal or greater reaction. However, Israel is also aware that Iran won’t respond to its attacks directly but through its allies, with the Iranian fingerprint on the response when suitable”.

“Israel is trying to support the US President by shifting the mood of the western media that is very hostile to Trump and offer for his forthcoming election a possible confrontation with Iran. Tehran is not ready to walk into this trap and is simply replacing damaged or obsolete weapons-there are large quantities of Iranian weapons that belong to the older generation and which are less precise. The new Iranian weapons belong to a generation much more modern than the ones which hit the US base at Ayn al-Assad. But the oldest generation of missiles remains useful for use in bombing big cities. They also serve to create substantial damage and divert the targeting of interception missiles to allow the hole for the more precise missiles to go through and reach their targets. In any case, Israel is targeting only a small part of the missiles and other weapons ready for the Syrian army, Iraq and Lebanon to defend themselves with, in case of war with Israel”.

Israeli Defence Minister Naftali Bennet said that for one cargo of weapons bombed, Israel allows five to go through. This statement confirms what the “Axis of the Resistance” is saying about the availability of large quantities of weapons already filling up their warehouses and the incapacity of Israel to destroy them all.

The sources indicate that “Syria doesn’t need to start a new front with Israel as long as the US is occupying the north-east, looking for a new war as long as Trump is in power (he who is leading a US administration ever faithful to Israel). Syria is not looking for a policy for deterring Israel even if it were very easy to achieve. Syria can launch dozens of missiles simultaneously against selective Israeli targets to stop its abuse and continuous violation of Syria’s sovereignty. However, the government in Damascus has other priorities at the moment, primarily the liberation of the territories occupied by Turkey and the US, followed by the elimination of jihadists and the rebuilding of Syria’s infrastructure. So the confrontation with Israel is postponed, but will inevitably take place”.

Concerning the claim that Iranian forces are moving out of Syria, sources confirmed that “Iran has a well-established relationship with Syria. The Syrian President Bashar al-Assad is increasing the military-industrial-medical-oil collaboration between the two countries. Also, Iran has abandoned dozens of locations over a year ago to be established in less exposed locations in Syria. Therefore, Israel is attempting to throw dust in our eyes when spreading false claims about its fake achievement in pushing Iran out of Syria. The Israeli attacks, even if somewhat damaging to weapons warehouses, are more of a show, and are very far from preventing Iranian military, training and armaments for Syria. The Syrian-Iranian relationship is robust, standing on firm ground and reinforced more than ever following a decade of war on Syria and the Iranian support for the government of Damascus”.

Trump is running away from his responsibilities and his failure to protect his country from COVID-19, he who was informed about it months before it reached America. He is now provoking China and sending mercenaries to Venezuela. Like Trump, Prime Minister Benjamin Netanyahu is also walking in the same footsteps following his failure in facing the coronavirus and not confronting the Lebanese Hezbollah. In the last confrontation, Israel destroyed a car belonging to Hezbollah on the Syria borders, causing no casualties. Hezbollah responded by cutting the fence on three different locations along the Lebanese borders. This act was translated as a severe warning to Israel where settlers live with the nightmare that thousands of well-trained and warfare experienced special forces could  cross to Palestine in any future war triggered by Israel. It seems Hezbollah finds it very easy to cross borders and move the war strategically outside Lebanese territory.

Israel bombs Syria because it is incapable of confronting Hezbollah, notwithstanding the tremendous firepower of the Israelis. Therefore, Syria became the only place Israel could vent and keep the morale of its army at a high level. Hezbollah has broken the Israeli deterrence and superiority of armament and military firepower, and managed to impose a new deterrence on Israel, that the Israelis are failing to maintain or to face.

Israel remains in a state of readiness for a potential war with the Axis of the Resistance. However, it is also preparing itself, evolving its firepower, increasing its precision missiles, raising its special forces training and developing special training for a war of drones similar to the one unleashed in Idlib, the Saraqeb battle with Turkey. The Syrian Army has gathered unique skills in 10 years of war and is ready more than ever to face any challenge, even to confront Israel when the time should come. Therefore, any media or official Israeli source claiming the destruction of Syria’s military capability and the intention of Iran to leave Syria is a paper victory, worthless on the ground. Israel’s claim is a mirage.

Iran is in Syria to stay, and Damascus’s response towards Israel is only postponed.

0 thoughts on “Iran is in Syria to stay, and Damascus’s response towards Israel is only postponed”