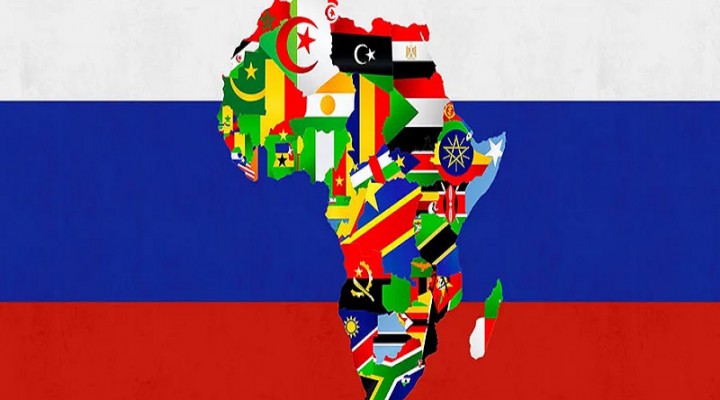 When one thinks about liberation, the first thing that comes to the minds of many is Africa’s decolonization cause, which regrettably hasn’t yet been completed in full. It therefore naturally follows that if Russia wants to obtain credibility for its global revolutionary manifesto, then it must actively support Africa in finally finishing this process, ergo Lavrov’s promise to that end.

Russian Foreign Minister Lavrov published an article on Friday ahead of his visit to Egypt, Ethiopia, Uganda, and the Congo Republic articulating his country’s policy towards the continent. The most important part concerns his pledge that Russia will help its partners there finally complete the process of decolonization. The first step, as he sees it, has already been accomplished upon the creation of regional integration organizations such as the East African Community (EAC) and the Intergovernmental Authority on Development (IGAD). Then came the African Continental Free Trade Area (AfCTFA), which Lavrov regards as “an important step towards the true economic independence of the continent, its final liberation from any manifestations of discrimination and coercion.”

There’s still a lot more to do, however, which is why the Russian Foreign Minister said that “we stand in solidarity with the demands of the Africans to complete the process of decolonization and we are supporting relevant initiatives at the UN platform.” Prior to that declaration, he reminded everyone of the comprehensive support that his country gave to its African partners over the decades in the economic, military, and political domains, suggesting that Moscow intends to revive that tradition, albeit through mutually beneficial deals instead of pro bono assistance like during the Soviet era. Russia’s top diplomat hinted that large-scale infrastructure projects will serve as the flagships in this respect, and he reassured his partners that their forthcoming transactions will be sanctions-proof.

Lavrov’s article comes just two days after President Putin shared his global revolutionary manifesto where he essentially committed to liberating the entire world from the Golden Billion’s yoke as the only realistic means for sustainably ensuring his civilization-state’s national interests. Seeing as how many (but importantly not all) things are coordinated in the world of high-level diplomacy, it can’t be discounted that the Russian leader intended for his manifesto to precede Lavrov’s more detailed articulation of it in the African context prior to his trip to the continent. After all, when one thinks about liberation, the first thing that comes to the minds of many is Africa’s decolonization cause, which regrettably hasn’t yet been completed in full.

It therefore naturally follows that if Russia wants to obtain credibility for its global revolutionary manifesto, then it must actively support Africa in finally finishing this process, ergo Lavrov’s promise to that end. Objectively speaking, impressive progress has already been made thus far since the start of the year with respect to African countries’ refusal to sanction Russia in spite of considerable Western pressure, which its top diplomat said “deserves deep respect.” It should also be noted that African leaders snubbed Zelensky late last month too since they aren’t brainwashed by the West’s latest cult. These expressions of principled neutrality confirm the newly strengthened sovereignty of African states at this latest phase of the global systemic transition to multipolarity.

Nevertheless, the Golden Billion’s neocolonial chains are still wrapped around the economies of many African countries, especially those that still employ the Central and West African Francs. It’s going to be extremely difficult to liberate those states in particular, yet the pioneering example shown by the Malian junta inspires hope that progress will nonetheless be made, whether slowly and surely or rapidly and revolutionarily. That said, it’s precisely because of these promising trends that there’s serious concern about West Africa becoming a major theater of proxy warfare in the coming future, though those countries like Mali that once again become victims of Western unconventional aggression can certainly count on Russian support in terms of training, logistics, and intelligence.

What’s intriguing about the New Cold War is how closely it resembles the Old Cold War in many respects, such as the focus on African liberation movements, albeit in a modern context. Instead of the USSR arming freedom fighters against their European colonial overlords, the Russian Federation is committed to helping the continent achieve true economic independence in order to break the neocolonial shackles that continue to deprive some of them of genuine sovereignty. There also isn’t a competition over ideological models anymore either, with everything being simplified in terms of the Golden Billion doing its utmost to retain its control over many African countries by proxy while Russia simply wants to provide those same countries with the chance to determine their own futures.

Apart from the ethical aspect of this policy, the other reason why Russia’s practicing it is because it believes that truly independent countries behave more predictably, which in turn stabilizes International Relations. Just like Ethiopia and India already do, those other Global South states – especially in Africa – that prioritize the pursuit of their national interests (though importantly not at any third party’s expense) are easier to work with and are more peaceful. They wouldn’t ever sacrifice their people’s energy, food, or even military security simply to please a neocolonial overlord halfway across the world. By facilitating Africa’s final liberation from the Golden Billion’s economic-financial yoke, Russia is thus ensuring that the continent’s future will match its full potential with time.