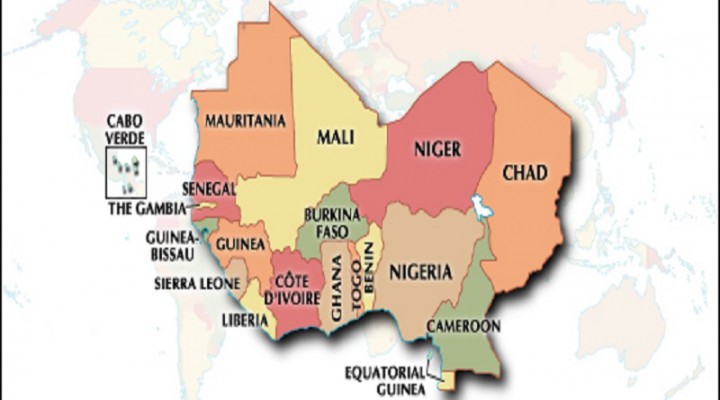 In all likelihood, observers should expect that a fierce “shadow war” will be waged between the unipolar and multipolar blocs across West Africa in the coming future.

West Africa isn’t generally thought of in the context of the New Cold War between US-led unipolar liberal-globalists (ULG) and the jointly Russian- and Chinese-led multipolar conservative-sovereigntists (MCS), but that might soon change as a result of the EU setting its military sights on the region. EU Observer reported on a strategic review that was shared by the EU External Action Service (somewhat akin to a Foreign Ministry) late last month that called for the bloc to urgently open military missions in Burkina Faso, Niger, and an as-yet-determined Gulf of Guinea state. The reason why this should happen as soon as possible is supposedly due to concerns that Russia is gradually pushing the US-led West out of the continent as evidenced by its recent successes in that respect in the Central African Republic, Mali, and even Burkina Faso itself to an extent according to the cited report.

There’s more to the EU’s proposed “military diplomacy” than simply using military means to defend and possibly even expand their political influence. Before getting to that, though, it’s important to briefly explain how the envisioned policy is unofficially supposed to work. It’ll never be openly admitted by the US-led West, but the military and intelligence services of many African states exert disproportionate influence within these countries’ national models of democracy. It therefore follows that the leveraging of influence by an external force within these “deep state” structures can either greatly strengthen or weaken their governments. In recent years, Russia employed precisely this path by appealing to patriotic elements’ sincere desire to counter Hybrid War threats, which oftentimes come from the US-led West or were exacerbated and/or neglected by them, to accept Moscow’s unofficial security assistance.

Being understandably displeased with the present state of affairs, especially with respect to those French forces deployed in the region who hadn’t made any tangible anti-terrorist successes despite their nearly decade-long mission there, it made perfect sense why some countries’ military and intelligence services would be receptive to Russia’s outreaches. With time, those that accepted its informal security assistance gradually began to liberate their foreign policies and thus refused to always comply with the US-led West’s demands. Moscow’s modus operandi has therefore proven itself to be extremely effective, both in terms of results and costs, which has in turn prompted panic across the US-led West. Not only does this bloc want to retain and expand its influence in West Africa just for prestige’s sake vis a vis Russia on faux “democratic” pretexts, but it also has two ulterior motives as well.

The first concerns the EU’s expected replacement of sanctioned Russian resources with African ones, which necessitates safeguarding their future investments via proxy, ergo the means of “military diplomacy” to achieve the political end of expanding their envisioned “sphere of influence”. In pursuit of this, they’ll either employ their aforementioned means for “regime reinforcement” (supporting pro-Western African governments) or regime change, the first of which can be advanced by purging multipolar-friendly members of the military and intelligence services while the second can be carried out by taking advantage of the socio-political consequences triggered by the US-led West’s artificially manufactured global food crisis that the Russian Ambassador to the UN exposed last month. That dangerous context deserves some further elaboration so as to be properly understood.

To simplify the situation, the US-led West is lying about the cause of this crisis since its roots predate the Ukrainian Conflict and actually go back two years prior to the onset of the COVID-19 pandemic. Furthermore, the Russian Ambassador to the UN shared his country’s suspicion that Ukraine is exporting its agricultural products overland to the already well-stockpiled EU states in exchange for arms instead of them facilitating these commodities’ rerouting to those Global South states that most urgently need them. Many African countries are expected to suffer from this artificially manufactured famine since quite a few of them depend on Ukrainian agricultural imports that are now very difficult to receive, especially due to technical complications caused by the US-led West’s anti-Russian sanctions. A lot of observers expect that the resultant consequence could be another large-scale refugee crisis.

Building upon that prediction, the EU’s “military diplomacy” in West Africa could also be practiced under the misleading pretext of preventing massive outflows of people to the bloc by training the local security services to deal with food riots and whatnot in support of “regime reinforcement”, while the regime change end could be advanced by exploiting this artificially manufactured instability for toppling multipolar-friendly governments via Western-backed security figures. Those governments that are either already aligned with the West, pivot towards that bloc throughout the course of this impending humanitarian crisis, or are replaced with Western-friendly ones as a result of EU-backed coups could then be “rewarded” for clinching resource and/or migration deals with the EU by Brussels redirecting Ukraine’s agricultural products to their countries and/or sharing some of their own stockpiles with them.

It should also be pointed out that there’s a Chinese dimension to all of this too since the People’s Republic cannot sustainably maintain its impressive growth rates throughout this century without African labor, markets, and resources, the same as that continent can’t sustain its own without no-strings-attached Chinese loans, technology sharing and skills training, and access to that country’s massive market. For this reason, both sides are jointly working to ensure that the 21st century is an Afro-Sino Century due to their complex interdependence on one another, which will accelerate the global systemic transition to multipolarity if successful. That outcome, however, is exactly the reason why the US-led West wants to sabotage this process through Hybrid Warfare, especially with respect to the interconnected means of the EU’s “military diplomacy” and the artificially manufactured food crisis.

“Poaching” African governments away from the jointly Russian- and Chinese-led multipolar bloc and back towards the US-led unipolar one will weaken the former and thus by default give the latter a zero-sum strategic edge. The West can proverbially kill multiple birds with one stone depending on which African governments are overthrown: resource security could be ensured; large-scale migration flows can be prevented; Russian influence could be rolled back; and China’s Belt & Road Initiative (BRI) would have less of a chance of leading to the Afro-Sino Century that both need in order to institutionalize the emerging model of multipolar globalization. China is practically powerless to influence events across the continent since it lacks the military and intelligence means to do so but Russia is altogether different in this respect, which is why its own practice of “military diplomacy” becomes much more significant.

Just like the EU can employ this means for “regime reinforcement” or regime change, so too can Russia as was earlier explained, which suggests that a fierce “shadow war” will be waged between the unipolar and multipolar blocs across West Africa in the coming future. If the West wins, then it’ll solidify its envisioned “sphere of influence” and basically be able to cut this part of the continent off from the rest, while a multipolar victory would put these forces literally right on the doorstep of the US’ European vassals. There’s actually quite a lot at stake of one takes the time to think about it, but it’ll be difficult to objectively observe the state of their intensifying New Cold War competition there because so much of it is being waged behind the scenes and away from the public eye. For this reason, everyone can expect a lot of fake news and speculation in the coming future as the EU and Russia struggle for influence there.